I have this obsession of taking every non-Korean recipe and trying to put a Korean spin on it. When I have a “eureka” moment, the result is published here. 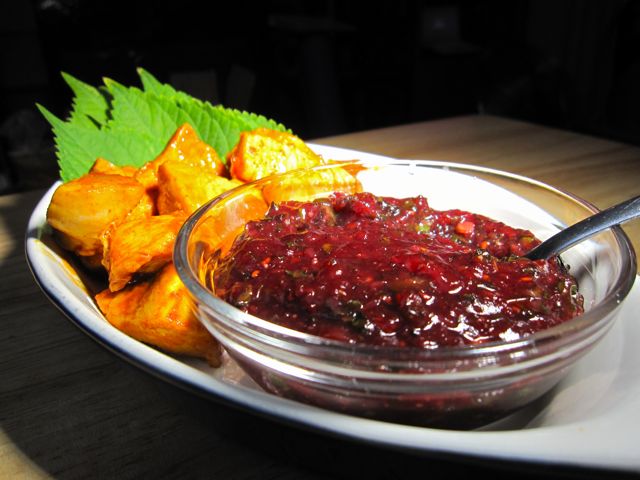 Just a suggestion: Serve this sauce with some grilled Korean barbecue and lettuce or large leafy herb (깻잎 kkaennip/shiso/perilla shown here) for a low-carb lunch or dinner. (Tammy Quackenbush photo)

My current “eureka” moment comes from a recipe by Amy of  Amy’s Cooking Adventures. I took her Spicy Raspberry Sauce and transformed it into a Koreafornian concoction Raspberry Ssamjang. (Thanks to the Secret Recipe Club.)

Ssamjang (쌈장) is a spicy paste made from fermented soybean paste (된장 doenjang), red pepper paste (고추장 gochujang), sesame oil and seasonings such as green onion and garlic. Ssamjang is sold in most Korean grocery stores in small or large green tubs. If you don’t read Korean, just look for the green tubs.

Ssam is Korean for “wrapping”;  jang, for sauce. So ssamjang is a sauce made for flavoring leaves for wrapping around food. 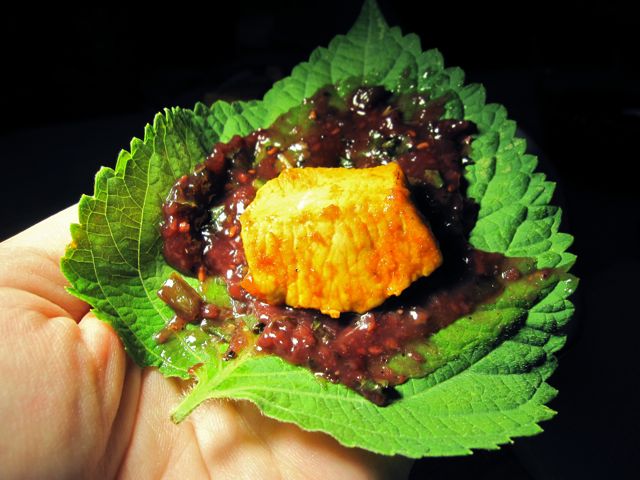 For barbecued and grilled foods, Koreans will take a piece of or whole leaf of lettuce or a broad-leafed herb such as 깻잎 kkaennip (perilla in English), spread some ssamjang on it, top with meat and rice, and pop it in their mouths like a small bite-sized sushi roll.

This isn’t the first ssamjang I’ve made that excluded the basic doenjang, gochujang and sesame oil combo. In May I developed Peanut Ssamjang. Now, with the Raspberry Ssamjang, I have the makings for a weird peanut butter and jelly sandwich.

The combination of the pectin in the raspberry jam and the cornstarch thickened the sauce nicely, thick, yet spreadable. If you leave out the cornstarch it would still be thick and saucy enough to cling to your lettuce wrap. 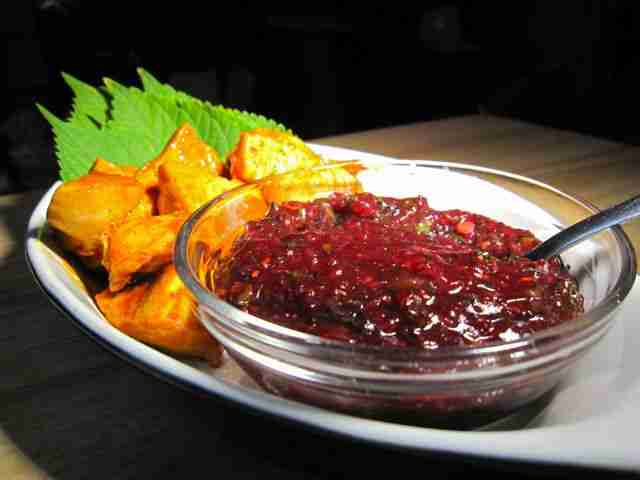