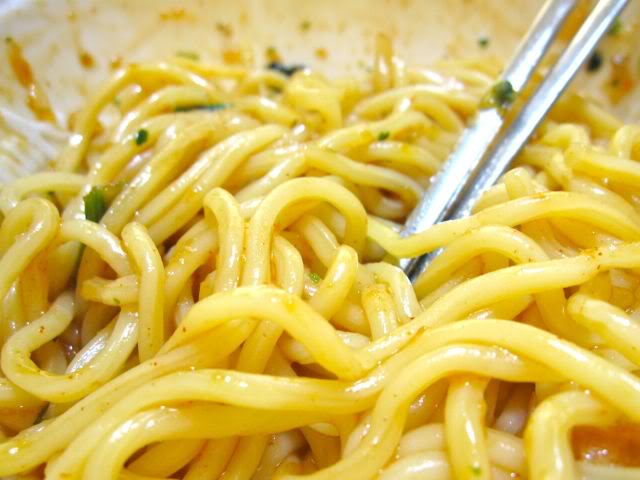 Annie Chun's noodles are not currently available in the ROK. After Annie Chun's Gochujang sparked controversy in the Korean blogosphere, I decided I'd check out one of her other Korean food offerings to get a sneak preview of things to come.

The Korean blogosphere has been spinning recently over how to introduce Korean cuisine to American markets and, particularly, what should be role of the South Korean government in this popularization. However, Korean food companies on both sides of the Pacific aren’t waiting for Seoul to tell them what to do. 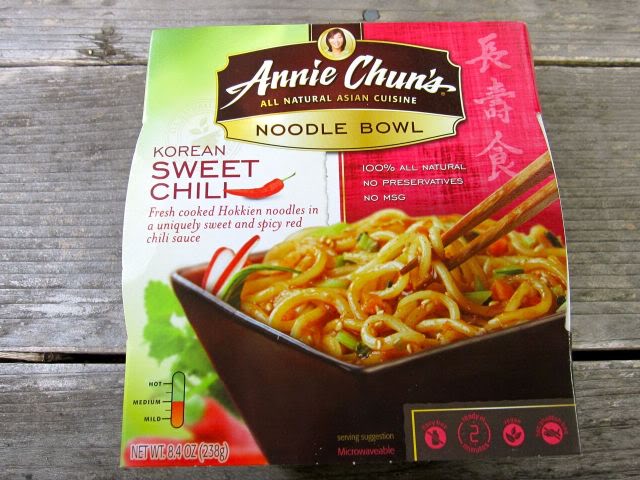 Until Annie Chun's merger with CJ Foods in 2005, Annie Chun's line did not feature any Korean style foods. Since that time, she has introduced Korean noodles, Kimchi soup, and Korean seaweed wraps to her line.

Annie Chun is a Korean-born developer of one of the most popular lines of prepared Asian foods in the United States. After the merger with CJ Foods in 2005, Annie Chun’s started going back to her Korean roots with food items such as the Korean Sweet Chili Noodle Bowl. I found it in a local San Francisco Bay–area supermarket, which was not selling her newly released bottled gochujang (spicy red pepper paste) yet.

I tested the dish by preparing it according to label instructions and without modifications. What’s required is just scalding-hot water — heated in a kettle, bottle dispenser or microwave — to warm the noodles and reconstitute the dehydrated vegetables and spices.

The sauce is very sweet. A number of hanshik lovers may cringe at sweet and spicy Korean noodle dish, but the name of the dish does include the word sweet.

The label also says the spiciness level is “medium,” and that’s an accurate comparison with other spicy Korean foods. But it might be a bit mild for Koreaphiles.

The combination of spiciness and sweetness reminded my husband of the American Chinese food favorite orange chicken, with a Korean flair of sesame oil.

One of the reviewers for this product on Amazon.com posted her recipe for what you might call stir-fried Korean sweet chili noodles with shrimp.

So first you saute some veggies, say, in some peanut oil in a skillet or small wok, and then you add some scallops, say, or maybe shrimp, and then you turn off the heat and follow the directions on the box (using the microwave). Then you add the noodles, flavor pack and the UNBELIEVABLY fantastic Sweet Korean Chili sauce to the skillet and toss to heat through. Maybe you add some almonds or peanuts, say, after you add it all either to a bowl or a plate, and then you consume with some moderately sweet wine, like White Zinfandel, say. An absolutely fantastic meal.

That’s certainly a good option to stretch this 600-plus-calorie bowl between two to four people.

On its own, Annie Chun’s Korean Sweet Chili Noodle Bowl is a slightly healthier alternative for a quick lunch at work than greasy fast food or a bowl of deep-fried ramen. But if your sweet tooth is reserved for dessert only, you might want to leave this noodle bowl on the shelf.