Cho ganjang is one of those recipes that is so basic and fundamental, I can almost make the recipe in my sleep. It is a quick, flavorful dipping sauce that complements “dippable” dishes. That includes fried foods such as 감자전 gamja jeon (Korean latke) or 부추전 bu chu jeon (chive pancake) as well as fish and 김밥 kimbap (rolled sushi).

Sometimes I just have to get back to the basics. Creating new recipes invigorates the brain and brings excitement and wonder into the kitchen. At some point, I run out of ideas or the ideas I come up with are so far off the path that there’s very little hint of Korea in them.

When I feel like I’m starting to stray too far from the fundamentals of Korean cuisine, I come back to the tried and true recipes for a while before I head back out into uncharted territory. 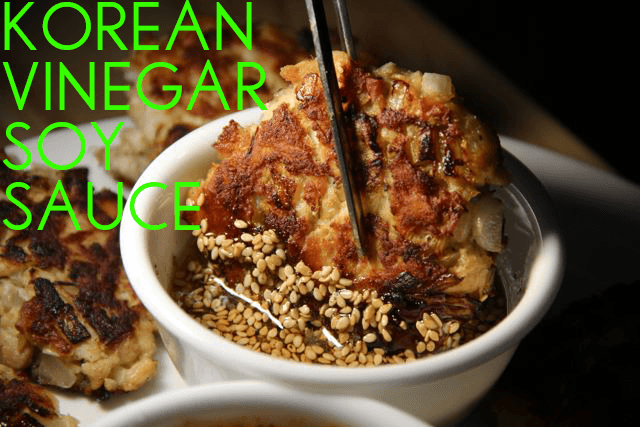