Korean food would not have the same appeal to American masses without 반찬 banchan. That’s the name for the collection of samples of veggies, herbs and fish-filled fare in little dishes across the table in a common Korean meal. Traditionally, banchan accompanies the main course, but a number of restaurants in the U.S. use banchan as a gratis appetizer.

“I rate Korean restaurants by their 반찬 (banchan aka sidedishes).” —Moses Olson on Twitter

Koreans love their veggies. They have invented more than 200 varieties of kimchi — which means just “pickled vegetable” — to preserve their favorite vegetables and herbs well past their natural shelf lives.

A large number of Korean recipes include fresh, in-season vegetables. One such dish is the perennial favorite 비빔밥 bibimbap, a dish with a load of vegetables and 두부 dubu (tofu) or meat atop rice and capped with a healthy dollop of 고추장 gochujang, or spicy red pepper sauce.

With such an extensive variety to chose from, no “top 10” banchan list will scratch the surface of the variety served in Korean restaurants and homes in the Land of the Morning Calm and on the east side of the Pacific. Once you unravel the mysteries of banchan, you’ll be well on your way to eating like a Korean.

Let’s wade into the basic banchan pool. Here are my favorites, in no particular order: 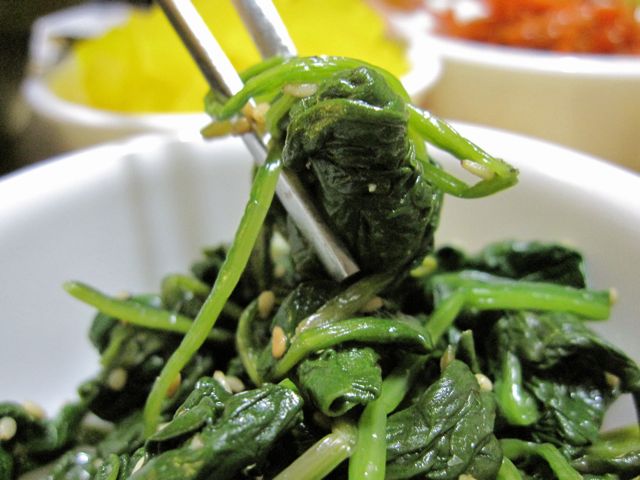 Korean spinach salad is easy to make on your own. If you don’t have the time, most Korean grocery stores sell it premade. (Tammy Quackenbush photo)

If Popeye had this spinach dish at hand, he would never again eat spinach from a can. A quick blanching and a balanced marinade will make this spinach salad approachable to all your non-Korean friends.

is Korean in the sense that Koreans in the U.S. discovered potato salad and decided to make it their own. They added a bit of sugar and lots of diced celery, apples and pears. Some versions also use finely diced carrots, bell peppers, or sultanas. I’ve also seen some versions include diced spam or Canadian bacon. 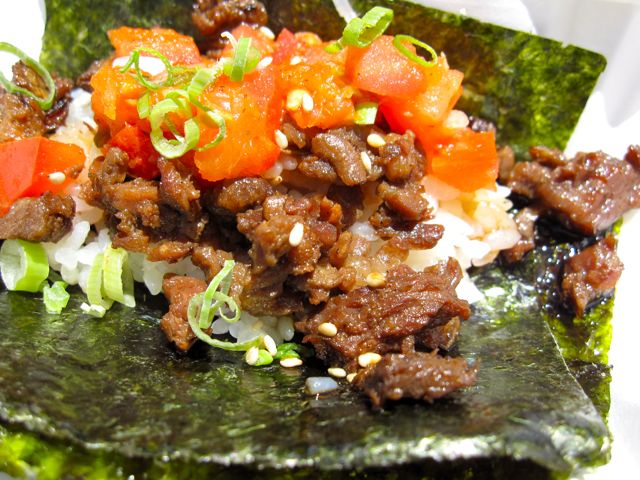 A couple of tablespoons of cooked rice, a little bulgogi and some diced tomatoes make a cute, healthy appetizer. (Tammy Quackenbush photo)

are more commonly known by the Japanese term nori in the States. You can use kim as part of a 쌈 ssam, or wrap, with your favorite Korean barbecue. Wrap a sheet around a bite of rice, or eat it by itself as a snack.

I brought some kim to a get-together a few weeks ago. The adults approached the kim warily, but the children inhaled it. It does a good job at satisfying those occasional salt cravings that might otherwise drive you to grab a bag of fried potato chips (“crisps” in British parlance). 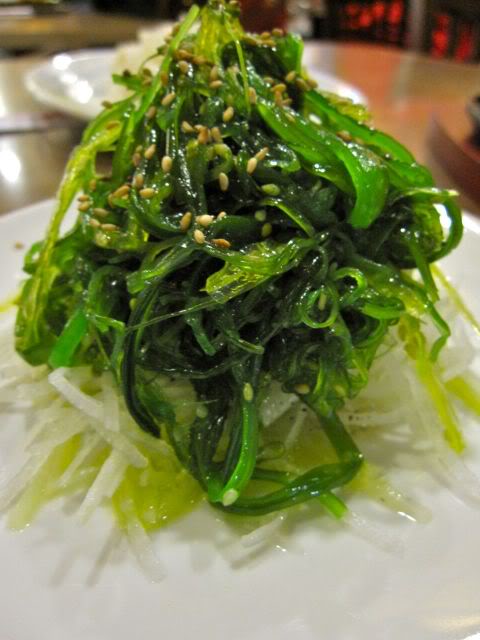 is one of the few banchan I don’t have to share with my seaweed-averse husband. The marine vegetable gives you a good iodine boost and won’t pack on the pounds. 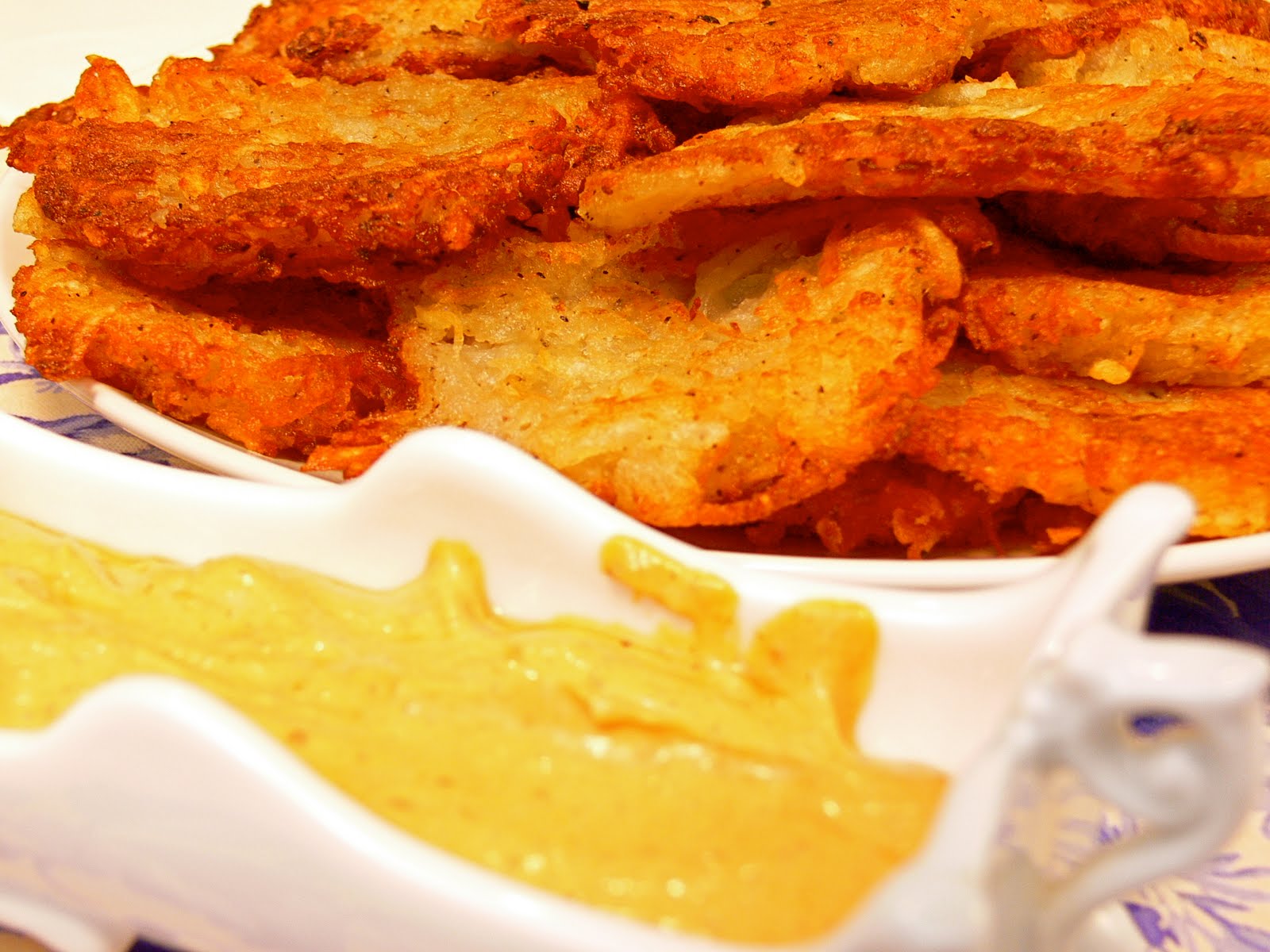 You don’t have to wait for Hanukkah to have some potato pancakes. (Jeff Quackenbush photo)

When I make gamja jeon at home, I grate the potatoes, the garlic, ginger and the onion by hand, rather than using a food processor. There are Korean grandmothers — and Jewish grandmothers as well — who say that the only authentic potato pancake is one made totally by hand, eschewing food processors and other such modern shortcuts. In honor of them, I always make mine the same way. 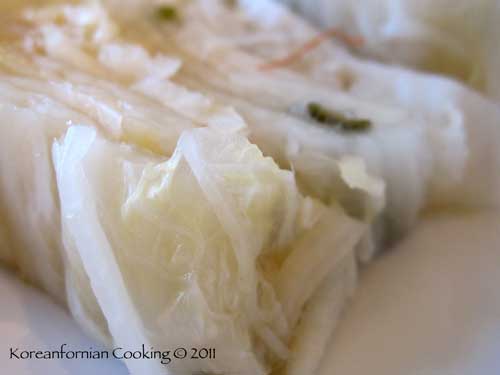 is proof that not all kimchi is red and spicy and out to burn you at both ends. Many kimchi variations that are mild and even refreshing. 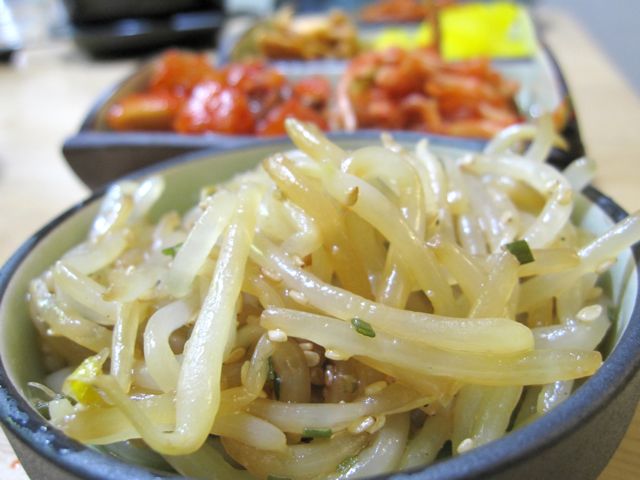 These are not my grandmother’s mung bean sprouts. (Tammy Quackenbush photo)

Mung bean sprouts were one of my late grandmother’s favorite vegetables. She always had cans of La Choy bean sprouts around the house so she could satiate her cravings for chicken chow mein. 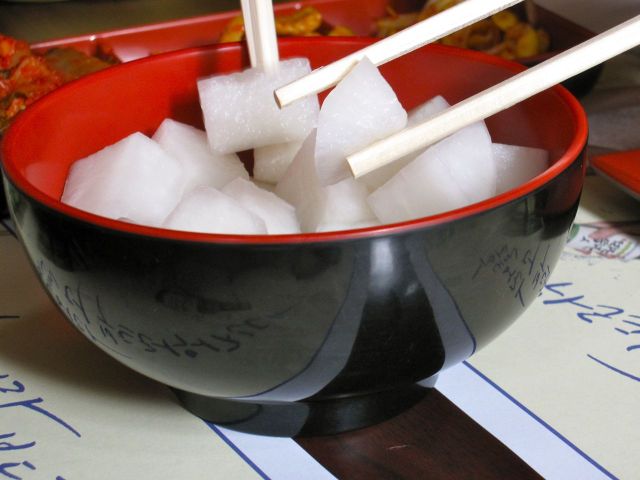 is the perfect palate cleanser and “degreaser” after Korean fried chicken. (Cocobbang in San Francisco has good chikin mu and curry-infused fried chicken.) If your craving inspires you into the kitchen, consider this recipe for chikin mu from Aeris’s Kitchen. 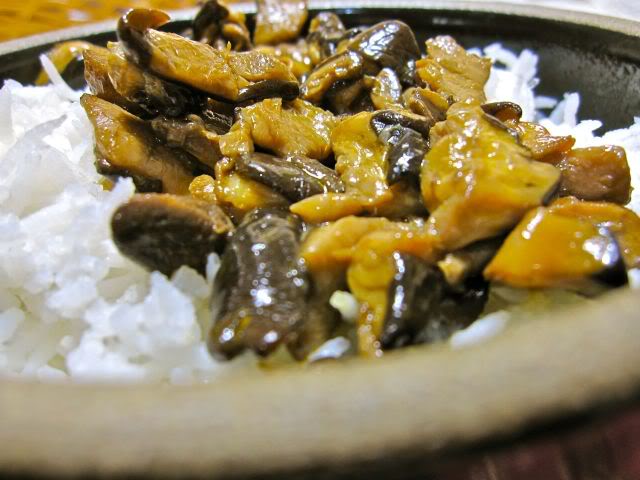 also does double duty in many versions of bibimbap on either side of the Pacific. The earthy-tasting, dark-colored fungus is a good meat substitute. 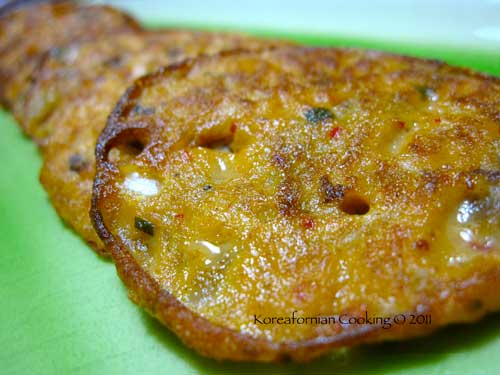 Whether they’re bite-sized or plate sized, kimchi jeon are a good way to sneak some kimchi into the diets of your spice-adverse pals. (Tammy Quackenbush photo)

are simple to make but can be time-consuming.  The batter is nearly identical to that used for Sunday brunch, except kimchi jeon batter is mixed with water and ground pork, hamburger or shellfish, rather than blueberries or bananas — savory rather than sweet.

Most kimchi jeon are made on a large scale, at least 7 inches in diameter and the chef cuts them up into smaller pieces before service. Some restaurants do make them bite sized, but it’s not as common

We have only scratched the surface of all the varieties of banchan. But now you’re ready to start eating like a Korean.