It’s impossible be interested in Korean food without becoming familiar with ssamgyupsal, or pork or beef galbi. These particular cuts are definitely contemporary cornerstones of national cuisine, but because they’re so well known, sometimes it can be difficult to eat any other kind of gogi—the Hangul word referring to a meat dish. Even as a native Korean, sometimes I find myself ignoring an entire world of self-grilled cuisine in favor of the very basic. However, it’s definitely worth the effort to try out either other selections or variations on the essentials. 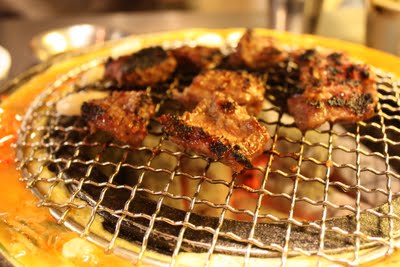 For the past few years, galmaegisal (갈매기살) has been massively trendy among Koreans. Galmaegisal refers to pork ‘skirt-meat,’ basically the portion between the pig’s liver and midriff. (I have a confession: galmaegi is also a homonym, with the more commonly known word translating into ‘seagull’; the first time my friends suggested it, I didn’t want to reveal my ignorance and thus didn’t ask any questions, and thought the entire time that I was eating a kind of bird.) It usually ranges in price from about 6,000-8,000 won for a serving at barbeque restaurant chains, although admittedly the tag can differ quite a bit depending on the specific place.
Last night, I ate dinner at Mapo Galmaegi (마포갈매기) in Hongdae. Another popular barbeque chain known for galmaegisal is the restaurant Seorae (서래), which can be found in different locations all over Seoul. 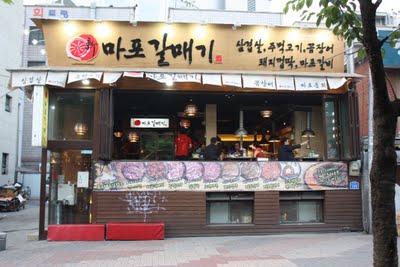 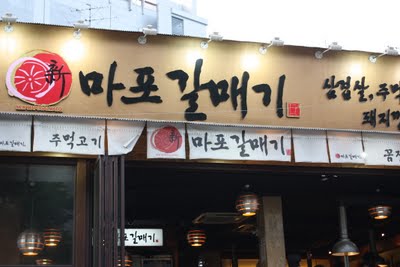 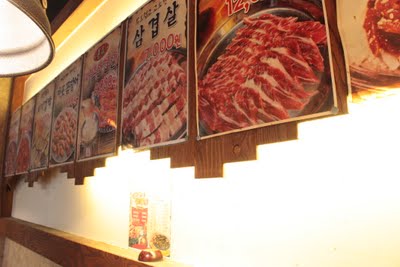 Apparently, galmaegisal is reminiscent of eating beef despite the fact that it’s pork: a quick search of user comments on Naver confirms this shared notion, with statements pointing out that galmaegisal even physically looks redder and denser than usual pork. In Korea, beef is the far more prized of the two—especially Korean beef, which is definitely considered a luxury item as far as barbeque goes—so it makes sense why galmaegisal is so popular. 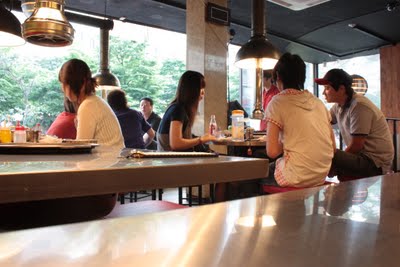 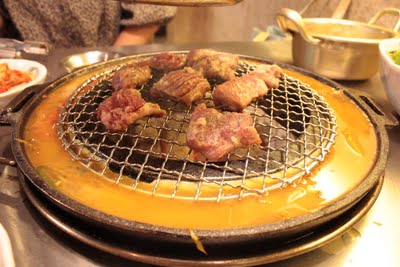 This particular restaurant also offers a “crust” of egg as an in-house special: basically they take the grill and place it over a pan in the shape of a circle, where the waiter places a mix of spicy vegetables and then pours in the egg mixture. Consequently, while the meat is cooking, so do the eggs. It’s a novel and fun way to serve an egg-fry, which is a common side dish at most barbeque places. 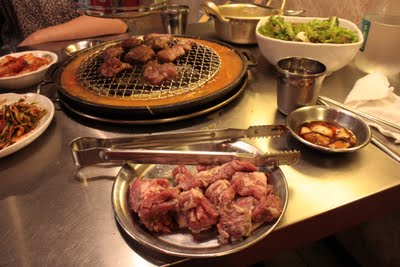 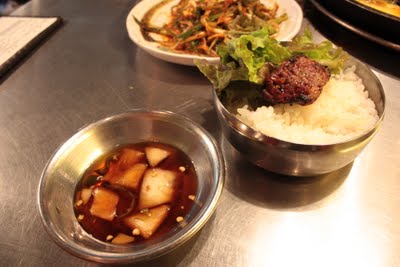 I might be completely underestimating most people’s familiarity with different types of Korean barbeque when I suggest trying galmaegisal: all the same, if you haven’t tried it, it’s worth check out, even just to see what all the hype is about. Personally, I also like the fattiness of ssamgyupsal but admittedly galmaegisal has a denser, thicker flavor that’s absolutely delicious. Recently it seems that a large portion of the barbeque restaurants opened to the most crowded, social areas of Hongdae (for example, the streets on the hill between the main road and the actual university itself) serve galmaegisal as one of the most popular choices on their menu, if not their main dish. This observation in itself seems like a good indicator that, when it comes to trying Korean dishes, it wouldn’t be amiss to go out for some galmaegisal.

EDITOR’S NOTE: This is a guest post by Jisu Kim, re-posted with permission from Lonely Traveler