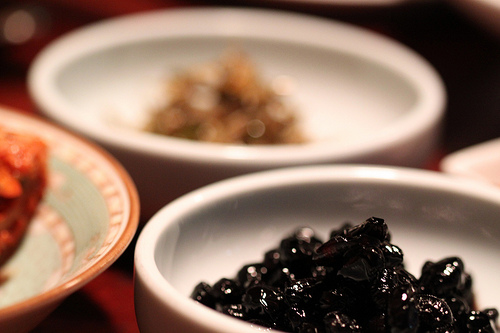 Inspired by Seoul Food’s list, we’re continuing the meme of our personal favorite banchan on ZenKimchi. It’s taken me a while to come up with my list because I know I’ve left something good out. These are not in any specific order. It was hard enough to narrow it down to ten. 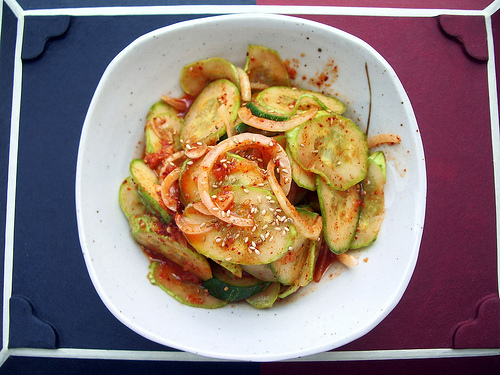 Summer is here with Oi Muchim. EJ makes the best, and it’s still the most popular recipe on ZenKimchi. And why not? It brings that coolness to combat summer heat. It has spiciness to wake you up and make you sweat. And it’s a little sour, like lemonade. 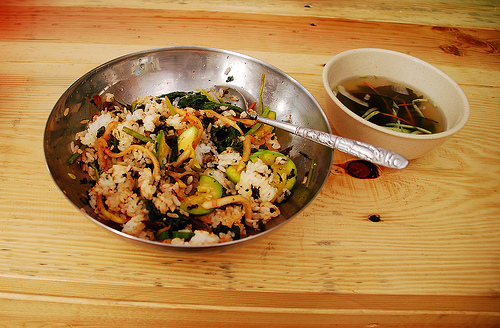 To the right there. Credit: Paul in Uijeongbu on Flickr (cc)

Let’s stick to the summer theme. This is another bright cooling dish, best served in a little frosty stainless steel bowl with crushed ice. It’s a little sweet and a little sour and  a lot chill. 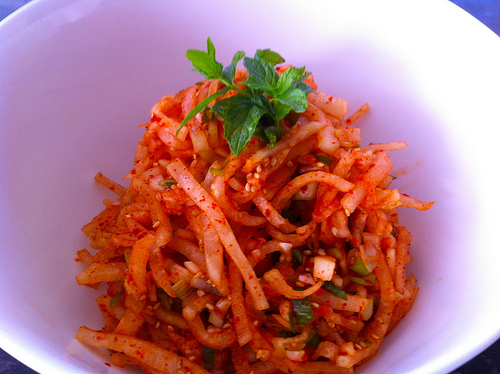 This is another summer dish–for me, at least. Korean radish shredded into strips with a light spicy dressing. It’s the perfect palate cleanser with a little heat from both the radish and chillie powder. 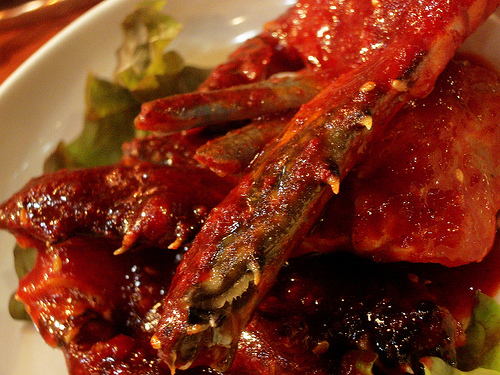 Generally, one of my favorite foods in the world. There is no polite way to eat these, especially the gochujang versions. You just have to pick them up and suck them out. Your hands will smell like them for the rest of the day. But that’s not a bad thing.

More marinated raw seafood. Raw squid is an interesting texture. Firm but not leathery. And it tastes like whatever it’s put in, which in this case is a sweet spicy sauce. I almost didn’t put it here, but I remembered how I end up cleaning out the plates of Oi Muchim whenever they’re put in front of me. 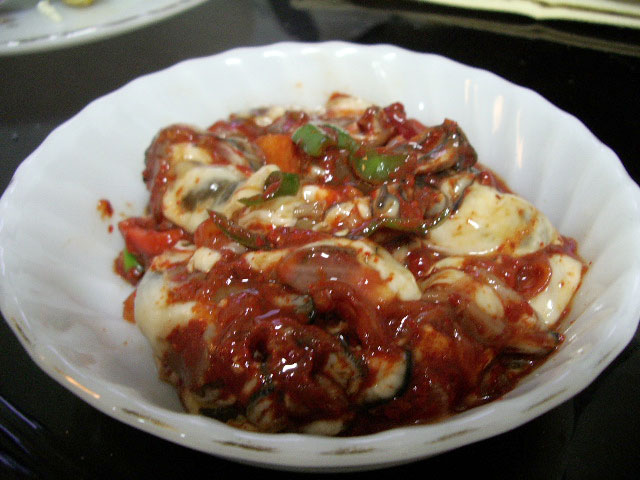 One of the beauties of eating in Korea is the jeong–the love that comes when you’re in a restaurant. This means that the succulent briny oysters you just finished off come with free refills! Korean oysters are small but are some of the tastiest I’ve ever had. Marinate them in that gochujang mixture, and they’d be on anyone’s last meal list. 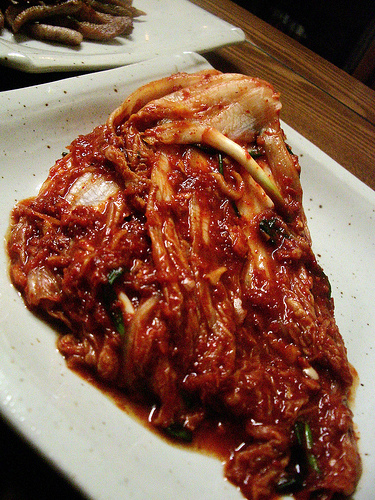 I love kimchi many ways, but I’m always happy to have some fresh crispy cabbage kimchi in front of me. This is the type that you usually find in GalbiTang restaurants. It’s fruity. The spice is strongest at this juncture. And you can really taste the brined shrimp or whatever jeotgal they put in there. 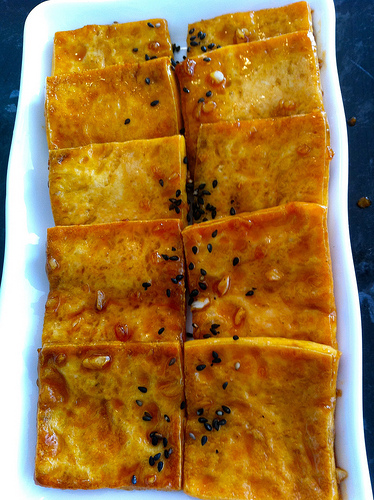 Never was a big fan of tofu until I had it in Korea. It’s firm, rustic and actually has a distinct flavor. When you pan fry it, it takes on more texture and flavor. Sometimes it comes with a soy sauce mixture, sometimes not. I like it either way. 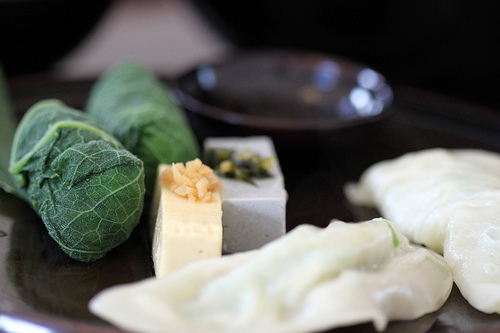 These have a unique flavor akin to artichokes and asparagus. I can’t quite place it. They’re best simply wrapped around rice. These are a bit of a rare find and are seasonal. The temple cuisine restaurant Baru usually serves them. We have them in the ZenKimchi household in late autumn. 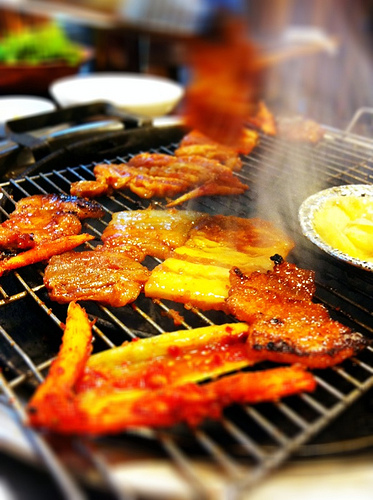 This is a root vegetable that is also hard to describe. It’s like a lovechild between a carrot and a horseradish. They’re a little pricey compared to other vegetables because of the labor that goes into harvesting and cleaning them. I’ve had them grilled, but my favorite way is to have them pickled. They’re really common in Gangwon Province.