As American as Budae Jjigae 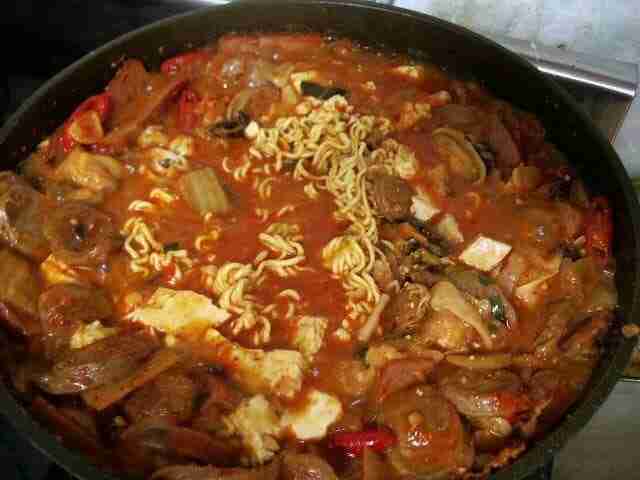 What is more American than Budae Jjigae?

Okay, well, much. But hear me out.

It is basically spam and hot dog stew. In English, it loosely translates to “Army Base Stew.” From what I’ve gathered from different sources, it was created during and soon after the Korean War, where the locals used U.S. Army surplus meats (notably spam and hot dogs) in their traditional stews. It sounds disgusting, but it has to be the best recipe for spam in the world.

Another story is that it was created as a cheap familiar-tasting food for American and Korean soldiers off-base. This is likely why the Uijeongbu area near the U.S. Army base in Seoul is known for having the best budae jjigae. And it tastes very American. 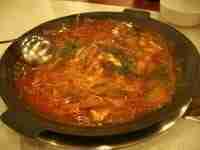 Think about it. It was one of the first East-West fusion foods. It was created from America’s involvement in its first Asian land war. How can it not be included in Independence Day, Memorial Day, or Veteran’s Day festivities?

Making it is pretty simple. 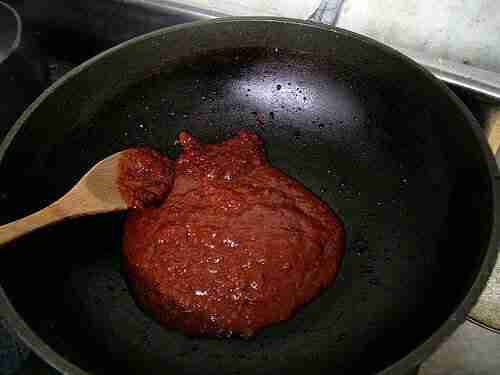 Start with a base of gochujang (Korean red pepper paste) mixed with minced garlic and onion. 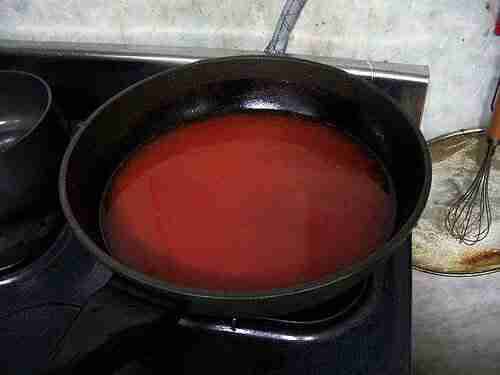 Add water, but not too much. Turn the heat to high. 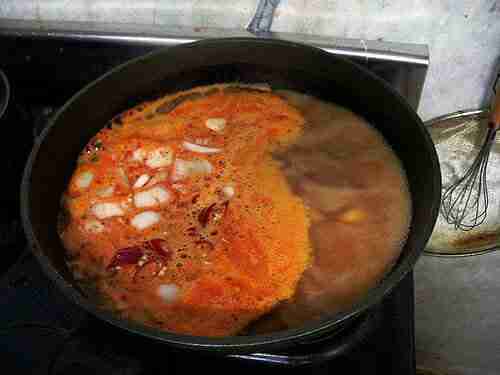 Add chopped onion, garlic, and chiles, and bring the fiery hell broth to a boil. Include some sliced leeks if you have some. 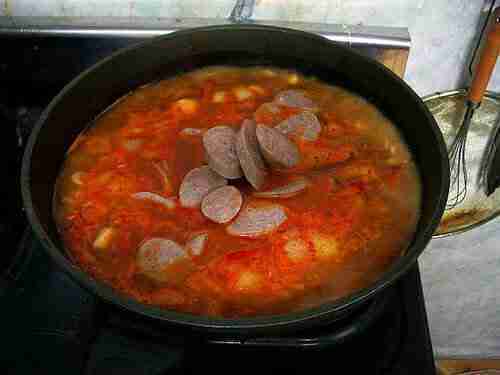 At this point, add the meats. The tradition is hot dogs and spam. Yet who says you can’t throw in some more premium items like kielbasa, bratwurst, and smoked Virginia ham? Really, a few sites and forums say that you need spam in it to make it taste authentic. 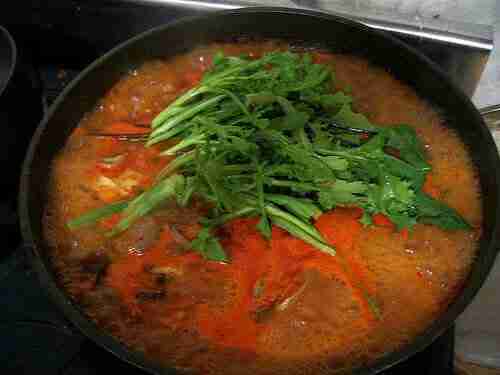 Keep boiling. Now it’s time to add the vegetables. I think these are chrysanthemum greens in the picture, but throw in any hearty dark green veggies like kale, turnip greens, or collards. You can also do the traditional thing and toss in some baked beans and tofu. 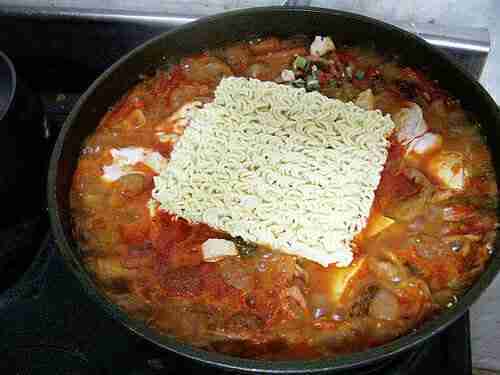 At the end of cooking, toss in some noodles. Ramen noodles (Korean: Ramyeon ë¼ë©´) are popular, as are clear Korean japchae noodles. If the water is low, add more. Throw in a dash of soju if the mood strikes you.

Serve the stew bubbling with plenty of rice to counter the intense heat and flavors. Wash it down with a good beer and soju. Watch some fireworks. Enjoy your Fourth.