I won’t say that Koreans are obsessed with the dairy-and-corn combination to the degree that those of us with European genes are with chocolate and hazelnut, but it’s close.

In Korea, one can easily find kernel conspicuously piled on pizzas and stuffed into ice cream bars, in locations undreamed of anywhere in North America from Vancouver to the Yucatan.

But I can’t understand why because Korean corn is different from the maize commonly found in the U.S. — radically different. I would need a biologist to make a definitive diagnosis, but I suspect that the cereal crop that passes for corn in most Korean grocery stores is what most Americans would consider feed corn. It is not the sweet corn Americans are used to.

As Joanne Choi wrote on her Week of Menus blog:

Korean corn is much chewier, tougher and lacking in that corn sweetness we take for granted here in the US. It’s just a different species of corn.

That explains why most recipes for Korean cheese corn include a generous dose of sugar.
If I make it again, I’ll leave the sugar out altogether or at least cut the amount in half. I suspect that it’s not really necessary when making this recipe with American sweet corn.

If you live in Korea, however, and you’re buying the maize unsuspecting ex-pats are told is corn, you’ll be thankful that you included the sugar. 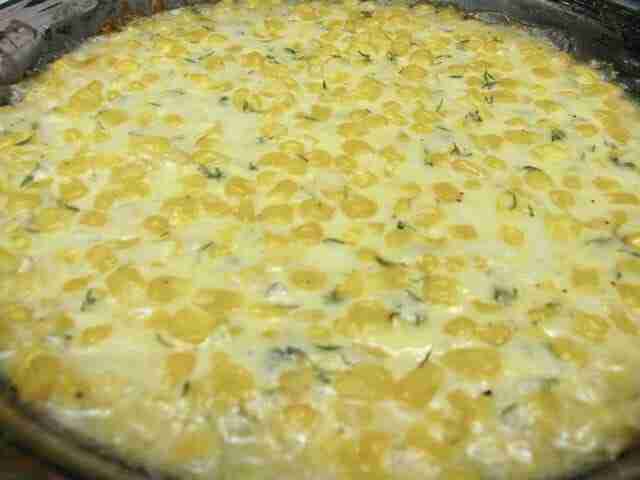