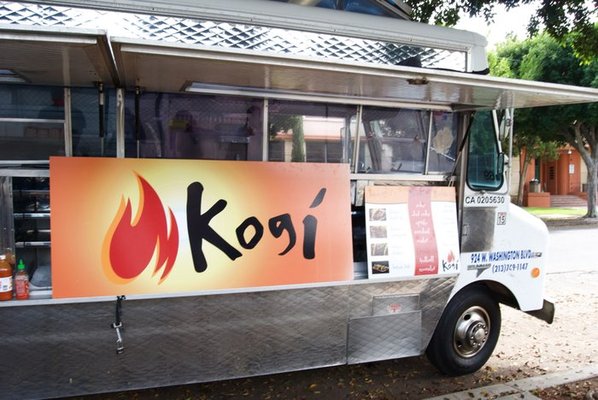 WangKon936 at The Marmot’s Hole has revealed that a wish has become reality.  Galbi tacos exist and are popular–and they’re sold from a truck.  It’s run by a Korean-American Culinary Institute of America graduate, and they have a web site.  I’ve noticed that a good handful of CIA graduates open food trucks.

Two years ago, blogger eatdrinkbmerry pined in la.foodblogging for the existence of a bulgogi taco truck and even made a photoshop of his dream. 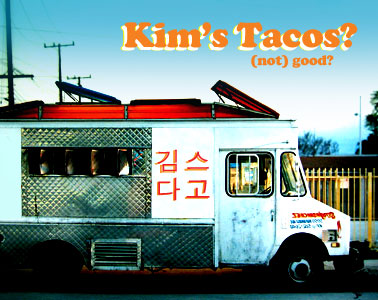 A commenter on the Hole made the racially charged statement that only Korean-Americans can make good Korean fusion food.  Obviously I disagree, considering I have making Bulgogi Burritos (ugly pics) and Kimchi Quesadillas since my first year in Korea.  Oh, and I’m not Korean-American.  Eun Jeong is Korean-Korean, and she came up with the Korean Sloppy Joe recipe that is a hit on recipe sites.

It’s not the blood.  It’s the attitude.

And as for the Southerner the commenter mentions who smothered Korean BBQ with sauce–where I come from in Alabama, heavy sauce is used to disguise bad BBQ.  That dude wouldn’ta flown far in Alabama either.