The Makgeolli/Makkoli Debate by Andrew Salmon 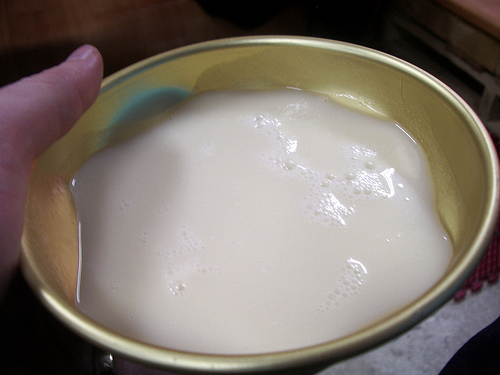 ZenKimchi note: This is in response to the article and corresponding video written and produced by Daniel Gray of Seoul Eats regarding the promotion of 막걸리 overseas.  I appeared at the beginning of the video, which was taken at Dan’s 30th birthday party and during the taping of SeoulPodcast #82.

I’ll state my colours at the outset.

I am not involved, in any paid capacity, in official communications for any Korean government body, so I have no financial vested interest in this issue other than an affection for the bevvie under discussion. I am a journalist contributing an article on something of national interest. If the article has started a debate, so much the better. Perhaps I should mention that I do, however, have a background in international PR (three years with Burson-Marsteller) so can speak on marketing with at least a modicum of authority.

I take issue with the video clip. Here’s why.

The interviewer asks the right question  – i.e., “How do you pronounce the various romanizations?” – but does so to the wrong subjects – i.e., those who already know, and understand, Seoul’s official system of Korean romanization.

The problem with the methodology is glaring. He is posing the question to whose who already understand the government’s romanization system. However, the overwhelming percentage of the world’s non-Korean population is NOT familiar with this system, which, naturally, has certain quirks.

Take the word in question. Therein, the “-kg” and the “-eo” are problematic. I continue to maintain that English speakers unfamiliar with the official Korean romanization (i.e., the vast majority of the global population of English speakers) will pronounce the word “Mak-Ge-Olly” (hard g) or possibly “Mak-Jee-Olly” (soft g).

I am not suggesting that the entire system of romanization of Korea be changed yet again.

I am suggesting that interested stakeholders (e.g., producers and promoters) come up with a better romanization for the word in question, one that accurately reflects the Korean pronunciation.

(Of course there is the wider issue of whether it should be marketed globally using the word makgeolli at all; it might be wiser to use an English descriptor, e.g., Korean Rice Ale. For e.g., Taekwondo has been well marketing under the Korean name – albeit, it is usually mispronounced by non-Koreans. On the other hand, the marketing of the palaces as tourist attractions, I would guess, has not been helped by the lack of an English brand. Compare the way Chinese sites such as The Great Wall of China or The Forbidden City have attained international brand visibility due to their common English, not Chinese names, as opposed to Gyeongbokgung or Suwon Hwaseong. But this is a different issue that requires research and thinking.)

To return to the clip. Frankly, this is a prime example of how much market research on Korea is flawed. When testing perceptions of the international community, it needs to be done – as a general rule – on subjects outside Korea, rather than those who already here, who have in-built knowledge that the wider world will not. The latter approach results in misleading findings, and sets marketing strategies off on the wrong foot from day one.

International market research should be exactly that: international. Doing it the cheap and easy way (i.e., roping in resident foreigners) misses the point, yet I see this approach used again and again and again. More worryingly, it is often used as a tactic to justify bureaucrats’ or staffers’ own ideas to their superiors. (e.g., “We asked such and such Ambassador/Businessman/English Teacher; he agreed with us; he is a foreigner; ergo we are correct. Let’s execute!”)

FWIW, I agree with most comments about the best descriptor being rice beer, rice ale or rice brew, not rice wine (for reasons stated in the piece) but that is by-the-by.

The broader point is that if Korea needs to communicate an unfamiliar product to global audience, it needs to:

(a) Make the English reflective of the Korean original and/or

(b) Provide a realistic /accurate – and differentiated – descriptor of what the product actually is.

Andrew Salmon is a Seoul-based reporter and author. His works include the restaurant guide Seoul Food Finder (Seoul, 2001) and the military history To The Last Round: The Epic British Stand on the Imjin River, Korea, 1951 (London, 2009). 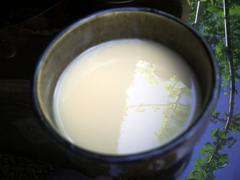