I received a box of Kikkoman Kara-Áge Soy-Ginger Seasoned Coating Mix courtesy of the Foodbuzz Tastemakers Program to review. I didn’t sign up for it the first time around because I couldn’t think of a Korean way to use this classic Japanese cooking technique. By the time the chance came around again, I knew I wanted to experiment with the Kara-Áge coating and find out if it could be a recipe-less way to make basic Korean fried chicken.

The box contains two mix pouches, each able to easily coat 11/2 pounds of chicken or fish. Two pouches, so here are two versions. 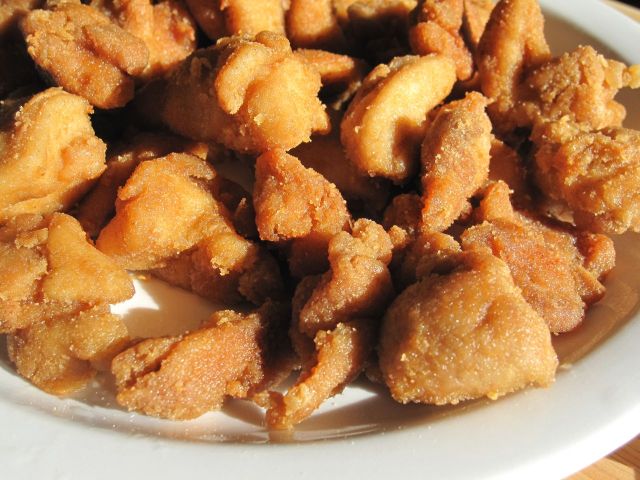 The first version I simply made “straight up” with diced chicken thighs, following the directions on the packet without addition, elaboration or substitution. The coating was light and crisp. When fried according to the directions, the chicken bites weren’t greasy.

“This is what chicken nuggets should taste like,” Hubby said, referring to the crisp yet not lumpy crust. 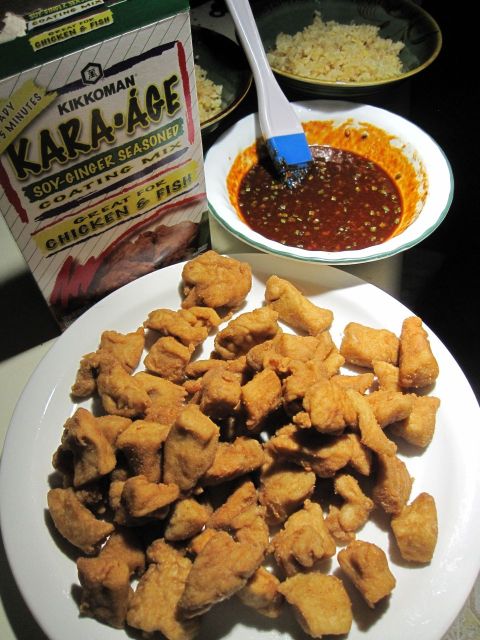 The second version, I made with diced chicken breasts. To spice them up Korean fried chicken–style, I added spicy curry powder to the coating mix and a light layer of Korean hot sauce just before serving with a small bowl of fried rice.

As part of the Foodbuzz Tastemaker Program, I received a box of Kikkoman® Kara-Áge Soy-Ginger Seasoned Coating Mix to test out and review. I received no other compensation for this post.