One day an American event organizer called me, all upset. She is Korean-American and has put together food-related events and booths for Korean organizations and government agencies. Since I live in Korea, she wanted to know how people thought inside Korea. In her mind, their marketing minds didn’t make any sense. The example that made her want to pull her hair out was a Korean food exhibit at a Chicago food fair. It had a miniature version of the famous kimchi museum. One of the first signs at the exhibit read, “Kimchi is good for constipation.”

Regardless of whether or not kimchi is good for bowel regularity, associating your food product with poop is not a good way to start your marketing campaign. It may work for some forms of cereal, where you’re primarily marketing it to elderly people concerned with their intestinal health. But that marketing ploy is used when a product generally doesn’t taste good. People don’t buy high fiber cereal because it’s delicious. They do it for health reasons. If it didn’t have the high fiber, they wouldn’t buy it because it doesn’t taste that great.

That’s the problem with marketing an entire cuisine based on its health properties in America. Healthy food is something you need to eat—not something you want to eat. This perception was started a little over a hundred years ago with the Kellogg brothers.

A short history of healthy food in America

The Kellogg brothers were health fanatics, and they adopted and promoted a lot of trendy practices that we would consider strange today, all in the name of health. Amidst all this, they created Corn Flakes and other healthy cereals. Fast forward to the 1960s and 1970s with the hippie movement in California. The modern health food craze was born out of this movement. A branch of this Californian culture became obsessed with vegetarianism, fruitarianism, and eating granola and cereals. They adopted any trendy health practice they could, despite there being little or no scientific evidence to back up those health claims. The derogatory terms “flakes” and “granolas” were used for these new age self healers. 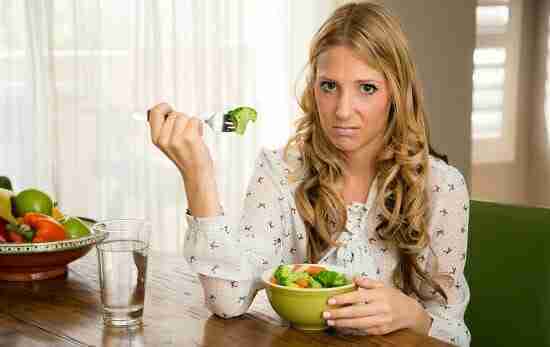 In the 1980s a lot of this started to become mainstream. Jogging and aerobics became parts of people’s lifestyles. Granola and wheat germ appeared on supermarket shelves. New studies on what would keep people healthy came out every day. Diet trends came and went. By the late 1990s people got weary of all this. One week a study would say one thing was healthy. The next week it would say it was unhealthy. Sugar and fat substitutes introduced to the market to make people healthier turned out to cause more harm than good. New studies showed that people who were eating tasty Mediterranean diets were living longer than people living bland lives eating tasteless health food. Health foods were getting even stranger, like a product called “Tofurkey”—turkey-flavored tofu in the shape of a roasted bird, specially made for vegetarians. 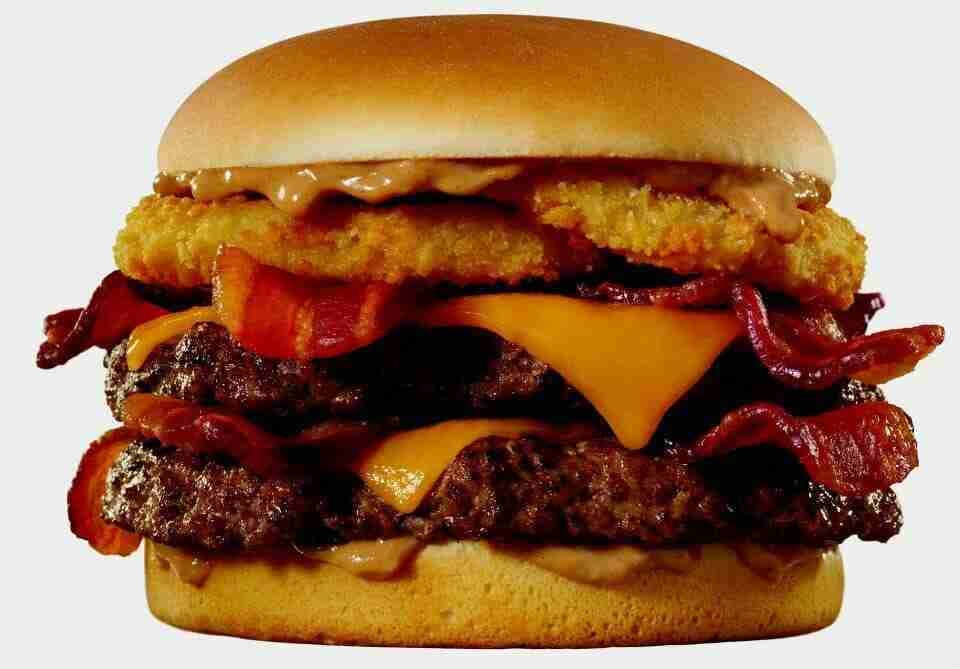 As a result, a backlash against the health movement started. People embraced using bacon and butter in cooking again. Some fast food restaurant chains introduced new products that went the other extreme—vastly unhealthy burgers that surprisingly became very popular. One restaurant introduced a chicken sandwich that used two chicken patties in place of the usual bun. Another made a grilled cheese sandwich with fried cheesesticks in between. The internet became a playground where people showed off their creations, trying to make the most disgusting unhealthy creations possible. Celebrity food personalities like Paula Deen became popular. Paula Deen is a woman whose dishes include a hamburger in between two Krispy Kreme Doughnuts, deep fried butter, and tons of creations loaded in mayonnaise. So much bad tasting health food had been forced onto the American public for so many years that the word “healthy” had become a bad word. That didn’t mean that Americans didn’t care about their health. The history has proven that in the end, taste will always win over health in America.

Does it taste good?

In Korea, it seems to work the other way around. The health aspects of a food are considered more important in marketing. Some truly bad tasting products are consumed in the name of “well-being.” Yet unhealthy yet tasty products are also gaining ground in the Korean public, especially with its youth. Children crowd around pojang macha in ironically named “Green Food Zones” consuming deep fried Pokemon-shaped pork, chicken balls in syrupy sweet sauce, and diabetes-inducing slushies. When I was a teacher, I never saw a student enter my classroom with a single healthy food. 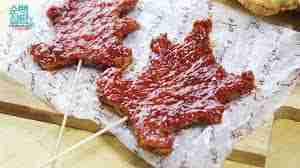 That’s why it’s problematic to lead the charge for Korean food globalization with its health properties. In many ways Korean food is quite healthy. In fact, that will be why it will remain popular in America after the trendiness has faded. Yet it also tastes good. That’s an even greater strength.

I see many campaigns and reports taking the assumption that Americans have no healthy food. That’s a myth. Traditional American cuisine is quite healthy. Americans don’t eat hamburgers and pizza every day, just like Koreans don’t eat galbi and samgyeopsal every day. The traditional American diet includes many vegetables and salads. In recent years, though, cheaper unhealthy foods have become easier to get. Sugar was replaced with high fructose corn syrup in most products. High sodium fatty foods became more convenient than whole fresh foods. The same trend is happening in Korea. So Korea is not introducing Americans to healthy food. Americans have healthy food. They just choose not to eat it because it is less convenient, more expensive, and generally doesn’t taste as good.

As I mentioned, Korean food’s strength is its taste. I knew an American who lived in Japan. When she visited Korea and sat down for her first taste, she said, “Finally, food with flavor!”

My brother, who had just arrived in Korea after a week in Singapore, said the same thing as I treated him to a lunch of 보쌈. Korean food has bold flavors that are only matched in Asia by Thailand, Vietnam, and India.

The challenge with Korean food is to convince people to take their first bite. You do that with taste. You tell them that it tastes good. After they take that first bite, and they like it, mention that it’s also healthy. Then they will eat more.

Not only is it not the best marketing idea to promote health over flavor, it can be dangerous. There are many health claims in Korea for foods that come from traditional medicine and from marketing. Those same claims don’t always translate well outside Korea.

Asia, in general, has a reputation for making larger-than-life claims about foods that can’t be backed scientifically. Think of all the foods that are supposed to act like Viagra on men. It has become a joke amongst travelers that every other food in Asia is supposed to “keep men strong.”

Claims that are based in traditional medicine without scientific proof will get in trouble with western government agencies. The American FDA will not allow some of the more fantastic health claims in Korean food to be put on labels or advertisements. Doing so will get the producers of the product fined or, even worse, get the product banned from the country. 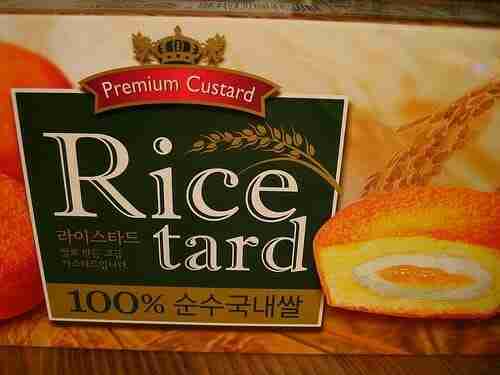 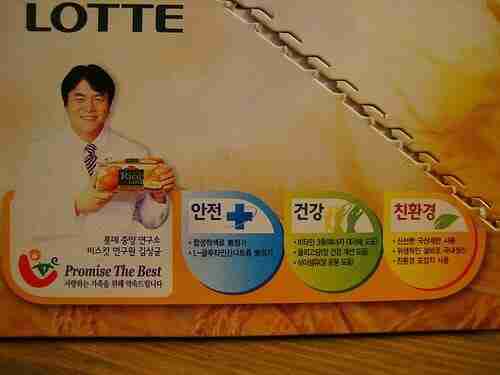 Who is actually fooled by this? And who would buy this as a health food?

Even if there is a scientific study or two to back up a health claim, it’s not wise to depend on it too strongly. As I’ve mentioned before, Americans have grown weary of scientific studies that negate previous scientific studies. A study can come out one month saying a food is healthy. Then a new study could come out the next month that claims it causes cancer. Also, if the scientific studies only come from Korea, then people will question the studies’ motives.

Trying to package all of Korean food as “well-being” will do nothing but shoot the globalization campaign in the foot. For one thing, only a fool would believe that a culture’s entire cuisine is healthy, and Korean food is no exception. 삼겹살 is mostly saturated fat. 떡볶이 is mostly empty calories and carbohydrates with no nutritional value. 삼계탕 has 2.5 more calories per gram than a McDonald’s Big Mac. Korean cuisine may have lower fat content than American cuisine, but it also has high sodium content. Korea has one of the highest stomach cancer rates in the world. The American Cancer Society says that “smoked foods, salted fish and meat, and pickled vegetables” appear to increase the risk of stomach cancer. Those are all elements of Korean cuisine. So claiming that Korean cuisine is healthier than other countries’ cuisines is a shaky bridge to stand on.

As far as translations go, the word “well-being” itself is Konglish. It is used to describe someone’s physical or financial health, but it is not attached to foods. So if you insist on marketing Korean food as a health product, use a word other than “well-being.”

Organic is greatly becoming more important. If you claim a food as organic, you have to be serious about it. A friend of mine visited a Han-oo cattle farmer who claimed his beef was purely organic. My friend asked him what he fed them. He said it was some corn-based feed from America. He asked if the corn was organic. The farmer didn’t know. If the feed is not organic, the beef is not organic.

Americans do care about health in their food. They don’t see food as medicine. Yet if a product gives certain certifiable benefits without sacrificing taste, consumers are more likely to choose it. It helps to say that kimchi not only tastes great, it is a probiotic food. That is much better than putting a sign in front of a consumer saying, “Eat this. It prevents constipation.”