A few years ago I was asked to write a small book on promoting Korean food. I finished the manuscript, but it never got published. The publisher ended up going out of business. Here is the old manuscript for your enjoyment, posted in segments. Keep in mind that this was written in late 2010, but some parts are still relevant today.

An ad appeared on CNN to promote Korea internationally. It was talked about but not talked about positively. It consisted of racial stereotypes of foreigners—an American cowboy, a Japanese woman in a kimono—asking “is it true” questions about aspects of Korea that would not appeal to an American audience (“Is is true Korea is the world’s 7th largest exporter?”). The ad was actually screened to a couple of foreigners at the government agency that produced it. The foreigners said that the ad was awful and shouldn’t be aired. A civil servant manager told the foreigners that he understood what foreigners liked better than they did.

The ad aired, and it received some comments, mostly negative. Viewers were turned off by the stereotypes and the chest-beating messages about Korea’s greatness. Business leaders and even a New York Times journalist talked about how awful the ad was on the Internet.

My dealings with Korean media have been frustrating. There is great talent in Korean production crews. Yet the people who produce and write rely too heavily on Korean stereotypes of foreigners. The problem may stem from these people not having traveled much outside of Korea. They have a “frog in a well” worldview, where their information on foreigners comes from caricatures on TV and movies. I have seen local Korean TV use these stereotypes, and even exported media like Arirang, play to these stereotypes as well. When I was working on my series for Arirang (2011, G-Korea), I had to rewrite the script a few times because the scriptwriter was placing some insulting stereotypes into it. Here are some stereotypes I’ve observed over the years that need to be halted.

Westerners are stupid or don’t know anything about Asian cultures

A series of web ads for Korean tourism came out a few years ago. The main character was the Korean stereotype of a westerner with blonde hair and a big nose. The ads put him in situations that the producers felt were uniquely Korean. Yet over fifty percent of the situations made this character look like a foolish clown. He couldn’t use chopsticks. He didn’t take his shoes off when going inside a house. Tteokbokki was too spicy. If you watched all the ads back-to-back, you’d think that he was an idiot that was a danger to himself and those around him. It definitely did not promote Korea as an attractive place to visit. It made people think twice about going to a country where the residents thought they were stupid.

Westerners don’t know a whole lot about Korea, but they do know some basics. I’ve noticed that people, when listening to someone struggle with a second language, tend to think of them as stupid. A foreigner may not speak Korean well, but he may also have a Ph. D. in genetic science. Don’t assume he’s stupid because he hasn’t mastered the Korean language.

Also take to heart that Korea does not always need to send out a polished image of itself. Many government and private entities have spent millions of U.S. dollars on ads that are beautiful but give a sterile humorless image of Korea. They just reek of propaganda.

Not everyone does this, though. A Korean pizza company came out with a fake documentary on the internet about how Koreans invented pizza. It poked fun at a lot of nationalistic aspects of Korean culture. And you know what? It became one of the most popular and effective food campaigns from Korea!

Foreigners are smart enough to know when something is a joke, and they appreciate subtlety. Making fun of yourself is one of the best ways to gain friends. This pizza campaign was so subtle that some people didn’t even know it was fake. That made it even more popular. It was picked up by America’s largest food blogs and created a fun quirky image for this pizza company. And think that all this campaign cost was the production of the video and the creation of a website. They got more benefits with less money.

I understand they’re being nice, but it’s also condescending. It’s like a westerner saying, “You use a fork and knife very well.”

A young Korean man once asked me, “How many hamburgers do Americans eat each day?”

Well, how many hamburgers do Koreans eat each day?

Yes, Americans enjoy hamburgers, pizza, and spaghetti. They enjoy them about as much as Koreans do. Yet, as in Korea, hamburgers and pizza are considered junk food. They’re not equal to kimchi and rice in Korea. That’s like asking a Korean how much bunsik they eat each day. Except in extreme cases, hamburgers and pizza are special occasion foods. Few people eat them every day. The average is once or twice a month.

If there is any consistent rule about the average American meal, it’s usually a main dish with three sides, like a pork chop with three types of vegetables, along with bread. It’s not much different than the Korean diet other than meat takes a larger role and rice is considered a side dish. 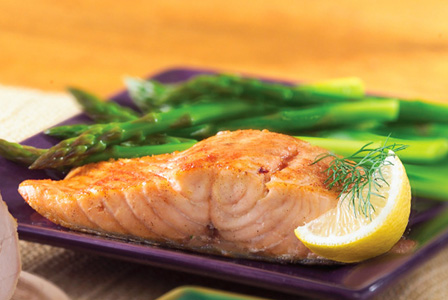 Traditional western foods are healthy. It’s only been since the 1970s that Americans started getting fat—around the time that fast foods and high fructose corn syrup hit the market.

That is a positive selling point for Korean food, but that won’t be why Americans will jump for it. Americans aren’t sitting around waiting to grasp onto a healthy food because they only have unhealthy options. Since the 1970s Americans have been bombarded with healthy trendy foods, and after all these years, they’ve grown tired of them, mostly because these healthy foods taste bad. In the 1990s and 2000s a backlash against the health food trends occurred, with restaurants intentionally coming out with unhealthy dishes because Americans had gotten so weary of bad tasting “health” food. So assuming that Americans will eat Korean food just because it’s healthy is folly.

Korean food is spicy, but most Americans love spicy food. Chili peppers come from the west. Americans have their own spicy foods, such as Cajun cuisine, hot wings, Tex-Mex foods covered in jalapenos, and the world’s largest variety of hot sauces. Not all Americans like spicy food, yet many do. Europeans are a little more sensitive, depending if they come from the north or south, but there are fans of spicy food there, too. They’ve also been exposed to spicy cuisines all over the world, including Thai, Indian, and Mexican. Korea is not the only country with spicy food, and it should be considered something good. Don’t try to reduce the heat for western palates. We love the spice!

All foreigners are alike in that they’re not alike. I hear promoters regularly say things like, “Bibimbap will make Korean food popular.”

There is not one single food that will make Korean food popular. Everyone has a different taste. Yes, there are patterns you can find, which come with research. But as mentioned before, Americans like variety. Their tolerance for spice is different. Some like oily foods, many don’t. In most households there is not one single food that families eat at every meal like rice is eaten in Korea. You may find that people from France like Samgyetang (Ginseng Chicken Soup). People from the American northeast like Nakji Bokkeum (Spicy Stir-fried Baby Octopus). The American south likes barbecue. That’s where market research can help.

I say this to point out that giving Americans choices at Korean restaurants helps solve a lot of problems. Thai restaurants let diners choose how spicy they want their food. Korean restaurants can do the same. Restaurants can have a “build-your-own-bibimbap” menu where diners choose what they want in their bibimbap. Or they can do what many new ethnic cuisines do and serve their food as a buffet. It makes dining more fun and removes the fear some people have of ordering a new food and getting something they don’t like. You give diners choices, you give them power, and they walk away happy.

This dish isn’t popular because foreigners can’t pronounce it

When the government campaign to promote Korean food began, they started with one of the silliest promotions I could ever think of. Rather than do a little research to find out what foreigners’ tastes are, the government decided to start off by promoting tteok, particularly tteokbokki.

Foreigners generally haven’t liked tteokbokki. It’s not because it’s too spicy—well, for many that’s not the reason. It’s because the texture is too heavy. When famous TV food personality Andrew Zimmern did his show on Korea, he described tteokbokki has big balls of dough. To many foreigners, it’s like eating chewing gum.

Yet the government got the random notion that tteokbokki was not popular because foreigners couldn’t pronounce it. There were even newspaper articles stating that as the reason. So the government poured five billion won into changing the name to the Japanese-sounding topokki and created a Topokki Institute to make tteokbokki more attractive to foreigners. When scientists in lab coats instead of chefs make a food, there is something wrong.

This topokki campaign has seen a little success, but it’s an example of an organization forcing a food down people’s throats. The cost-to-results ratio is too wide. It’s highly inefficient to spend so much money to get so little results. That money could have been spent more wisely if the government first did a little research and had not relied on a racist notion that foreigners can’t pronounce Korean words.

Korean food ads and overseas restaurant efforts make the assumption that Korean food has to be fancy and served on white tablecloths for westerners to like it. That is far from the truth. The attitude these days leans towards authenticity. When westerners try a new cuisine, they want it to taste as real as possible. When they walk into a Korean restaurant, they want to feel like they’ve taken a plane ride to Seoul. Fine dining does have its place, but that’s not a priority with western diners.

The message of this entire chapter is to reiterate that you need to know your market. Do not rely on stereotypes. Assume that everything you know is wrong. That’s the best way to approach a market. Research, research, research. Western companies have made this mistake, too. The restaurant franchise Taco Bell entered the Korean market in the early 1990s. Their assumption was that Koreans like spicy food, so they would naturally like Taco Bell. They failed miserably and lost millions of dollars. If they had done their research, they would have found that Korea was not yet ready for tacos. In the late 2000s, they were more cautious and entered the Korean market again. By then, the Korean public had a greater appreciation of international foods and had been exposed to Mexican food through local Mexican restaurants. They entered slowly by opening one store in Itaewon and then one in Hongdae. The response was overwhelming, and Taco Bell became more successful. They lost millions of dollars the first time because they relied on stereotypes for their business. They were successful the second time because they studied their market before venturing.