My Evening with the Bulgarian Ambassador 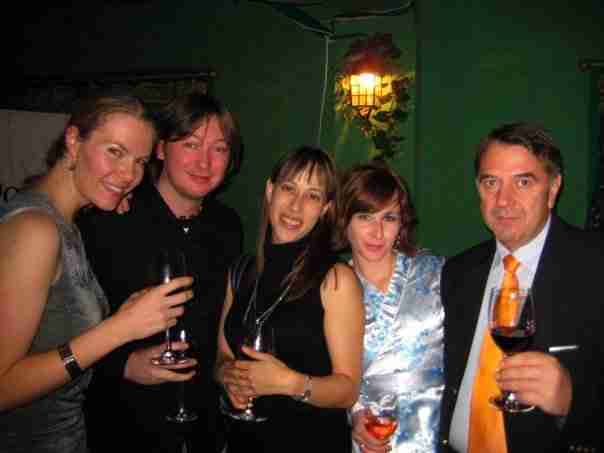 I’ve recently become friends with fellow food writer Daniel Gray. He invited me out to Zelen’s in Itaewon for their wine party on Friday night. I was hesitant to go because I get off work at 8:30–which puts me in Itaewon at 9:30. The last buses for home leave around 1:00, so I gotta keep my eye on the clock the whole time.

I did end up going. Zelen’s is a Belgian/French bistro in upper Itaewon, where all the new trendy restaurants are. It’s owned by the same woman who owns the popular Suji’s. Unfortunately, she wasn’t there that night, and I didn’t get to meet her.

I came in right behind a group of young Korean women, who didn’t know a wine party was going on that night. They felt intimidated at the door and left. The guy at the door told me about the dress code–wear something silver.

No one said anything about this before. So I was obligated to buy some cheap silver-looking bracelet on top of the 29,000 won entrance fee, which I promptly stuck in my pocket. Immediately, I felt uncomfortable in what at first impression was an overtly pretentious party.

I met up with Daniel and the always fabulous Miss Koco. I also met the ambassador to Bulgaria. Daniel introduced me to him, and I did a double take. He responded, “I’m just a person. Don’t be shocked.”

Eventually, I started meeting more people. Daniel touted me as a type of celebrity, and by the end of the night, people were getting their pictures taken with me.

The food was okay. It was Bulgarian food, which meant a good bit of lamb, stuffed onions (is that a good idea for a party), and other foods that had an Eastern European/Greek feel to them. Nothing really stood out, and I was thinking, “I could make this at home.”

Man, I’ve gotten snobby about food lately. I guess that if I’m going to spend this type of money I expect to be wowed by the food–not get another cucumber tomato salad with parsley, parsley, parsley–the most overused herb in foreign cooking in Korea.

There were two tables of wine with servers, touting the qualities of each wine. I only liked one of the reds, an Italian wine named Santa Cristina. I’ll have to remember that. It tasted meaty. Mostly I stuck to whites and bubblies. They had the Carlos Rossi white, which is one of the cheapest wines in Korea–and also what I buy the most of. It’s not that bad, in my opinion, and does the trick.

The mens bathroom had an odd plumbing problem, creating a fountain under the sink.

I also met the famous Zelen teddy bear. I hear that if you dine there alone they sit the teddy bear at the table with you to keep you company. During the party, the teddy bear got sloshed and passed out on the couch.

The party started winding down before 1:00. I had to get to the bus stop quickly. A few of us shared a taxi to the area. I got off at Seoul Station.

The buses had stopped running.

I walked through the underground part to get across the street. It was full of homeless men and reeked of urine. It was actually a little scary.

The only transportation option was a taxi. And there was a line of people waiting at the taxi stand. So I had to wait in the cold for twenty minutes to get a taxi. Thankfully the taxi that got me had no problem taking me to Anyang and dropping me off at my apartment. It cost less than 25,000–which was not totally ridiculous for a taxi ride that far. And the guy was friendly and competent, which I haven’t been experiencing lately in taxi drivers.

Here are some more pics of the party that I found from Miss Koco and Daniel: 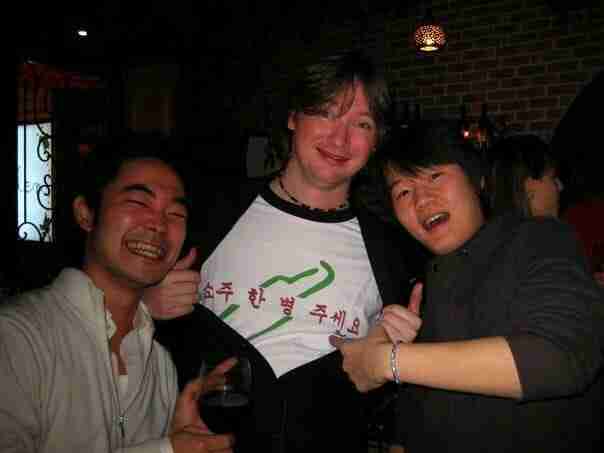 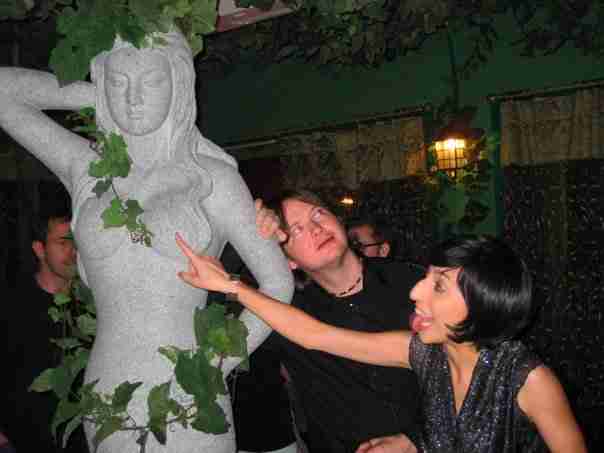 Miss Koco noticed that I was leaning on that statue’s arm a lot. 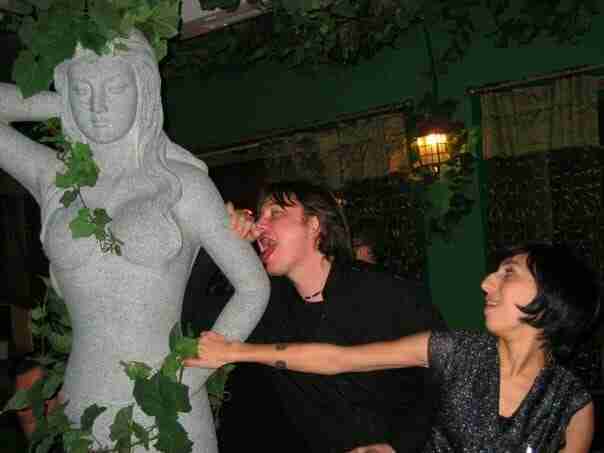 Okay, I think I had had a good bit of wine at that point. 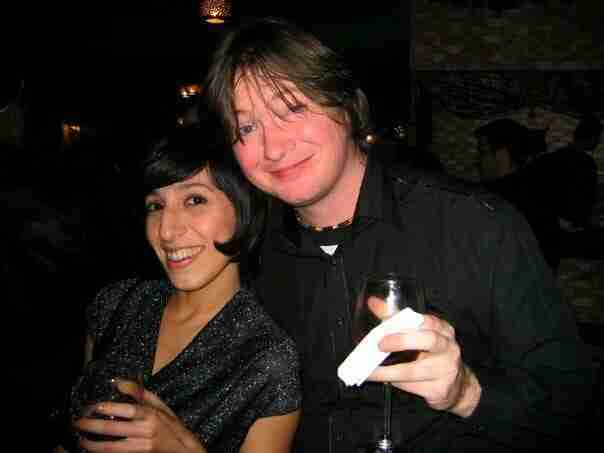