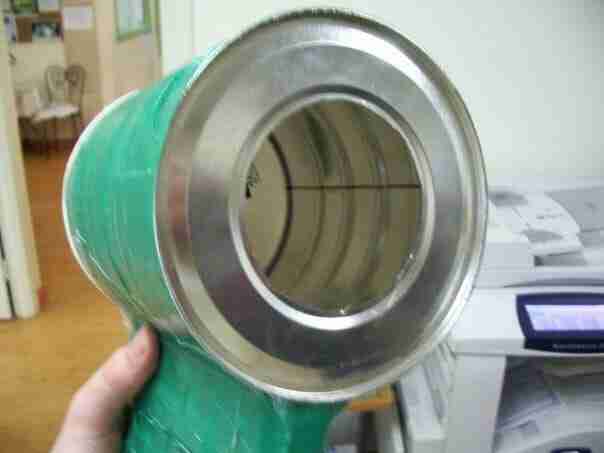 Chris is an engineer at heart. He boasts that he built a car completely out of junk when he was a teenager.

This week he has been developing an air gun to use for his science classes. Basically it’s a diaphragm (like a balloon) over a cylindrical object, like a yogurt container or, in this case, a coffee can.

He took out the grinding tools and made a hole in it and secured the balloon to the back.

What does it do?

Have you ever seen Minority Report?

It’s like the cool air guns there. Okay, those are sonic guns but similar effect. He pulls back the balloon and releases. A pocket of air shoots out so strongly that it’ll toss up someone’s hair twenty feet away.