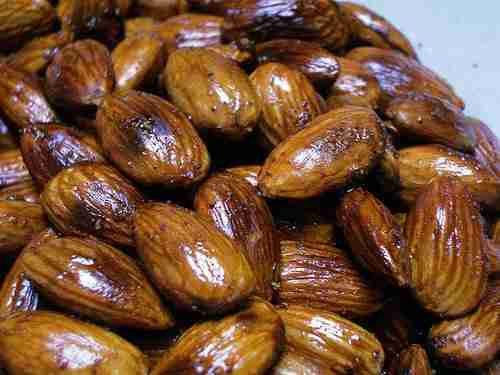 I just made these. They’re still hot. Yet they’re so good I have to share them.

This is another example of fusing the technique of one culture with the flavorings of another. On Serious Eats, I had seen a recipe of Spanish Spice Fried Almonds, taken from Janet Mendel’s My Spanish Kitchen.

I just wasn’t in the mood for cumin, and I don’t have any pimenton, which is Spanish smoked paprika. Yet I do have Korean gochugaru (chile powder), which has similar properties to hot paprika.

1. Heat the Sesame Oil and Olive Oil in a flat skillet on medium.

2. Add the Almonds and cook, giving them an occasional stir.

4. Dunk the Almonds in a big bowl and dust with the other Seasonings, tossing them together. 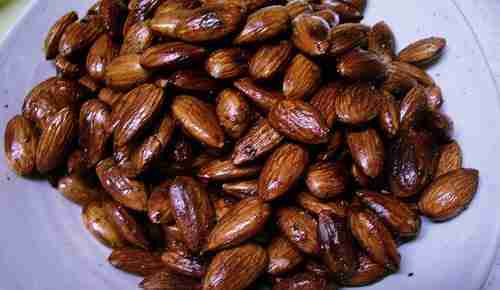