Survival Guide to Korean Coffee Part IV: For the Haters 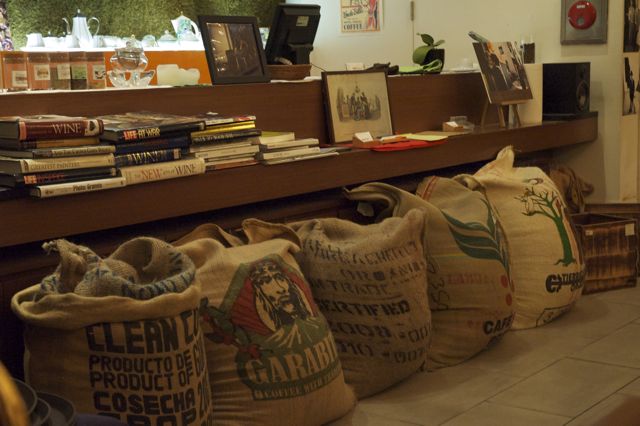 In spite of all this, I’m no coffee snob. Seriously. I’ve made coffee from stale beans plenty of times, drink Maxim once a week or so and have even used the same kettle my wife made ginger tea in to boil water for my coffee (it took, like, 15 washes before it tasted right again). I can certainly appreciate the opinion of those that don’t think coffee is worth the trouble. As we’ve arrived at the final post in this series and the last two rules. I figured it’s about time that I gave a tip that absolutely anyone, caffeine addict or not, would appreciate. And it carries with it the recommendation of a place that will probably shock everyone to hear me recommend.

Tip #9) Ever wonder why ‘tall’ is Starbucks version of ‘small’? Well, actually it’s not. Allow me to introduce you to Starbucks’ ‘short’ size. If you’re not interested in coffee (or if you’ve already had too much) and just need a place to kill an hour of time before meeting someone without spending a bunch of money, go into a Starbucks of your choice and order a short Americano or coffee of the day. That is if you can’t stomach espresso (which would probably be the cheapest). You’ll save some money but not feel like you’re freeloading by taking up one of the comfy chairs while you wait.

Even if you already knew about the short size (it’s kinda old news), this particular hack can elevate you to coffee-snob status by ordering a short cappuccino. A cappuccino larger than 6 ounces is not, in fact, a classic cappuccino due to the difficulty in properly frothing milk in an amount above a certain volume. Besides this, the tall and short size cappuccinos have exactly the same amount of espresso in them. So unless you’re just a really big fan of warm milk (which is the only thing that’s added to make a tall cappuccino), there is absolutely no point in ever ordering a tall cappuccino.

Beyond this, there are several ‘Starbucks hacks’ that you can find pretty easily with Google. Starbucks has, apparently, a whole slew of beverages available off-menu to make loyal customers feel cool, I guess. I haven’t ventured too far into this territory, but I have confirmed that the short cappuccino is alive and well in Korea’s Starbucks chains and, in fact, I recommend it.

So for meeting someone by a subway station or going on a coffee date, finding a Starbucks is a pretty safe bet as they are everywhere. You can actually order a ‘short’ size of anything on the menu (or so I’ve heard). 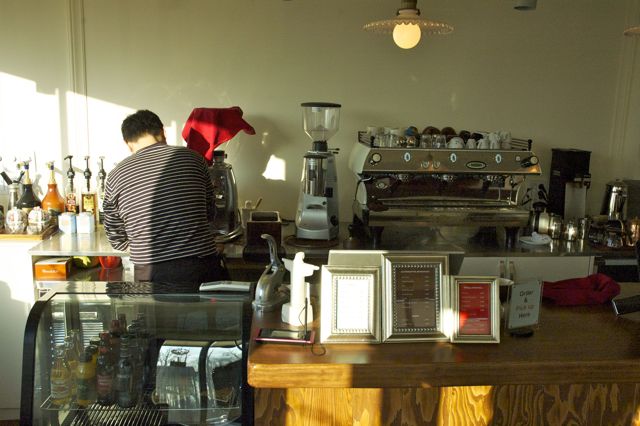 Tip #10) That all being said, just try new things. If, after trying espresso, you find that you really like americano, great! I know that I said americano is an abomination before, but I meant it in protest to the common sentiment of Korean coffee shops, restaurants, etc, that americano and regular coffee are the same thing.

I’m not against people following their own tastes. In fact, what I am trying to help you do, most of all, is to find your own taste, not just blindly rely on common wisdom.

And when you do find the real deal; a truly artisan coffee shop that takes the time to explain the subtitles of the different beans and roasts, by all means try their hand drip, syphon, dutch and even a properly cold-brewed iced coffee. These places are getting easier and easier to find and each one has a style all it’s own. Some are trendy, some are gritty. Some have big aspirations, offering latte art classes, etc, while others focus more on their roasting and make crappy latte art, but amazing coffee. I have found almost all of them to be welcoming and happy to talk to someone interested in learning about their craft.

When I really got into coffee it was because I was trying to get healthy and stopped drinking anything that had calories in it. I had previously been a wine, then scotch enthusiast (and still am somewhat of a scotch enthusiast) and I really enjoy tasting the various tastes, literally, of the land, from countries all over the world.

Coffee has just as much to offer as wine and scotch in terms as connecting us with faraway places, and the soil found there. Coffee was the world’s most traded commodity by a long shot up until the 20th century when the world’s craze for oil kicked off. And since then it’s still held its ground as #2. Some scholars are even suggesting that we may have coffee to thank for the Enlightenment as it started about the same time as Europeans transitioned from drinking alcohol and getting silly in their leisure time to gathering in coffee houses to chat. There’s all sorts of history and knowledge wrapped up with the world of coffee and, most importantly, community.

Take the road less traveled. Favor new coffee shops, flavors, brewing methods, etc, over the tried and true. Talk to the owners about their coffee and bring your friends. Aside from all the free on-the-house espressos I’ve gotten by engaging with the employers and owners, it’s just plain more fun and helps you to feel more connected to the local community and planet.

If you are a coffee-phile, or found yourself intrigued by this series of posts, do yourself a favor and pre-register for the Coffee Expo Seoul 2012 at COEX April 26-29th.