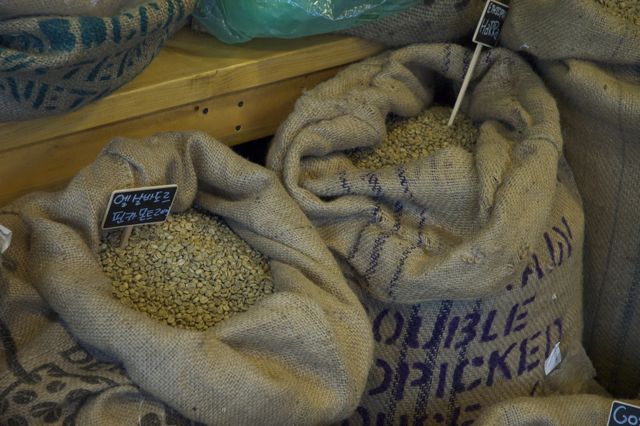 Today’s set of tips are grouped together by the theme of roast. While most coffee shops don’t openly advertise the freshness of their roasted beans, there’s a reason. Roast is actually of critical importance and, when it comes to making your own coffee at home, the very first thing on the list for improving your own home-brewed coffee.

Tip #6) Importing roasted coffee beans from some famous company does not, by itself, make quality coffee. Just because a coffee chain is from the U.S. or Italy or wherever, it doesn’t mean the coffee is better. In fact, it’s usually the opposite. While there are certainly legit questions to be asked about the labor practices of the big international coffee corporations and the way they treat the coffee growers, this rule is purely about the disrespect they show their own customers by using insultingly stale beans.

In general, the darker the roast, the more the structural integrity of the bean is broken down, and the faster the natural taste of the bean will escape (high-level coffee snobs will say 2-3 weeks. I say 4…. but I’ve been known to stretch that farther than I’m willing to admit publicly, and with appropriately bad results). I know those dark beans look so shiny and good, but that shine is the oils, which are supposed to be on the inside of the bean.

Here’s the rub: Most of the overseas coffee chains in Korea roast their beans in their headquarters’ warehouses in their home countries and put them on the slowest, cheapest boat possible to get here, meaning the coffee beans they are going to use to prepare drinks for the customers they claim to care about so much, can be six months old upon arrival.

If they are not upfront about the freshness of their beans, there’s a reason. Drinking stale coffee isn’t going to hurt you. You won’t get food poison from it if you drink it three years after the roasting date. So technically they can put the expiration date as some far off date. It’s just a ripoff. You’re not getting value for your dollar.

Several times I have rummaged through the beans on display for sale at two of the biggest foreign coffee shops in Korea and I have seen expiration dates a year or more away. Considering the slow boat across the Pacific they took to get to Korea, which adds months on top of THAT… <shudder> 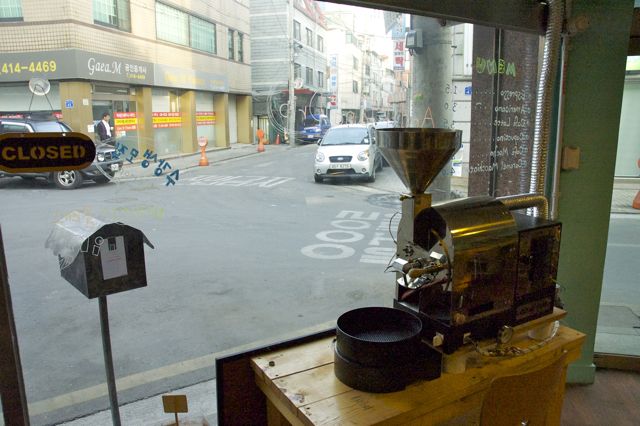 Tip #7) All else being equal, favor coffee shops with a roaster (that’s actually in use) over those that get their beans from somewhere else.

Wait! Don’t immediately scroll to the bottom of the page to start arguing with me in the comments. Hear me out. I am well aware of the fact that just having a roaster doesn’t necessarily mean you have the skill to use it, and there are certainly lots of shops around that put a roaster in the window pretty much as decoration.

It’s happening more and more these days, as it is seen as a guaranteed means to a profitable business. The youth will flock to you to fork over their money and hang out far from the reach of their parents. Ajummas will come to kill time while their kids are all at hagwon. Owning a coffee shop is an attractive business for a retiree looking for an easy, secure, investment to live off of into retirement. Coffee shops are a good place to spend time, so why not

I’m not saying these shops are going to be winning any awards for their roasts. All I’m saying is that I have had better experiences favoring small roasters than I have from similarly small and locally-owned shops that do not roast their own beans.

Of course, a special exception is granted to the cafes that fly their beans in via air mail like Chan’s Bros., and I think Chan’s Espresso Bar, does.

Tip #8) Again, if you’re chasing a caffeine buzz, opt for light roasts. Aside from having more subtle and nuanced flavors, dark roasts have had more of their caffeine burned off in the roasting process.

The final two tips in this series will be geared towards those with little interest in coffee, or maybe don’t even like coffee at all, but still find themselves in coffee shops from time to time.