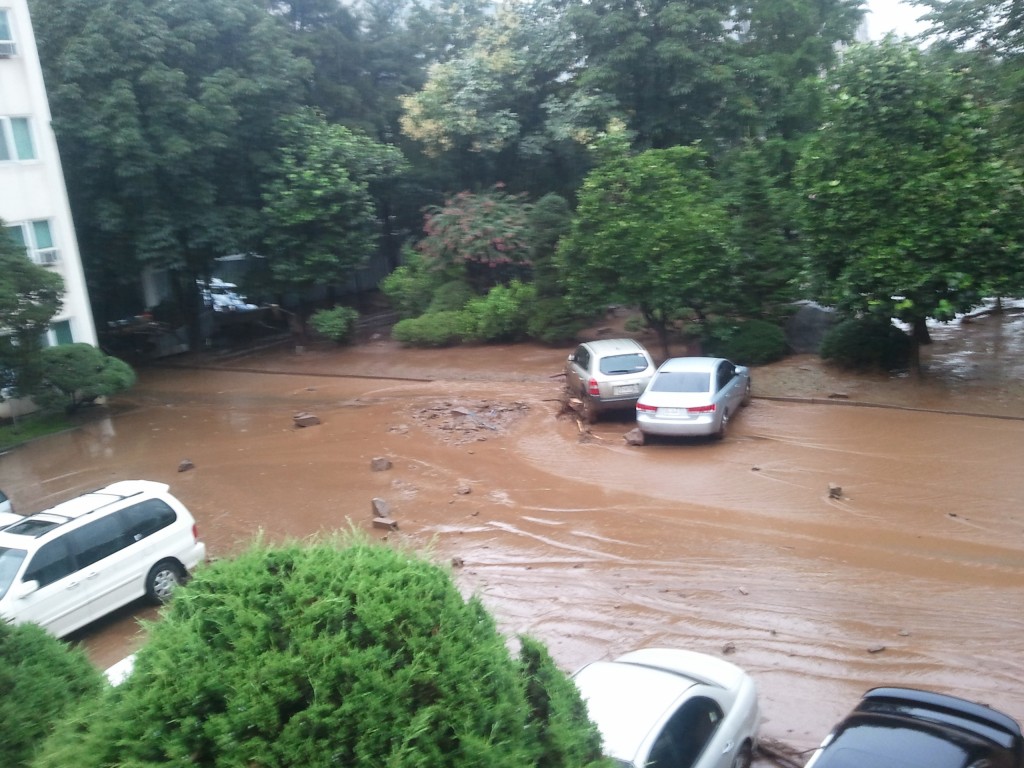 At around 8:40 a.m. Korean Standard Time a landslide hit the EBS studios in Umyeon-dong in Seoul on Wednesday. The studio was evacuated and no one was injured. Water and mud flowed through the building and down the street, uprooting trees, washing down concrete blocks and damaging cars. Residents are working together in clearing debris and removing storm drain grates.

It hit in the middle of broadcasting “Morning Special” on EBS FM. A rumble was felt in the studio and was assumed to be thunder. A few minutes later, a call came in from the news anchor Peter Binn, who had just left the studio, that a landslide had occurred. During the break, the order was given to evacuate the building, which was already flooded with water and mud.

JOE’S NOTE: I took these pics and videos while evacuating the building. Please forgive the quality. I am updating with more pictures as I can, so keep checking. 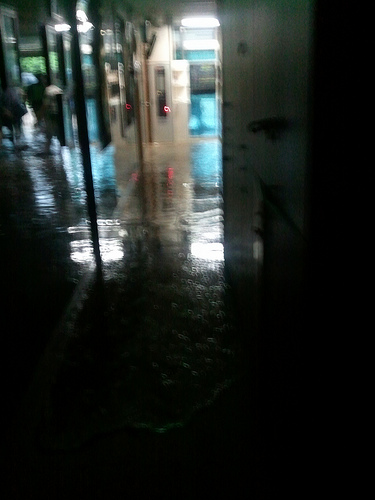 What we encountered in the hallway outside the control room. The lobby is just ahead. 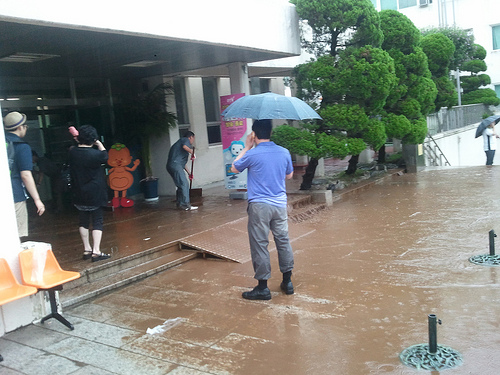 Outside the lobby. People were sweeping water out. 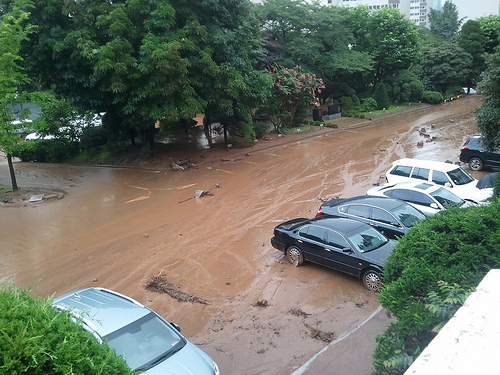 The EBS parking lot. All mud and debris. 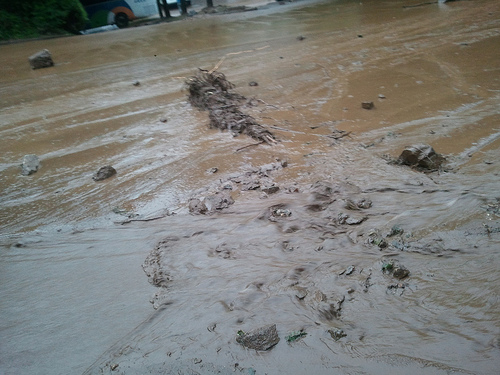 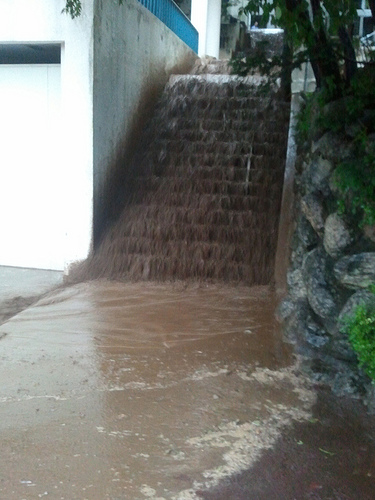 Mud waterfall gushing out of one of the stairwells. 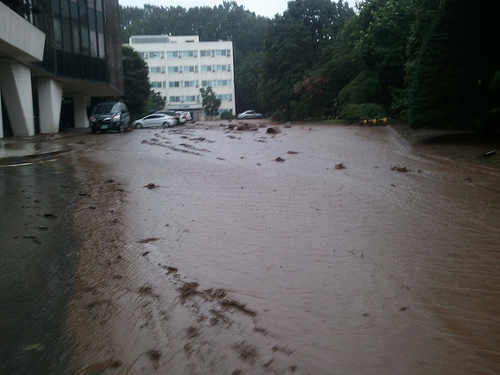 Down the street looking back at the parking lot. 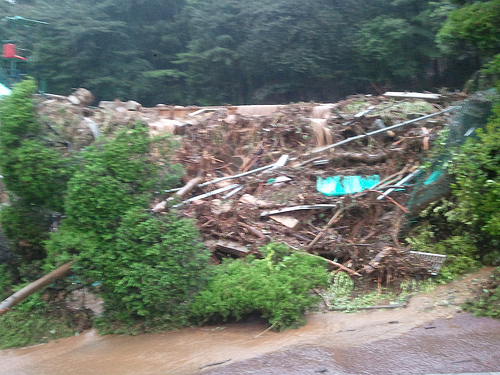 This ledge next to the guard station had collapsed. 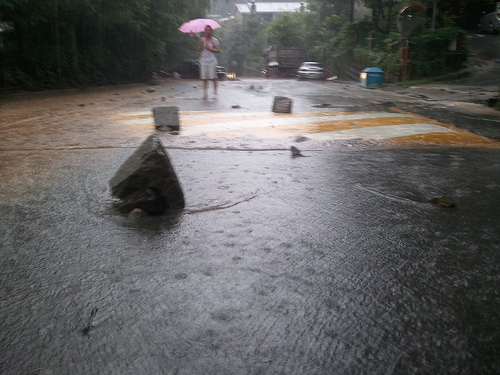 Concrete and other debris down the street. 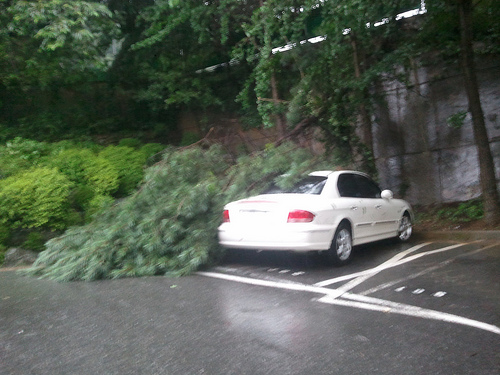 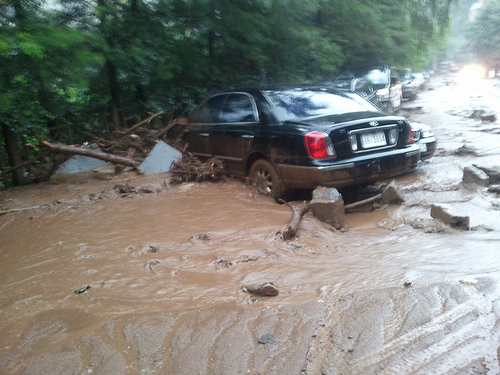 Trees, debris, mud, concrete and water wash these cars down the street. 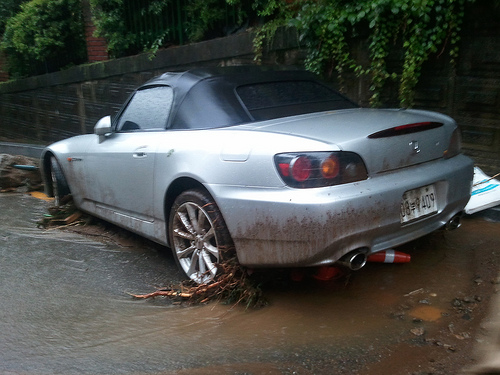 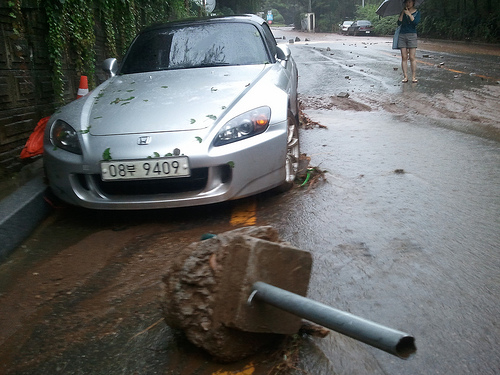 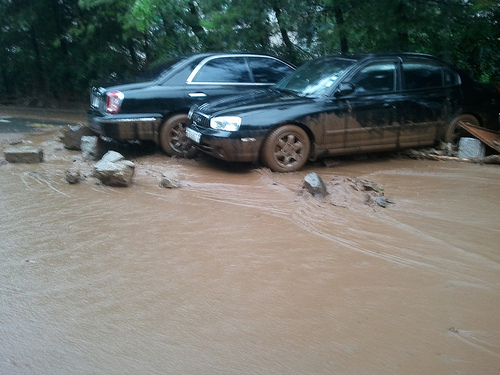 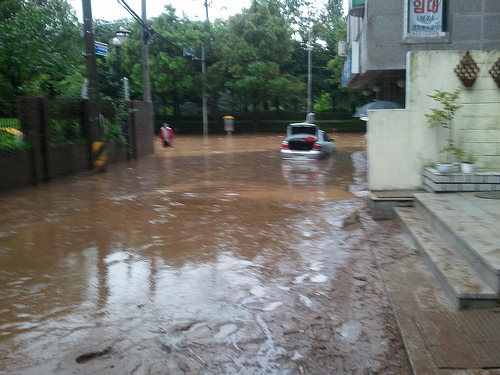 At the south end of Umyeon-dong, the street was blocked by flooding. Couldn’t find a way out. 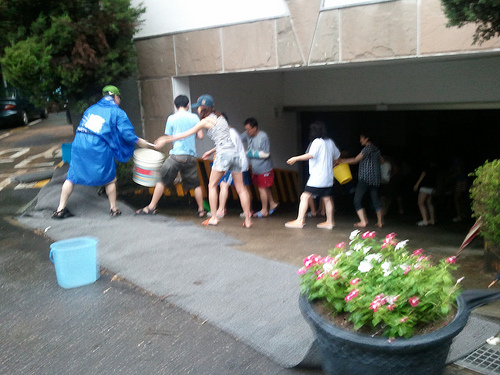 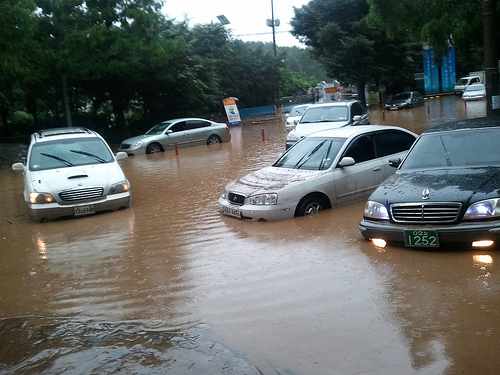 Flooding at the south end of Umyeon-dong. 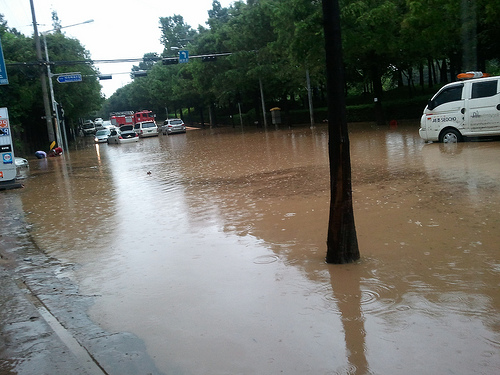 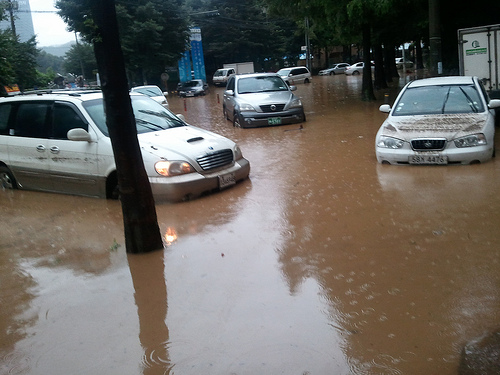 The van’s engine was still running. This must have been sudden. A group of people were standing at a gas station, looking helpless.

EBS was able to set up a generator outside and thread some cables to the second floor so it could continue broadcasting. I showed up early for work the next day, and it was still a surreal place. 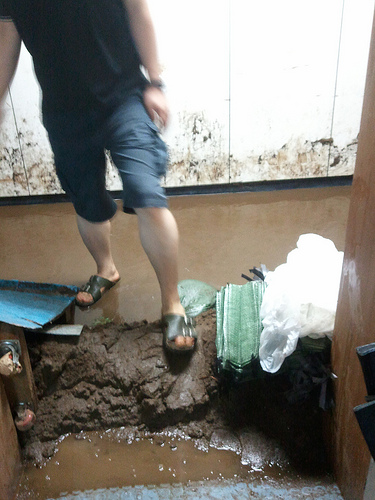 We had the use of only one studio, and a mud barrier was set up to prevent the still flowing water from entering the studio. This is the entrance. We had to wade through the water-logged hallway to get to the studio. 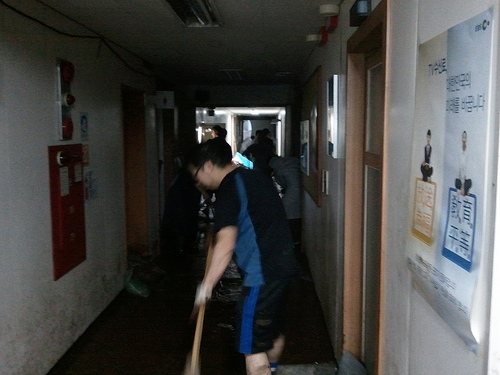 A large team have been working with shovels and wheelbarrows to clear out all the mud and water. 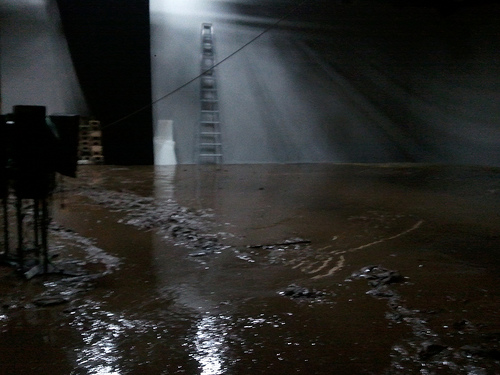 The TV studio where they tape the children’s show BboongBboongi.

The “mud waterfall” was still flowing out of one of the stairwells. 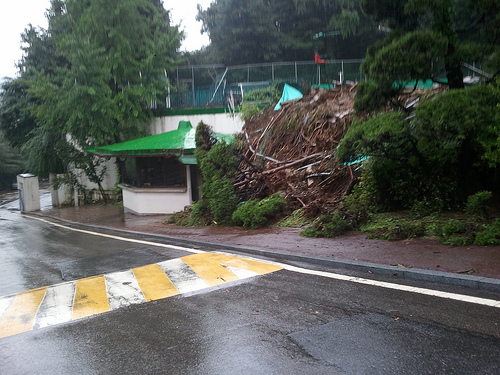