The Surprising Korean Burger Foodies Are Crazy For

There’s a Korean burger that has been the must-try in Seoul’s foodie community. And it comes from a surprising place.

Yes, Lotteria. The Korean-Japanese fast food franchise known for its culinary abominations–soggy fries and cardboard tasting burgers (though their Shrimp Burger is the perfect drunk food).

In 2016, something started changing. It was as if management had gone through a change. They came out with their A-Z Burger. It was super loaded. It wasn’t sickeningly sweet.

I compare it to the American cable TV channel AMC. How a shift in management turned it from the “Short Circuit 2” channel to the “Breaking Bad” and “Mad Men” channel.

This past week, in our group Restaurant Buzz Seoul, member Gilbert Lee posted this review (I’ve broken up the text to make it more readable): 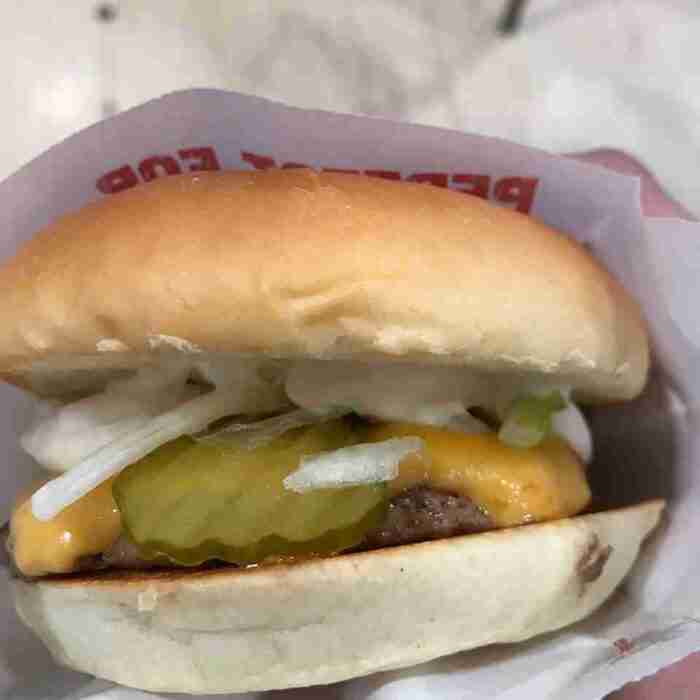 So, I’ve been in a love affair these past few months with this burger from Lotteria: the Classic Cheeseburger. As a review, I feel that I should compare it with burgers that people know of in this group, and I’d have to say, the whole In-and-Out, Cali Kitchen, Shake and whatever places have lacked resonance over the test of time. I don’t remember them, other than their brand names. Actually, In-and-Out required a long line, and the other ones had questionable interior designs and service for a dumb pricey burger. I remember yellow walls and dark lighting. And lots of people eating the burgers with their eyes closed.

Anyhow, this cheeseburger I like is super! It takes seven minutes to make, sometimes even instanteously served if you order it during breakfast hours. It costs 4,000 won, and you can inhale it in about a minute. I eat two, usually, and my day’s anxiety melts away.

The burger embodies the essence of fast-food burger joints. In and out, pure. No godforsaken lines. Oh, and the servers are great! No cheap talk, just “What do you want?”

And if you look them sternly in their eyes when you say you don’t want the set meal, they feel you proper: no more questions.

As for the taste of these bad boys, oh man. The bread complements the condiments really well. So well, in fact, Lotteria should definitely make a “Condiment Burger” with no beef. The mustard and mayonnaise is that good, people. Speaking of beef, I believe the chefs at Lotteria have made their ultimate patty, perfected over the years since the restaurateur’s inception in 1979. Words do not do the patty justice. The onions are crispy, too, reminiscent of those crispy onions we’ve all had in our day.

I will definitely remember this burger forever. I had my first in Mangwon on a summer day. It was raining outside. I was sad, but then my discovery made me happy. I hope it stays on Lotteria’s menu for generations to come.

He’s talking about the Classic Cheeseburger, which is one of the new Lotteria Korean burger offerings in the past couple of years. 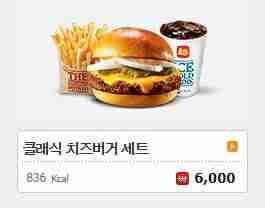 His post was immediately met with skepticism. Members thought he was trolling or being ironic.

Then others piped in to agree with him.

Besides, it was a great Korean burger review. Fun, entertaining, informative, enthusiastic. So much better than the pretentious crap we usually read from the resident snobs.

The review was intriguing enough to inspire members (including me) to give it a try.

We tried. And you know what? It’s really frikkin’ good!

I’d say it’s even better than the equivalent burgers at Burger King and McDonald’s. It’s no premium burger, like Shake Shack and Five Guys. But that’s not their playground. This change is disturbing. It’s challenging everything I know. 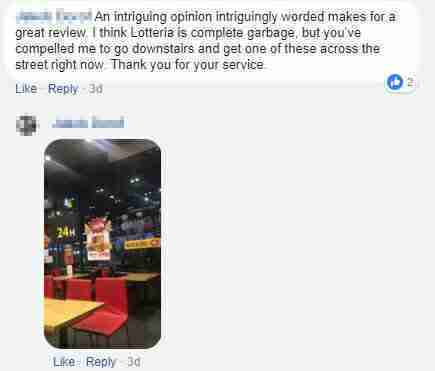 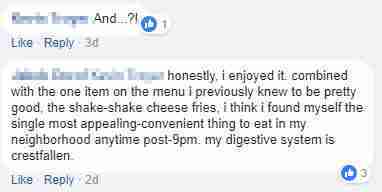 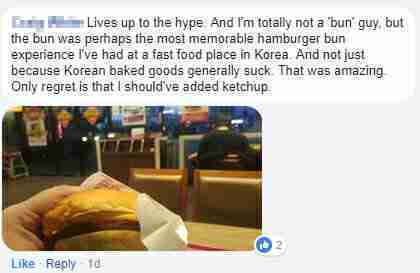 And then it went to fanboy levels of unmitigated enthusiasm. 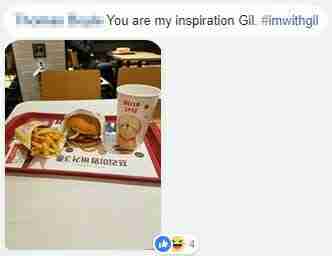 There’s something addictive in it that I just can’t pinpoint. It’s not syrupy sweet like the Bulgogi Burgers. The patty has actual flavor. It’s oniony. The pickles make it taste a little of Krystal/White Castle. The bun is toasted.

I had to try their new Mac and Cheese Sticks. They taste as if Taco Bell made macaroni and cheese and deep fried it. Not bad.

I’ve been doing this long enough to know there will be a backlash. It always happens when something becomes surprisingly popular. People who mistake cynicism with intelligence will pooh-pooh it just to be contradictory.

But seriously, it’s great to see this surprising development from crappy old Lotteria.