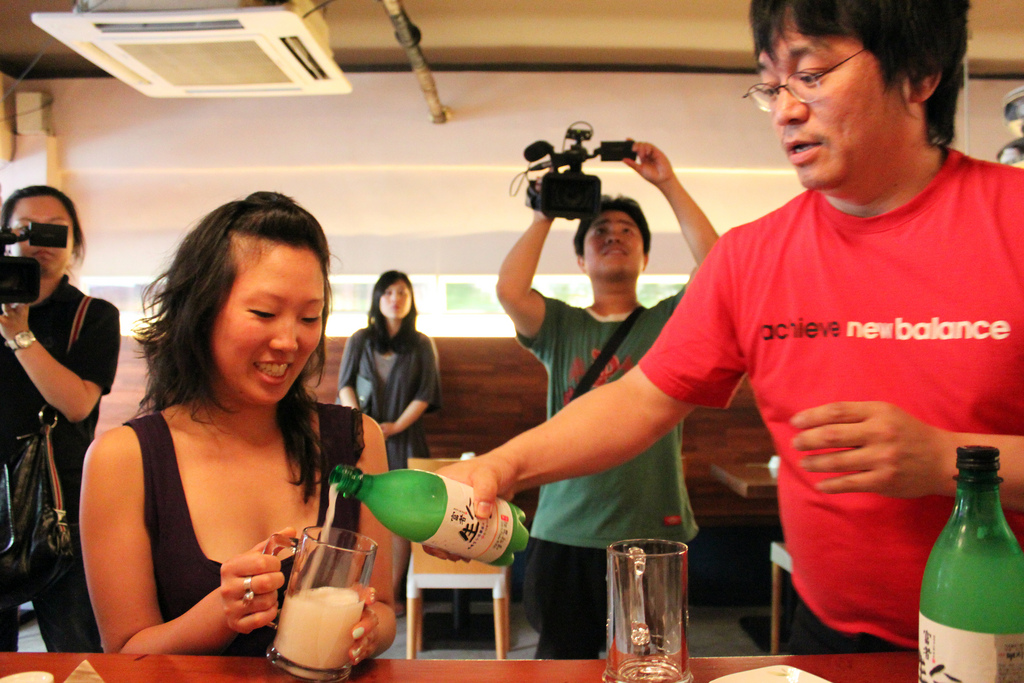 Still reeling from this weekend, and it’s still not technically over for me. 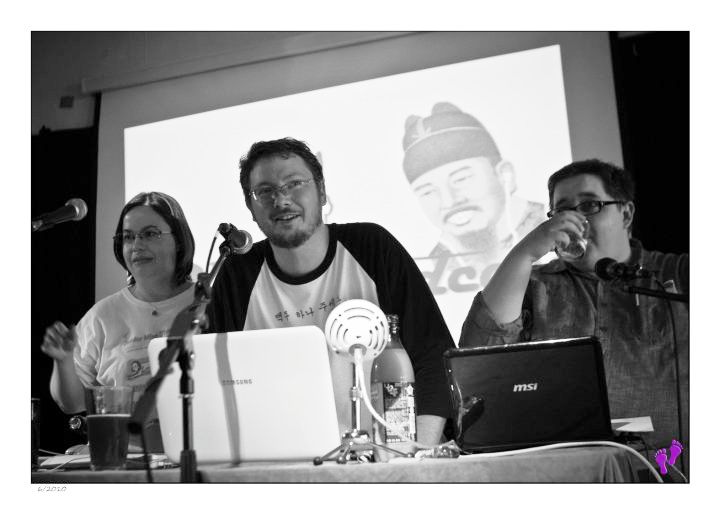 Saturday was the live 100th episode of the SeoulPodcast. It was really like a SeoulPodcast reunion of listeners and panelists. It was humbling that so many people came out to see us. And I can’t believe we pulled it off!

Right after the show, EJ and I had a meeting with a film crew for an SBS show. It’s the final episode of the season for this show, where they feature a significant foreigner. They told us that they picked out me and ZenKimchi out of a list of people to do the season ender on. It was a long meeting of brainstorming and deciding what to feature. When everything was decided, EJ and I ate at a new really nice Turkish restaurant, called Sultan Restaurant, near the Wolfhound. It’s not owned by Omar of Sultan Kebab, but the owner is friends with him. The chicken kebabs tasted just like Dad’s backyard barbecue, complete with fire-scorched tomato and pepper.

At 10 the next morning the TV crew showed up to watch me cook budae jjigae. It took me a while to get comfortable with the camera. I was concentrating hard on answering one of the interview questions when I smelled the soup burning.

EJ and I ate a few bites, and then we were off to Insa-dong.

At Insa-dong they followed me around the street as I talked about Korean pottery and its relation to Korean food history, as well as Asian history. Every time I talked, a group would form behind the camera, and I’d get nervous.

“Oh, they’re going to figure out that I’m full of bull.”

We met Michael Hurt, his friend Sandy and my old high school friend Maggie at the Insa-dong Starbucks. We headed to a traditional tea shop, where we had a little difficulty in syncing our talks with what the producers wanted to do. Then we did a little street food with even more people watching and taking pictures of us. We were starting to relax and have a good time. 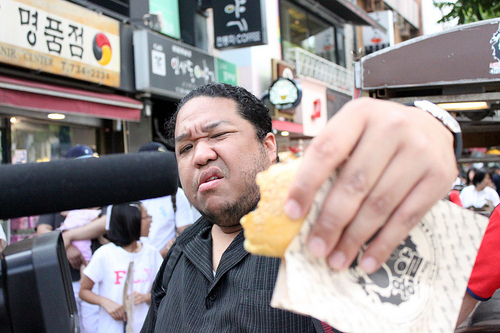 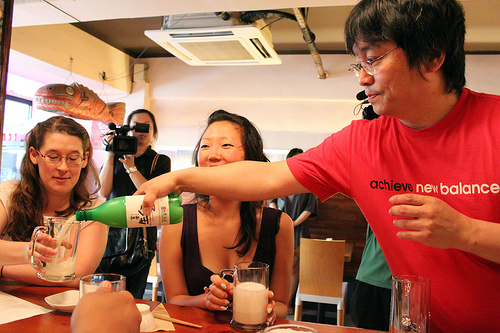 Then it was on to Chin Chin in Hongdae, the famous makkoli pub that was introduced to the community by Fatman Seoul Jen, who also was there. Michael Spavor was also there, leading a fun group of business graduate students from Montreal. Chin Chin’s owner really showed how makkoli could be a party drink. He had the 10-second “champagne” makkoli–10 seconds in that you had to drink it in that amount of time. The World Cup makkoli was my favorite, but we tried some doozies, including makkoli espresso and a makkoli ice cream infused with Parmesan cheese. 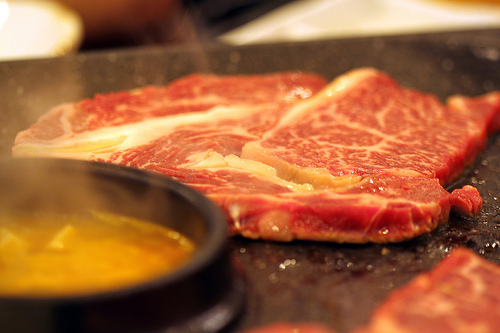 Thoroughly toasted, we left everyone and went back down to Anyang to meet Joshua “Wine Korea” Hall at a butcher barbecue joint next to our house for some grilled meat and wine.

And that’s how we wrapped the day. We’re going to shoot one more thing tonight. I’ll tell you when it’ll air. It was a lot like camping. I’m sure I had a lot of fun. I’ll realize that in a couple of weeks.

But here are some more pics: 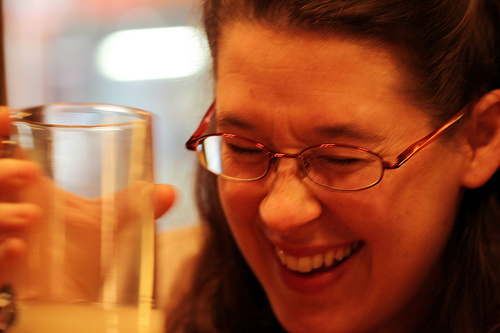 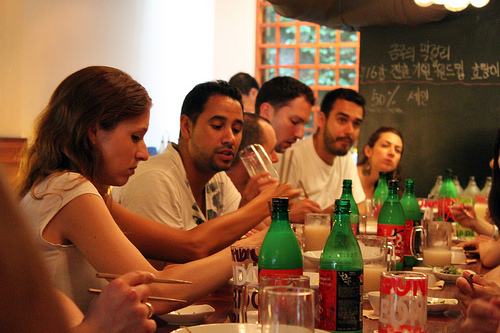 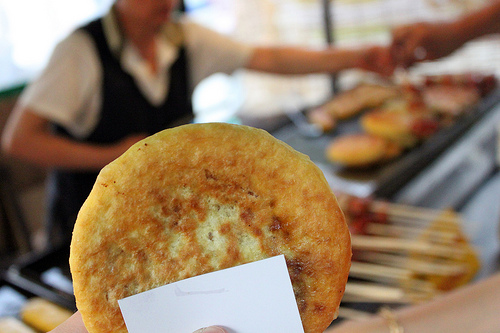 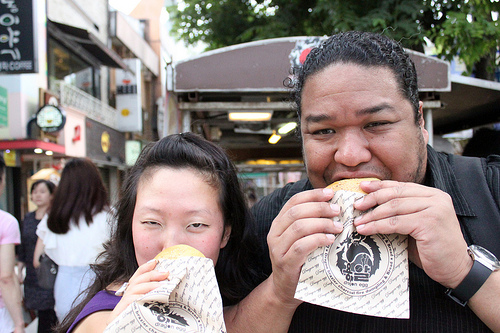 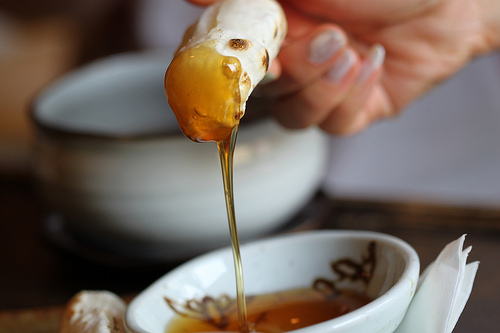