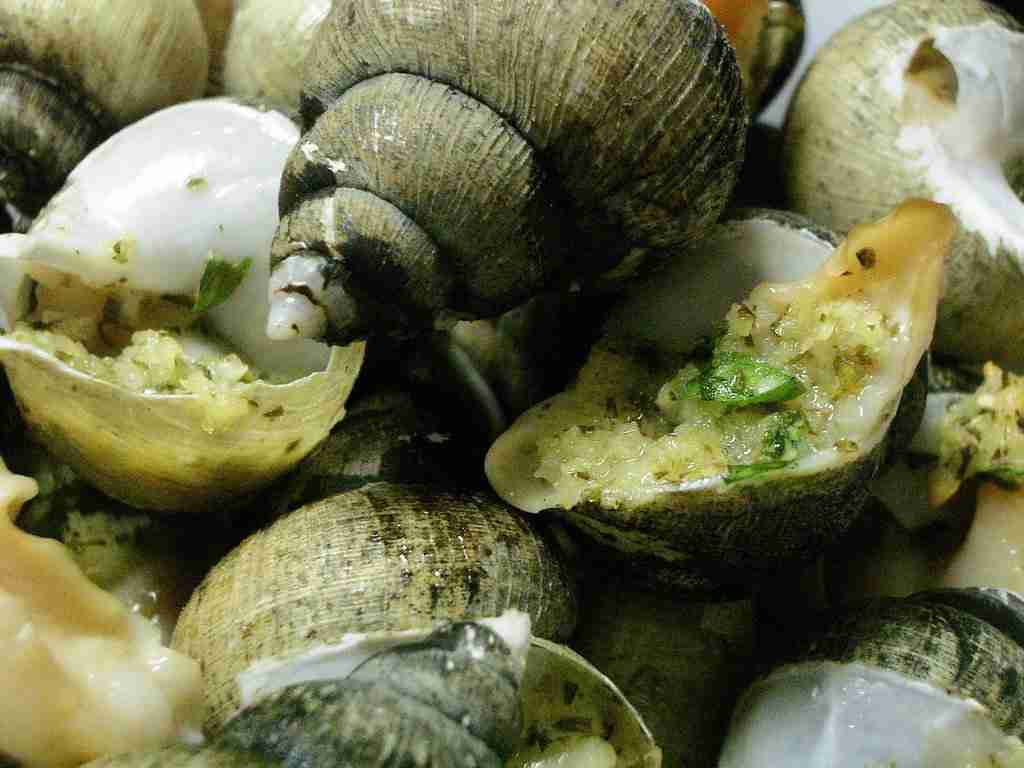 At my local E-Mart, they’ve been selling sea snails (Golbaeng-i 골뱅이) next to the shrimp. I had looked at them a few times but frequently passed them up. Then one evening, one of the staff had steamed up a bunch and was trying to get shoppers to try it. My impression was that Korean shoppers themselves were a little scared of buying sea snails in their shells. They’re used to the canned variety. Or rather, they’re used to just ordering up a spicy sea snail salad when they’re out drinking, which is some damn fine summer drinking food.

I gingerly selected a toothpick and tried one of the sliced snails. The flavor was intense, like all the good umami flavors you get from the best shellfish and a little livery taste of lobster tamale. I snatched a pack up before swallowing. 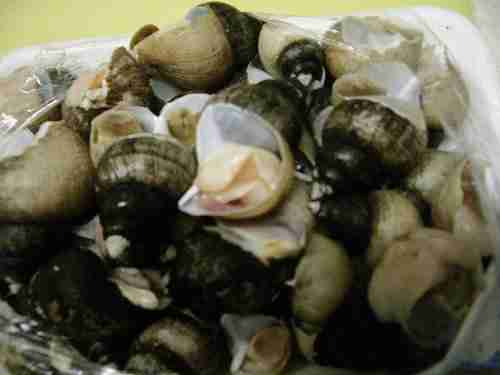 I usually eat sea snails as Golbaengi Muchim 골뱅이 무침, which is that salad I mentioned earlier. It’s shredded leeks and white onions with sea snails and a slightly sweet garlicky vinegar and gochujang-based dressing. This time, I wanted to have something akin to what I had when I visited Paris as a teenager. If you have an oven or even a toaster oven, you can pull this off easily. 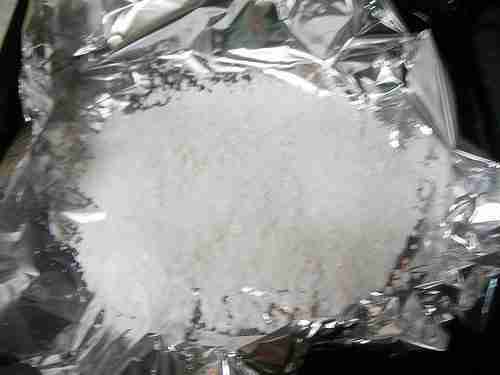 I laid down some rock salt on a foil-covered baking pan. This helps hold the shells in place. 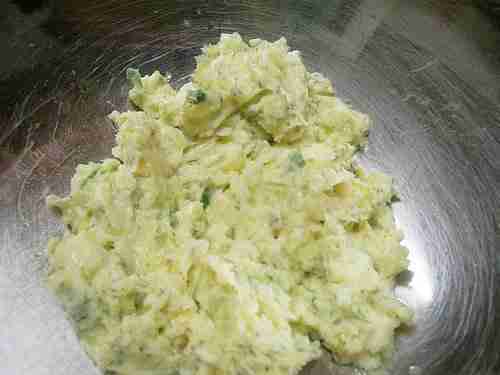 I made a mixture of softened butter, chopped garlic and some herbs from my mini herb garden. Fresh parsley works fine too. 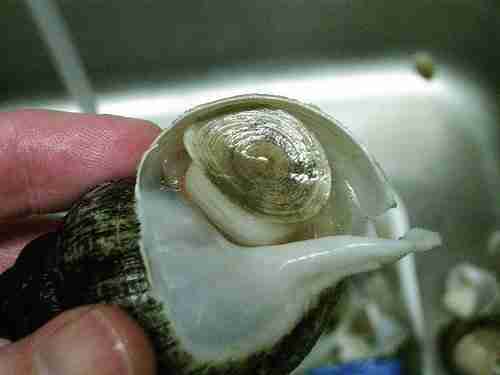 I rinsed the snails and removed their little “shoes.” 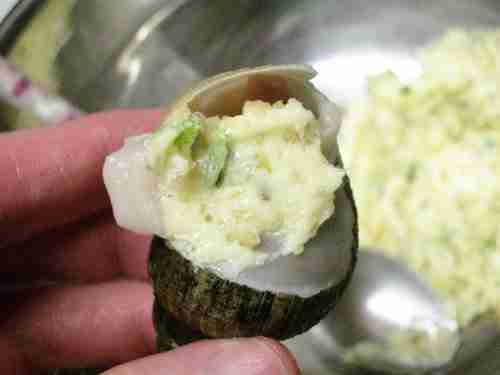 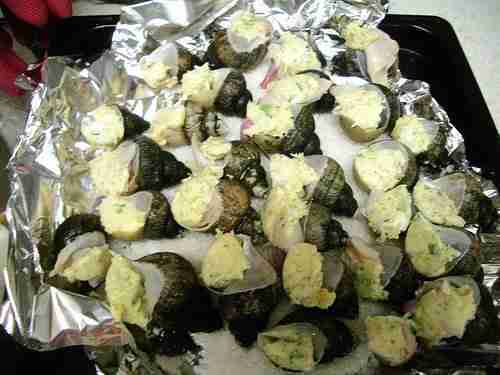 Next was stuffing time. I just jammed healthy chunks of the butter mixture in them and set them on the rock salt, making sure the butter side faced up. 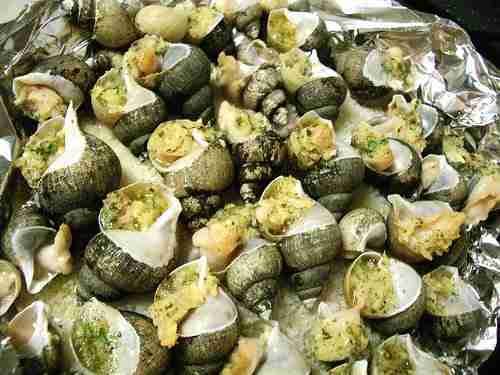 I baked them at 200 degrees Celsius until the butter had melted, which was around ten minutes. I then set them out to cool. 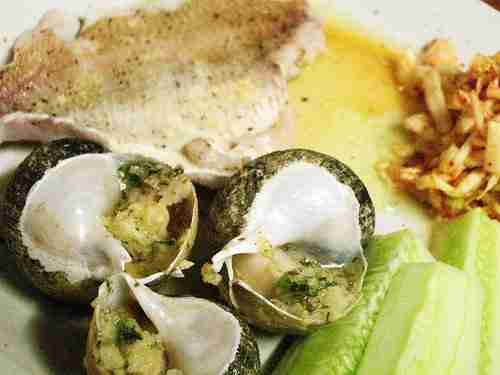 They were amazing! That night I had them with some red snapper that I filleted myself (I’m trying to become more comfortable working with fish), sliced cucumbers and a bright kimchi slaw. 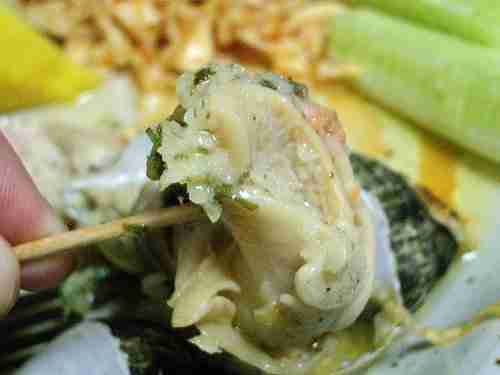 The next day, I bought a garlic baguette and toasted the slices. That was a soothing summer snack, downed with some chilled white wine. 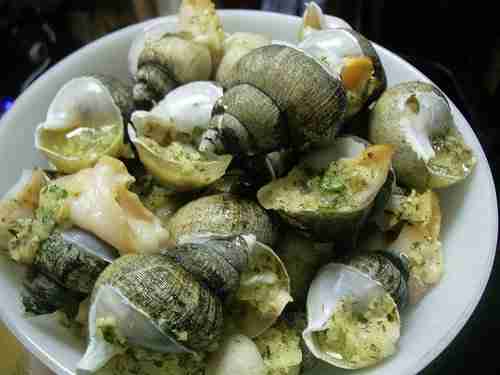