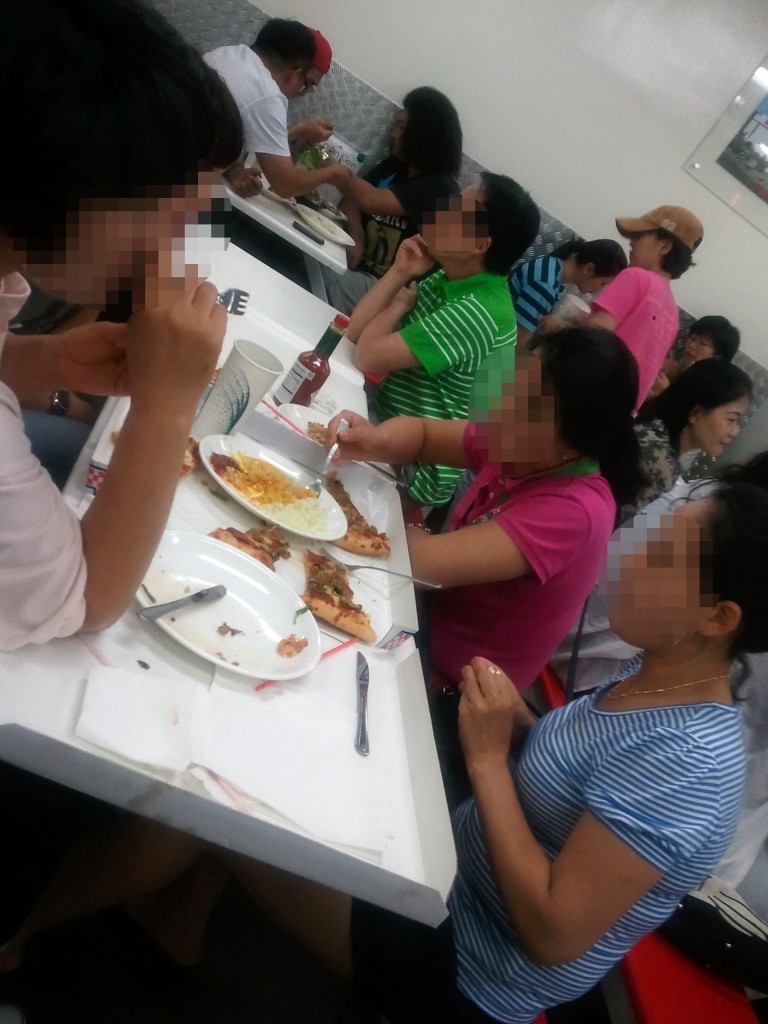 Sarah Lee at Seoul in the City brought this up the other day. Koreans love the food court at Costco. It’s almost a pure unadulterated import from America. They serve big slices of pizza with no sweet pickles or mayonnaise squiggles. They have clam chowder and chicken Caesar salads. They have real American hot dogs with real American condiments. No honey mustard. No cabbage.

Yet Costco also doesn’t have banchan. No kimchi. No side dishes to eat with your pizza. What is a self-respecting Korean to do?

That’s why there’s always a crowd at the hot dog onion dispenser. Koreans take a plate and turn the crank at the dispenser, meant to top hot dogs, and push out a large mound of chopped onions onto the plate. Then they add big puddles of ketchup and mustard. To fancy it up, if they had also purchased a hot dog, they add the packet of pickle relish to the pile.

What do they do with this?

They eat it straight up like any side dish. I’m serious. I was at Costco yesterday. As usual, there were no seat for a while in the food court, so it gave me some time to observe more closely while holding my pizza slice and pineapple smoothie. One woman had a pizza in one hand and was eating the ketchup straight with a fork. I was able to snap that picture at the top when I sat down. Here’s a close up. 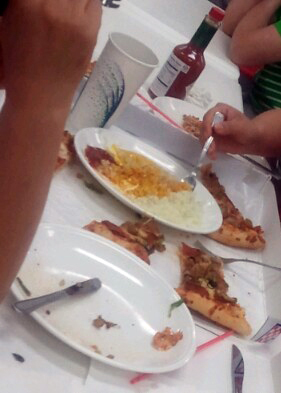 I don’t know how I feel about this. I’m frustrated by Koreans’ tendencies to be inflexible with culinary habits, like packing loads of ramyeon when going on vacation rather than eating the local cuisine. I’m disgusted by the idea of eating condiments like they’re side dishes. Yet I’m fascinated by the clever adaptation in what may be seen to a die hard rice-and-kimchi Korean as a wasteland with no banchan.

It sounds like the Costco management may be annoyed by it because they rarely refill the onion dispenser because the customers are not using it for its original purpose.