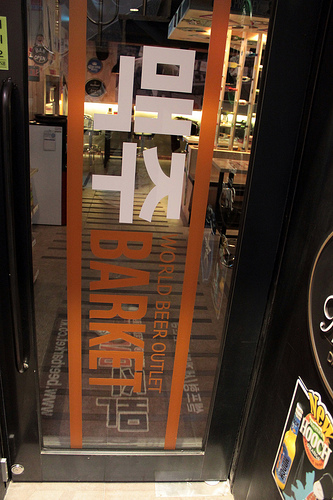 I’d been hearing about self-serve beer bars not only opening but exploding in Seoul. These types of bars exist in other cities around the world, but it’s a very new concept in Korea, and it’s catching on quickly. Import beers are becoming popular with young Korean adults. FTAs with countries have been coming into effect recently. Import beer prices are going down. 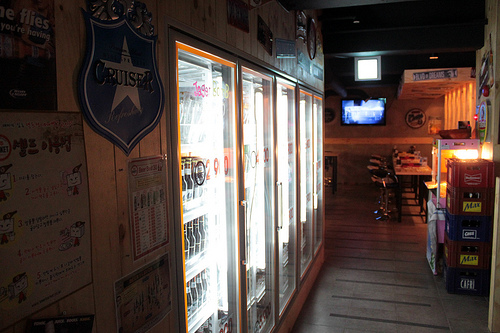 This type of bar is more than a bar. It’s a phenomenon that has occurred at just the right time. Beer in Korea has so long been dominated by the big three brewers, Cass, OB, and Hite, most of which taste like watered-down corn tea. Imports have been formidably expensive, especially in bars. With a self-serve concept like this, there is less overhead in labor, making it easier for young adults to experiment with different flavors. 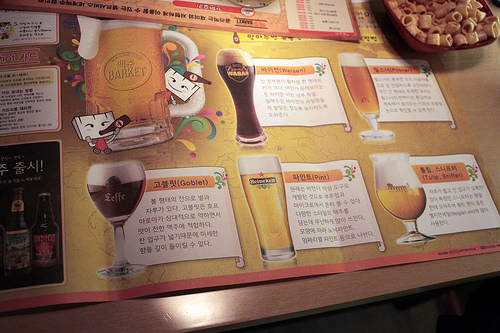 Education is something that popped out in my mind when I checked out one of the new dominant players, Maekju Barket (맥주 Barket), started by the founder of the famous Wa Bar franchise. At the table there are placemats that explain the properties of different beer glasses. At the beer coolers, they have current popularity rankings for the beers in stock. In the restroom, even, there was a taste guide posted above the urinal created by a self-proclaimed “beer stylist.” 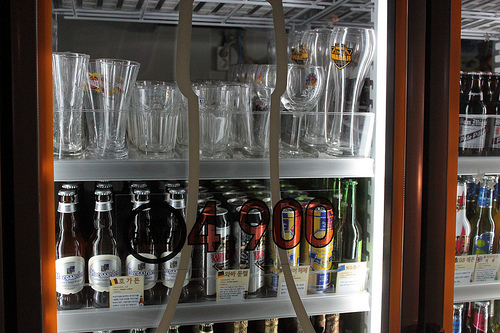 Yes, the beer coolers. This is how it works. You head to the beer coolers. Each cooler has a price on the door, signifying what the beers in there cost. They also have some of the glasses that correspond with the brands. There are also options for spirits and mixers. 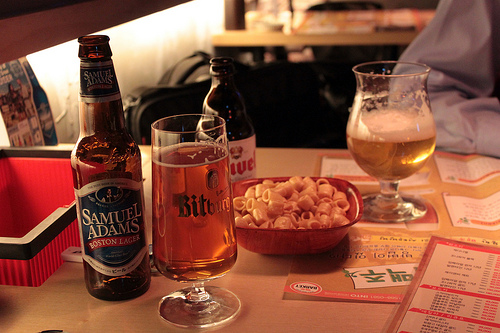 I started off with a Samuel Adams in a Bitburger glass, combining two of my faves in a way. You don’t know what ya got till it’s gone, and that’s true with Sammy. I have always loved it but haven’t gotten to drink in much in the eight years I’ve been in Korea. So enjoying it in a Bitburger glass, one of my favorites pilsen from my time in Germany, just made it perfect.

How do they know what you drank? 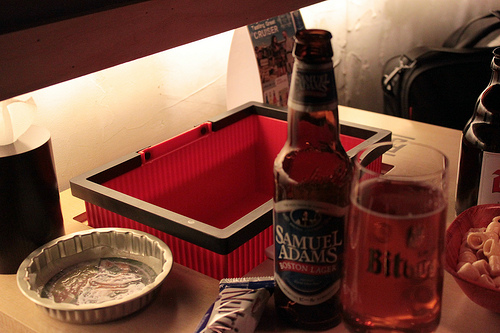 There’s a red basket at the table. Load it up with the bottles from the evening, bring it to the cashier, pay, and go. 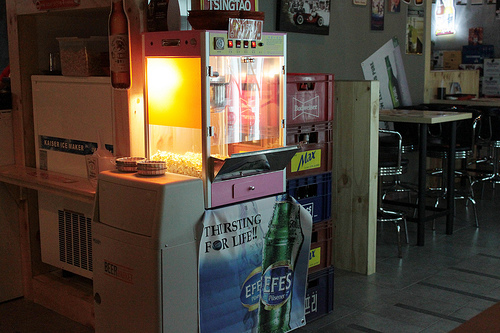 They also have self-serve popcorn, chips and snacks like you’d find at a convenience store, and even some typical anju. Though from the look of the anju menu, I don’t suggest going there hungry–just thirsty. 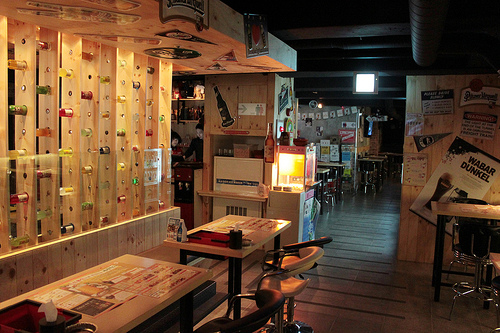 The owner of Maekju Barket has the target of opening a hundred bars by the end of this year. This is such a great concept. The interior is clean with blonde wood but not sterile. It’s warm. It has music at the right volume where you can hear the other person talk but still have a feeling of aural privacy. It’s exactly the type of place I want to go to with my friends.