How to Prepare a Korean Meal: At Home! 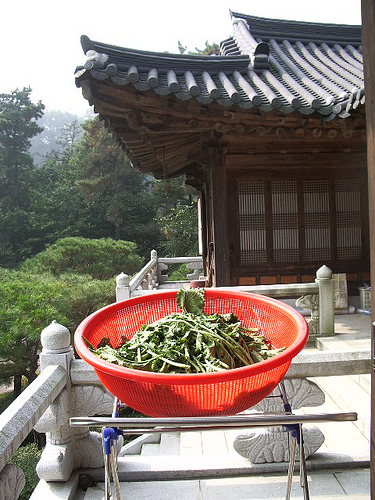 EDITOR’S NOTE: This is a special guest post by Ben Castillo.

If you like the tangy spiciness of Korean food and wish you didn’t always have to go out to get it, you might want to consider learning to cook it at home. Though you may think you will have to attend one of the many cooking schools found online to learn how to make Korean food, many of the recipes can be easily broken down so that even beginning chefs won’t have any difficulty preparing them. Once you know the basics, you may even be able to experiment a little bit.

The Basics of Korean Cooking 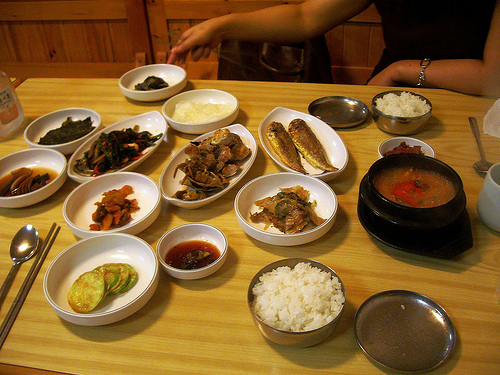 Most Korean meals are made up of many parts. The backbone of almost every Korean meal is rice. Additionally, there are also several sides that help complete the meal. Clearly cooking a Korean meal is no small feat, but when it comes together, it’s amazing. However before you start cooking, it is important to ensure that you have the proper tools to prepare your meal. These include 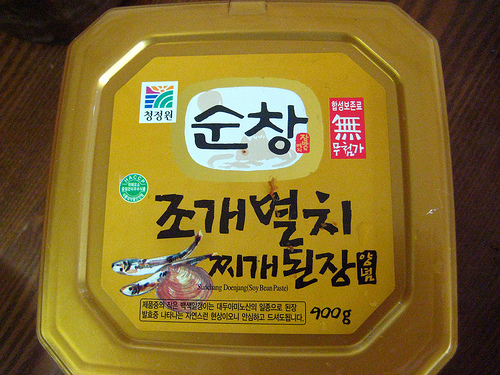 Much of Korean food incorporates meat, such as chicken, fish, or pork. Korean cooking also requires the use of a lot of fresh ingredients, such as dried or ground cloves, onions, radish, garlic, ginger, and pepper. Many of these meats and spices are utilized in a variety of dishes, but in different ways. When you know how to use flavoring to bring out the taste of a dish and have come up with a number of ways to prepare it (both following recipes and on your own) you’re well on your way to becoming well-versed in Korean cooking. Some other popular ingredients used in Korean cooking include:

With the necessary tools and ingredients in hand, you’re prepared to cook a wide range of recipes.

One Korean dish popular the world over is bulgogi, universally known as ‘Korean barbecue.’ This recipe comes from Alice at Savory Sweet Life.

While Korean food may be best known for meat dishes, as a seaside country, Korea’s culinary repertoire naturally includes excellent seafood. Try these oyster pancakes, courtesy of My Korean Kitchen.

Although many people assume Korean dishes are spicy, this is not true for all of them. Many Korean children aren’t introduced to spicy foods until they are elementary school age, which means they usually eat milder dishes before they reach that age. Similarly, there are times when spicy meal just doesn’t quite fit the bill. In these instances, milder dishes can be prepared. One simple mild(er) dish is Soybean Sprout Guk. This recipe comes via Aeri’s Kitchen.

Finally, try another popular entree (and my favorite Korean dish), bibimbap. Thanks to Maangchi for the recipe.

Ultimately if you keep your kitchen well-stocked and start with simple recipes, you will be cooking Korean food like a pro in no time. Take some time to explore some websites featuring Korean food so you can find new recipes and learn what types of meals you prefer. Don’t be afraid to try something new. Enjoy!

Yonhap Feature: At under $10, filling the bellies and hearts of New Yorkers

Feelin’ a need for propane and propane accessories

1 thought on “How to Prepare a Korean Meal: At Home!”