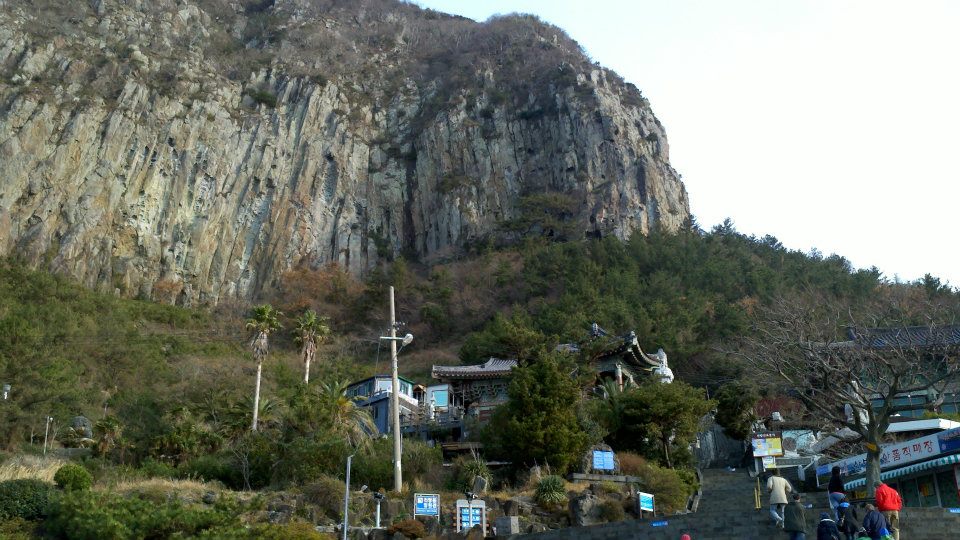 I recently went to Jeju-do and took a chance on a street vendor that was at the base of Mt. Sanbang temple. They were selling hot chestnuts, so I bought some. After I purchased my chestnuts, I noticed in a basket these little balls covered in seeds. My interest was piqued first because I thought maybe it was a healthy snack and second by the price: it was only KRW 1,000! 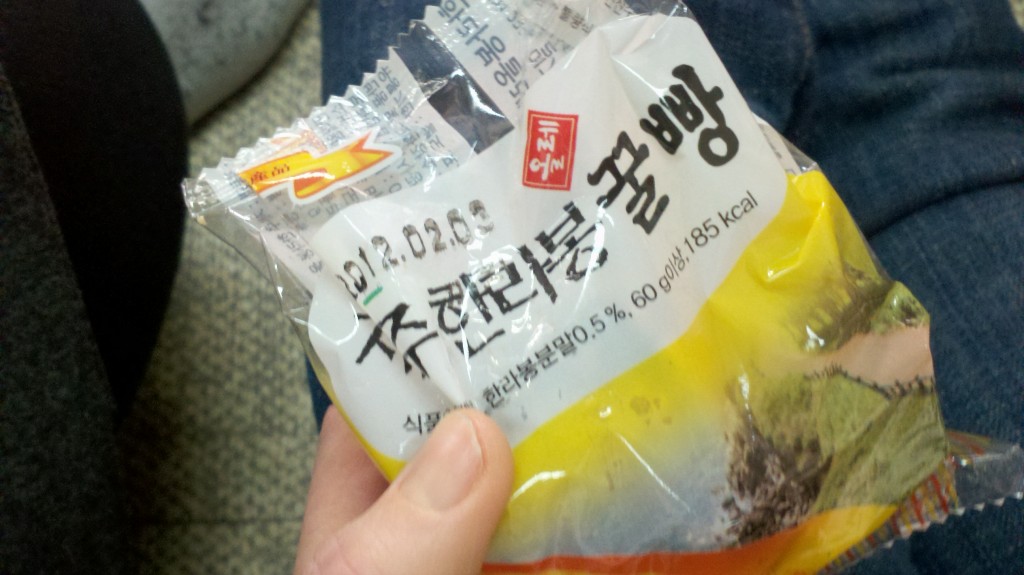 As I looked at it closer, I noticed the packaging said it was only made in Jeju-do! I thought to myself, maybe it is a product of a cottage industry. Then I noticed the logo SAMSUNG on the packaging. I decided to buy one and try it. 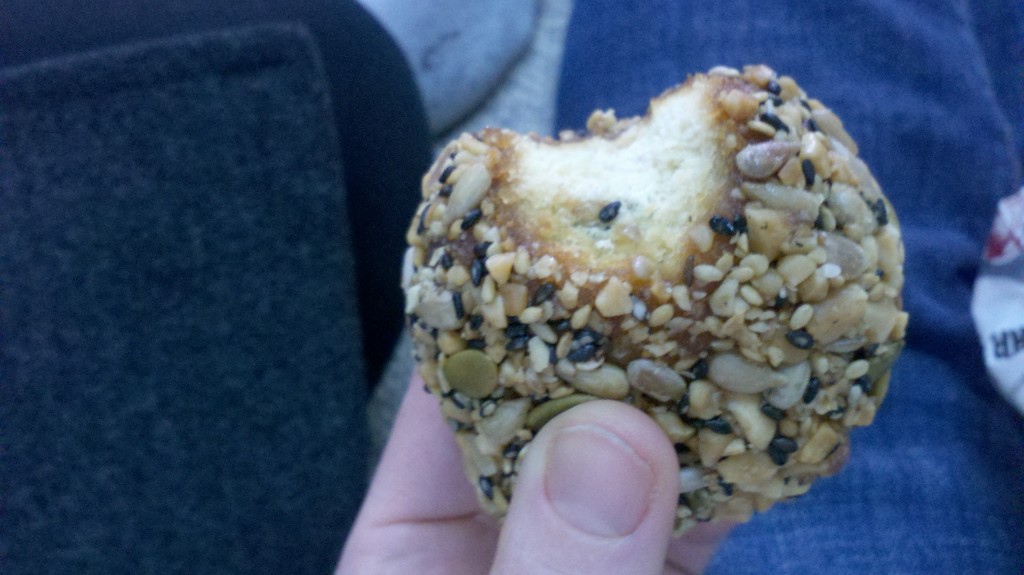 As I opened the package and held the little ball in my hand, it felt heavier than it looked. To my surprise as I bit into it there was cake and a sweet red bean paste inside! I was in instant heaven. The sesame and sunflower seeds were in a sugary paste that held them to the cake ball. As I bit into it, some of the seeds came off but not many. As I savored every bit other Americans on my tour bus wanted to know what I was eating. I showed it to them, and they were like, “Wow! That is that good and only 1,000 KRW?!!” 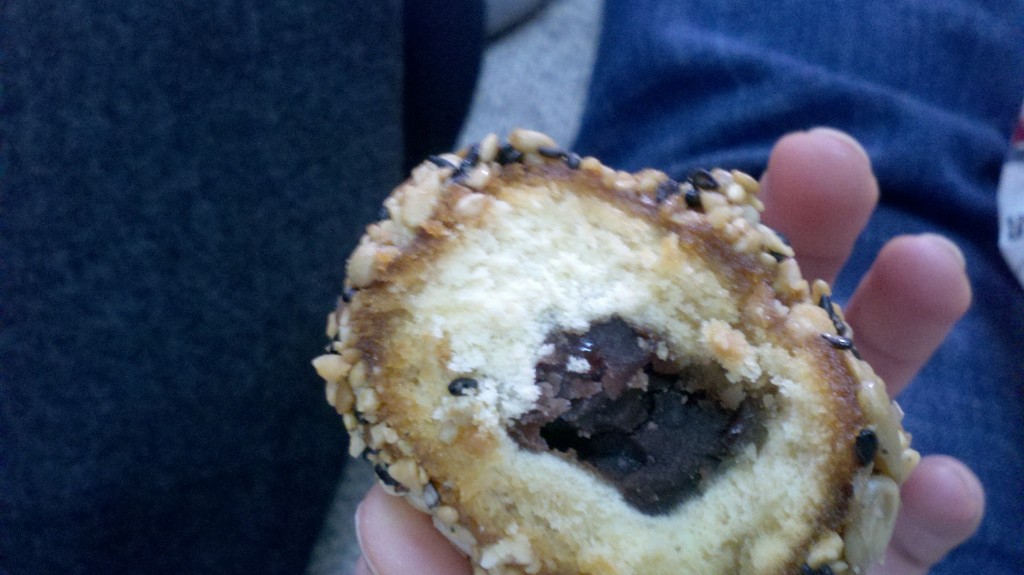 Before I knew it, several of my tour mates were off the bus and buying them for themselves. I actually went back and bought a few more. My vegetarian friends were so grateful for snack that was meat free!!

As we trekked around Jeju-do, we found the same balls in baskets at every tourist shop for the same price. We started buying more and more of them because they were so transportable and filling. At the end of our trip we were at the Ferry Terminal and began to wish we had more of them to eat. Lo and behold, we saw some at a tourist shop!

My vegetarian friend Dakota bought them out. I already had six stowed away, which I am now carefully saving to enjoy at spaced intervals.

I am so glad I took a chance and bought this little ball of deliciousness. I only wish I could buy them everyday-FRESH! (They do have a two week shelf life according to the package.)