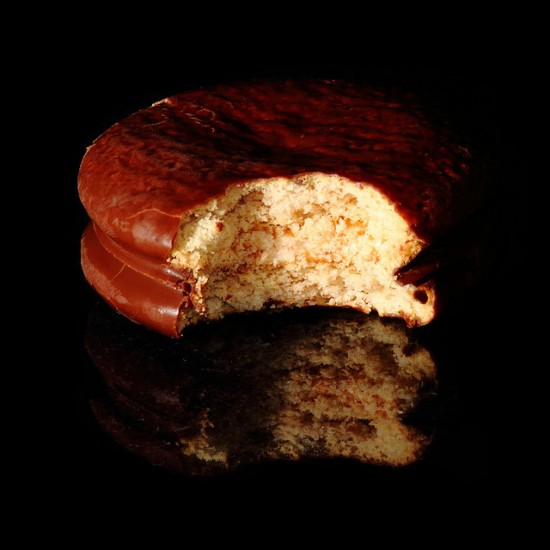 Everyone’s crazy about Choco Pies in Korea. Even North Koreans are. There is a lot of pride taken in this confectionery. It’s assumed in Korea that the Orion company invented this type of treat. That’s why articles like this irk me.

Choco Pie has been a legendary snack for nearly 40 years since Orion created it in 1974.

The two small, round chocolate-covered layers of cake packed with marshmallow filling melted the hearts of people around the world including North Koreans after they spread in the isolated country through the inter-Korean industrial park in Gaeseong.

Just four years after its launch, Orion Choco Pie met a copycat rival at home. Lotte Confectionery introduced the same snack with the same name in 1978.

Orion filed for a patent trial when Lotte registered the identically pronounced trademark using one different Korean vowel for the copycat product in 1979.

The thing is, the Orion Choco Pie is itself a copycat of the Chattanooga Bakery Moonpie. 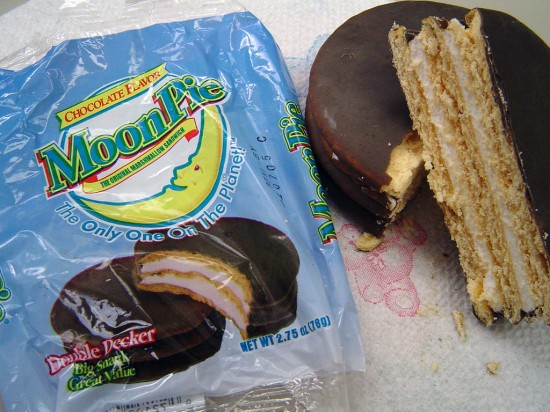 The MoonPie was invented during the Great Depression, taking advantage of another newly invented product, marshmallow fluff. They sandwiched the marshmallow between two Graham crackers. They later started covering it in chocolate. It became a hit in Chattanooga and spread around the southeast. 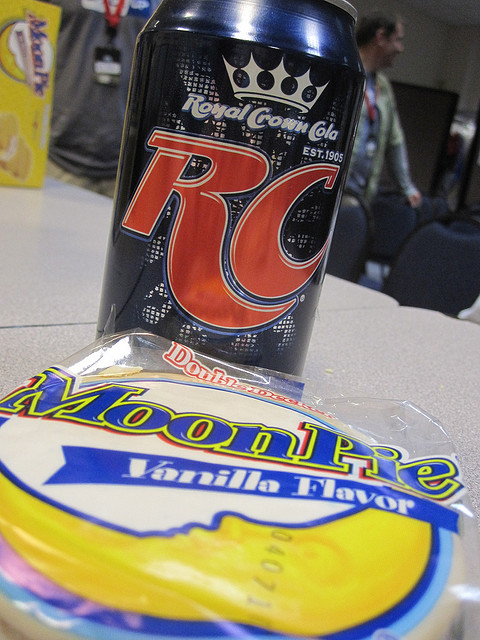 A tradition started of having a cheap energy-packed lunch of a MoonPie and an RC Cola, another southern product. In Mobile, Alabama, and later New Orleans, MoonPies became coveted throws during Mardi Gras Parades. In fact, in Mobile, they drop a giant lit MoonPie to celebrate the New Year.

The idea that the Choco Pie spontaneously appeared in Korea through the creativity of Orion executives is a big head scratcher. One obvious point is that marshmallows practically don’t exist in Korea. I’d never seen a pack of marshmallows until a couple years ago. They’re considered exotic and foreign. So if marshmallows were non-existent in the 1970s, how did anyone get the idea to make a marshmallow treat at Tongyang Confectionery, which later became Orion Confectionery? 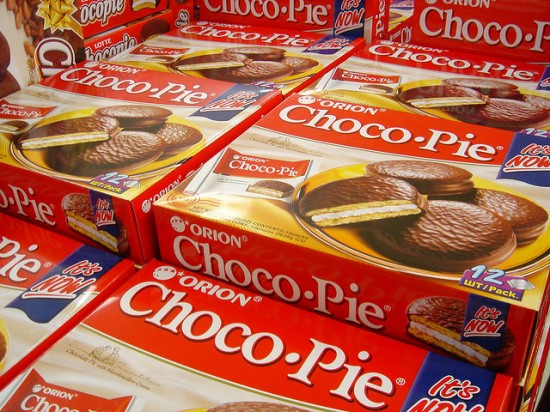 I’ll step aside and let Wikipedia take the floor.

Orion Confectionery started to sell a similar product known as “Orion Choco Pie” in 1974. In 1973, a member of the Tongyang’s R&D team had visited a hotel in Georgia, US, and was inspired after seeing chocolate-covered sweets in the hotel’s cafe. He returned to South Korea and began experimenting with a chocolate biscuit cake. After experimentation with marshmallows and biscuits, the Choco Pie was created

Georgia is well within MoonPie territory. It’s not hard to connect the dots and see that this R&D guy had himself a MoonPie and went back to Korea to reverse engineer it.

That said, there are some slight differences. The MoonPie is a bit larger, and its Graham cracker outer layer is more firm. It also comes in different flavors, like vanilla and banana (my favorite). They even have double decker sizes. My wife tried a MoonPie while we were visiting America last year. She didn’t like it as much as Choco Pies. A part of me died then, but I recovered.

There’s little wrong with taking ideas and copying something like the MoonPie. But don’t have the arrogance to claim other people are copying you when you were copying the original in the first place.