How to Make Cheese! 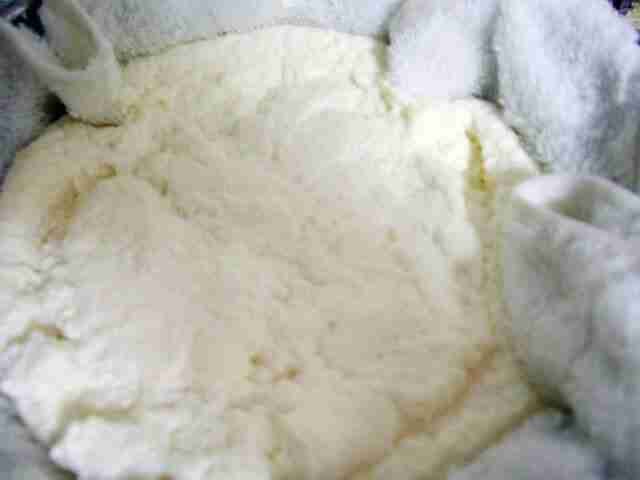 Yes, I may be starting an ominous trend in bathtub cheesemaking by foreigners — that is, if foreigners actually had apartments with bathtubs.

I saw on Epicurious a little recipe for homemade ricotta cheese. Now, I know that cheese is quickly becoming more popular in South Korea. I’m finding more and more varieties, and some of it is not too expensive. Yet ricotta is still hard to find unless you cheat and go to Costco. And even if you do find it, it’s too expensive compared to what I’m about to show you.

And you know what, this is un-freakin-believably easy!

Here are the ingredients. 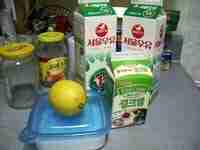 The hardest part of making this is finding a vessel and filter to strain it through. But I’ll touch on that later.

HOW TO MAKE IT 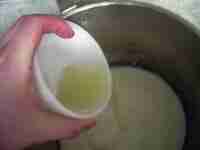 Slowly heat the milk and cream to close to boiling. When it starts becoming agitated, add the lemon juice and turn off the heat.

NOTE: In the picture, I’m doing something I found out I was not supposed to do. DO NOT use an aluminum pot. In the next picture, I’m using stainless steel, which although not wholly endorsed by home cheesemakers, is better than aluminum. 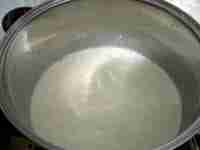 So, as if by magic, the acid in the lemon juice curdles the proteins in the milk/cream mixture. Now comes the most difficult part — straining.

I have since found cheesecloth in the baking supplies section of E-Mart, but at the time, finding a fine mesh filter was difficult. I tried coffee filters. 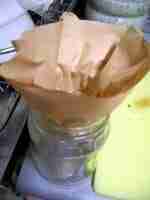 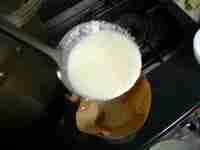 But it was tedious getting all that into those little filters. I also tried lining a collander with the filters. 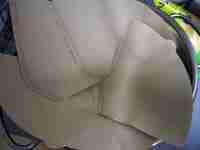 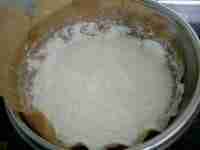 That actually worked pretty well, but it quickly saturated the paper filters, and it used a LOT of them.

I also tried a surgical mask, which you see all over Korea on high air pollution days. They’re cheap and plentiful, and they’re great filters. And they do work. I don’t have a picture, though.

Other than cheesecloth, the most effective filter I experimented with was a very, very clean hand towel. I laid it over a collander, which was placed over a large bowl. 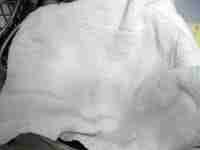 That’s how I ended up with the nice thick cheese that’s pictured at the top. 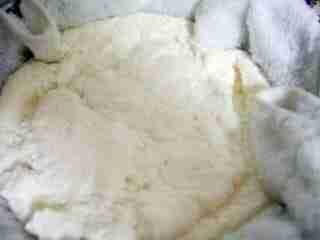 Now, technically, this is not real ricotta. Real ricotta is made from whey after making other cheeses. But it’s a great mock up. It’s smooth, creamy, and has a slight lemony zing. I and anyone else who has tried it also has not gotten sick. If you’re a clean person, and you just keep everything clean and sanitized within the bounds of common sense, the cheese is safe.

What to do with the cheese? Spread it on bagels. Make a cheesecake. Or, as I will show you later, make cheese blintzes.