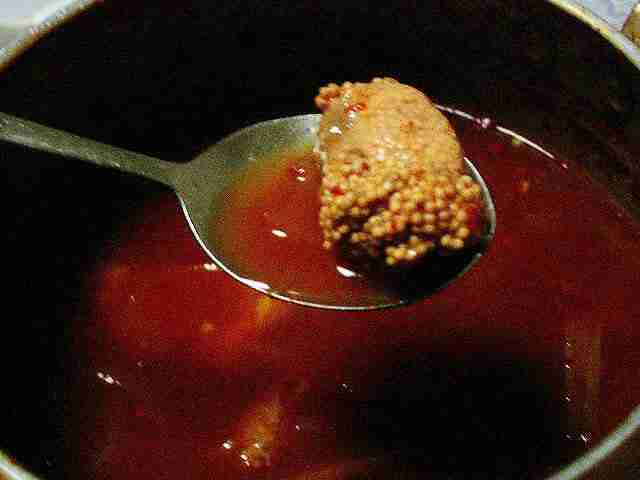 One of my first favorites in Korea was Al Tang ì•Œíƒ•, fish roe soup. It’s usually served in hofs as a drinking food. Like many Korean soups, it’s spicy, red, and sour. It’s an acquired taste that I’m glad to have acquired.

I mean, think about it–Caviar Soup!

Most people know what fish roe tastes like raw or preserved. The briny ocean flavor engulfing the tongue as the little bubbles pop in the mouth. When cooked in a soup, they change into fluffy pillows with a delicate taste and texture.

Here are my beauties. 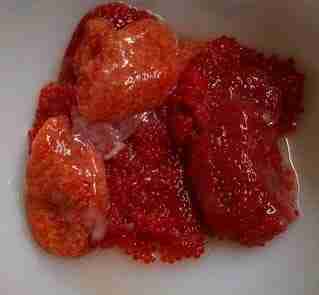 Eun Jeong didn’t know how to make it, but I’ve paid attention to how things are made in the restaurants I’ve gone to. So this is my attempt to mimic the flavor based on my basic knowledge of Korean soup techniques. I think I came pretty close. 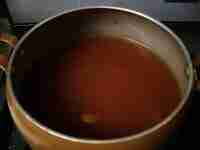 I started with a basic dashi stock with a heaping spoonful of gochujang ê³ ì¶”ìž¥ (Korean red pepper paste). 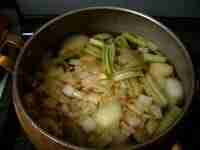 I added some chopped white onion, leek, and garlic–whatever I had in the house that would work. I also threw in some kimchi juice from the kimchi container. 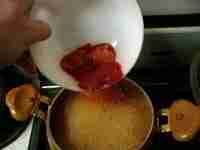 When it boiled, I dumped in the monkfish roe. 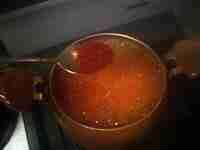 I also added some gochugaru ê³ ì¶”ê°€ë£¨ (Korean chili powder). After letting it boil some more, it was ready. 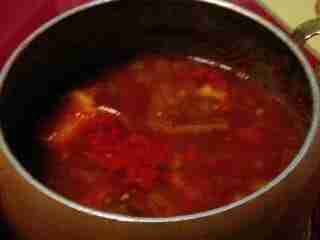 In the hofs, it comes to the table boiling. The taste was pretty close to what I’ve been served before. A dash of soju could possibly work too.