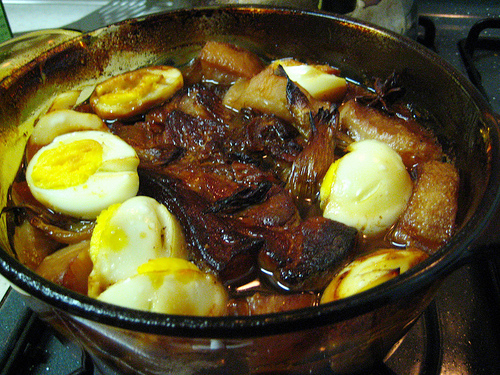 I have been dreaming of this since I tried it last month at Smith (Songsaeng), a hipster Japanese izakaya in Sinsa-dong.  You can read about the izakaya in the latest issue of 10 Magazine. I love cooking things low and slow on weekends.

This past Friday was part of the Chuseok holiday, the Harvest Moon Festival (see, Brian, not all of us call it Korean Thanksgiving).  EJ and I went to Anyang’s central open market for a little shopping.  She wanted to get some squid.  I wanted to find something to cook–low and slow.  Originally, I had my eye on a duck.  But wandering to a meat case, I saw a gorgeous slab of pork belly with skin on. 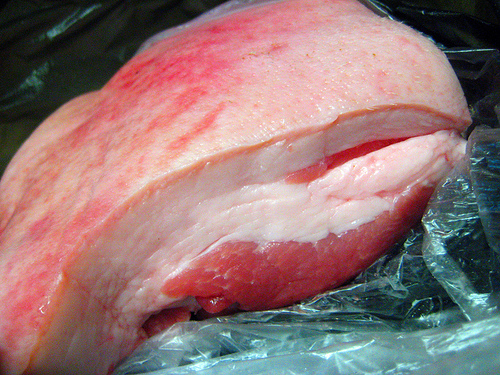 I got 600 grams of it–not sliced.  EJ said she had never seen anyone buy whole pork belly before.  I was thinking of doing something Chinese or Korean–like braise it with kimchi a la Chef Kim’s 1,000,000 won Samgyeopsal.  But then I remembered the glorious pork at Smith (Songsaeng).

The dish is buta no kakuni in Japanese.  I looked at a few recipes, and they each confirmed my instincts on what to do.  I modified it a bit to use the Korean ingredients I had on hand. 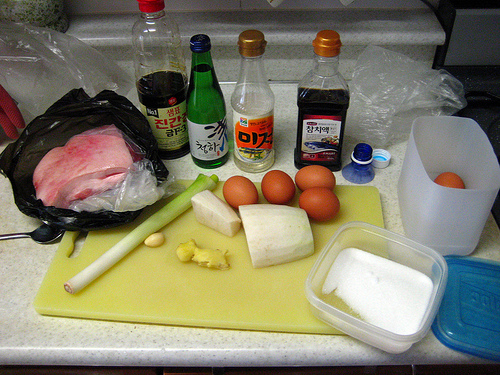 Here are the ingredients: 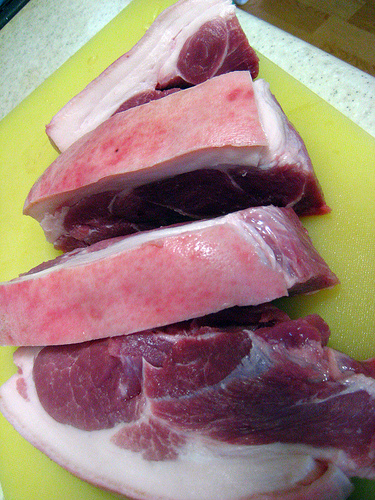 1. That was a huge slab of pork belly, so I sliced it into four after rinsing it thoroughly.  I then seared it in a hot wok with no oil, rendering a good amount of fat.  Then I removed the pork, leaving the fat in there. 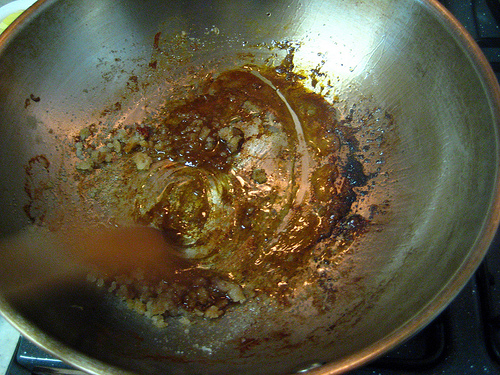 2. On medium heat, I added the sugar and carefully let it caremalize without burning.  When it was getting a little dark, I returned the pork to the pan and coated it.  I then added the ginger and garlic.  In hindsight, I should have added them before the sugar.

3. I added all the liquids and star anise and let it come to a boil.  Tasted and adjusted.  I didn’t want it too sweet, and I was sparing with the soy sauce because it’s easy to oversalt and overpower a dish with it. 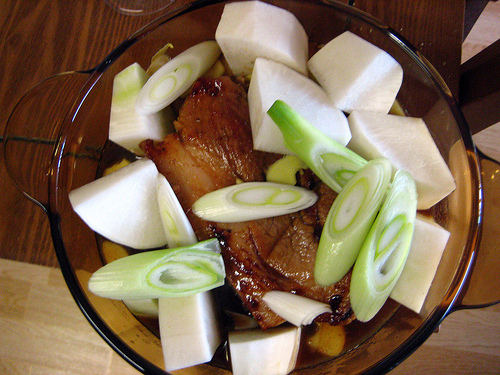 4. I transferred everything to a non-stick casserole dish, stuffed in the radish and leek, covered, and put it in a 180-200° C oven.  I let it cook for three and a half hours.

5. I added the hard-boiled eggs, covered and let cook for another thirty minutes.  In hindsight, I should have cooked them shorter, as they got a little leathery.  Or even better, used quail eggs. 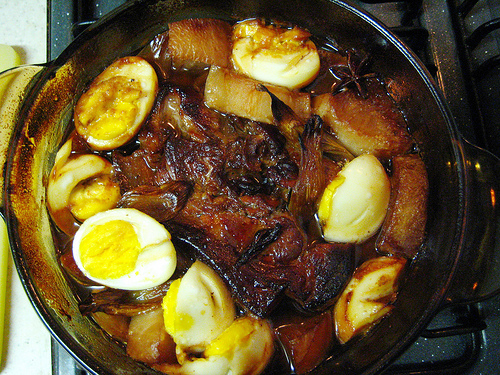 6. I removed it from the oven and let it rest, skimming the clear fat that had risen to the top.  If you have time, chill it in the fridge, let the fat harden and remove it much more easily.  Then heat back up. 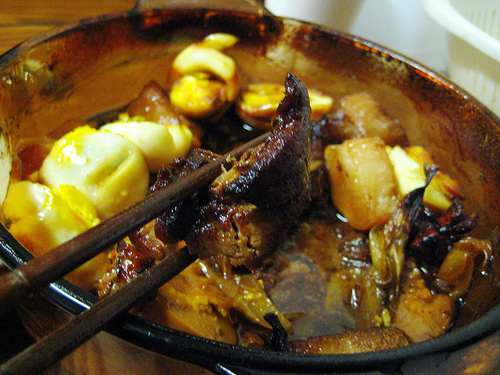 The meat was so soft that a chopstick could swipe right through it.  It’s considered a drinking food in Japan.  EJ and I just ate it with rice and some pickled onions she had made.  EJ is not a fatty protein type of person, but she went ga-ga over it.  I made a lot so I could freeze it for later.

Yet it’s almost all gone.