Paris Baguette and the Soft Bigotry of Exoticism

You may have heard the news. Korean bakery Paris Baguette has opened in Paris. This was quite the ballsy move. Immediately those who know Paris Baguette inside its home territory predicted its inevitable doom. Yet I’m going to go against the odds and predict that it may actually succeed.

Even though it has greatly improved over the years, Paris Baguette has historically been one of the largest aggressors of food crimes in Korea. It would take on a western food and, rather than improve upon it, would screw it up in the name of “local taste” and serve it stale, wrapped in plastic like a cheap snack cake in a convenience store. Think of a delicate flaky pastry, light and airy with just the right amount of moistness. Then imagine that doused in cheap ketchup. In regards to sandwiches, PB lives by the 80% rule: get it 80% right then fuck it up. Bacon, Lettuce, Tomato, and… Tartar Sauce. Ham, Cheese, Lettuce, and… Sweet Pickles. Croque-monsieur with ham, cheese, and… loaded with mayonnaise and raw onions. “Pizza Bread” topped with ketchup and mayonnaise. Garlic Bread sprinkled with sugar. These are the concoctions that a five-year-old would come up with if let loose in a kitchen. 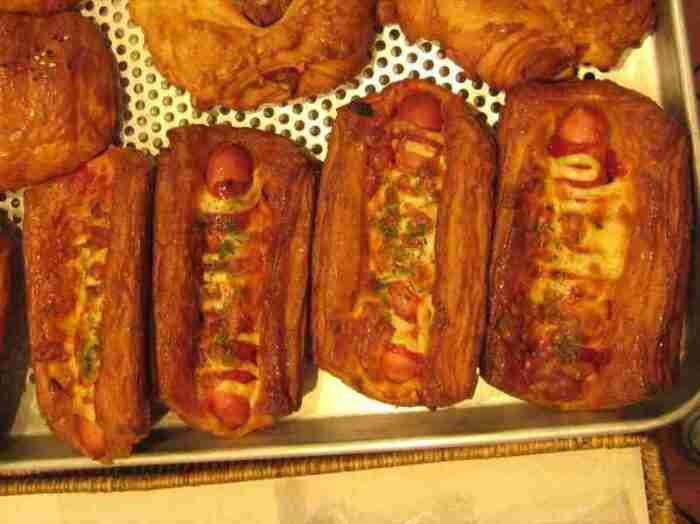 Admittedly, PB has improved a great bit. I love their garlic baguettes, the kind without the sugar. Their wasabi and fake crab sandwiches are quite yummy. Yet I’m being easy on them like you would with a special needs student.

Paris Baguette has already expanded overseas, and people had also predicted their demise. Yet they have done better than expected. Which makes many scratch their heads. Then I read the Yelp comments. People in California and New York don’t like Paris Baguette because of its quality. They like it because it’s exotic. It’s Asian. It’s oriental. A green tea chiffon cake evokes images of pandas flying through bamboo forests and wise Mr. Miyagis giving sage ancient one-liners.

It’s this exotic orientalism that drives some westerners to believe in the mysticism of traditional oriental medicine, which is just the eastern equivalent of bleeding people with leeches. It’s this orientalism that drives adults to become devotees of the ancient art of Taekwondo, which was invented in the 20th century. It’s this orientalism that gives some Asian chefs a free ride to celebrity over other talented non-white  peers (I stress the word “some,” and those in the industry know who I’m talking about–and try to name an African-American or Mexican celebrity chef in under three seconds). There’s a whole category of porn devoted to Asian women. It’s white people who want Asians to fit this mold of being exotic ideals of ancient mysteries that drive this. And it’s an uncomfortable subject. I’m guilty of it myself. How many times have you heard westerners complain that Seoul reminds them too much of America? Underneath that complaint is this lightly bigoted expectation to have an Asian country act…

In reality, Asians are just like everyone else. Asian cultures are just as awesome and fucked up as other cultures. And I HATE using the word “Asians.” Lumping all these diverse nations under that umbrella term is, ICK, so American (see what I did there). People see a croissant with ketchup on it at an American bakery and get grossed out. They see it at an exotic Asian bakery, and it’s a novelty. Where is the person who says that shitty Paris Baguette pastries are shitty because they’re shitty?

That’s also the soft bigotry SPC (Paris Baguette’s parent company) has towards Koreans themselves, as have Korean beer makers and pizza corporations. They make cheap crappy products because they say that’s what their market wants. In other words, they’re saying that Korean consumers are no more discerning than Honey Boo-Boo’s trailer park neighbors. Koreans like ketchup pastries, but PB would not dare serve that to the more sophisticated French. Expats, including me, had gotten into the habit of dissing Korean tastes. When in reality, Koreans love great food as well. In 2011, Koreans had more access to foreign beers and loved them, demanding that domestic beer makers create better products. Bold pizza parlors opened that served traditional Italian and New York style pizzas that weren’t covered in mayonnaise and candied gimmicks. Koreans lined up outside the doors to those places. Right now sandwiches are getting popular with the Korean public–with no sweet pickles, honey mustard, or strawberries. The only reason they ate those nasty foods before was that was all they had access to.

I’m an optimist. The food scene in Seoul is booming because Korean diners have great tastes and are demanding better foods the more they are exposed to them. I’m not worried in that department. I do worry when Americans, and maybe even Europeans, give Paris Baguette’s ketchup pastries a pass because they’re exotically oriental.