This is the first of our Chicken, Chicken, Chicken series of chicken joints in Korea. We’re starting with the grandaddy of chicken hofs, Two-Two, sometimes called by its Korean transliteration, Dul-Dul 둘둘치킨. For me, this was my introduction to Korean fried chicken in 2004, and it is still the standard that I compare all the rest to.

Started in 1978 as Gela Chicken in Myeong-dong, Two-Two (name changed in 1990) was the dominant force in chicken. They were everywhere. They’re still holding up strongly, though public tastes are moving more towards the American styles of BBQ and BHC. Supposedly they’ve had plans to expand extra-territorially since 2007 to the U.S., Japan, Russia, Vietnam, Myanmar, Australia and China. Please comment if you’ve seen it in any of those places. 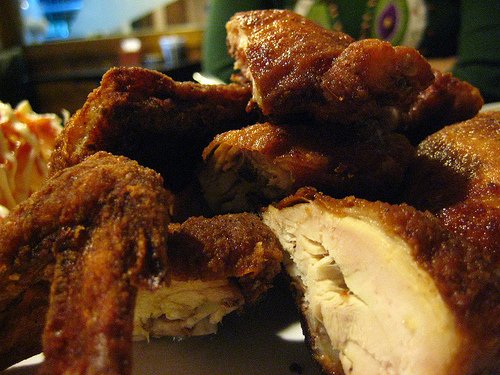 Slogan as of this writing

The hof style is a paper thin crust after twice frying, seasoned in what smells a little like Chinese five spice. Two-Two pre-fries half birds and holds them in their window in front of the fryer. They refry to order and hack into bite-sized pieces. 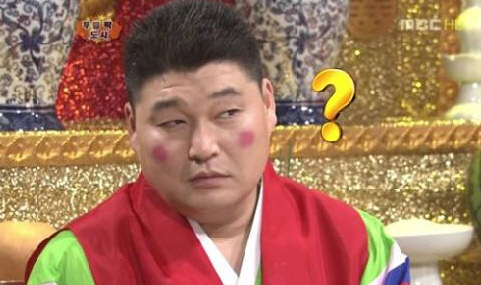 What it says: “We have a chicken for ajosshies, and we’re not ashamed of it. We’re established, so we go the most established gag man currently on TV.”

The regular fried chicken is surprisingly juicy, especially in the dark meat arena. Two-Two’s strength is their plain fried chicken with optional sauce for dipping. It’s perfect beer chicken. The crust is delicate, almost non-existent. Little grease drips from the bird, making it easier to eat a lot.

Sweet, garlicky and smooth. No chunks. It’s a little too sweet. It’s best to have the sauce on the side and dip it, as having it smothered in it beforehand kills the butterfly delicate crispness of the skin. 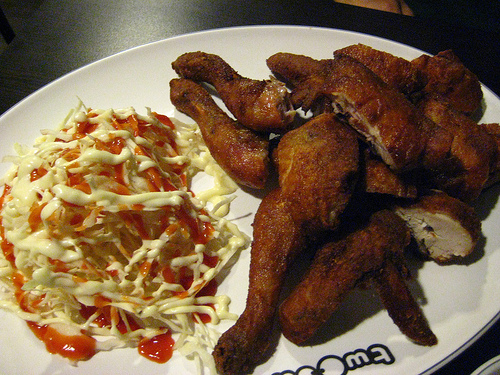 Pickled radish and cabbage with ketchup and mayonnaise. Not necessarily goodies, but that’s what comes with it. Also a packet of sesame salt. Nothing outstanding there.

Two-Two is trying to diversify with new offerings like teriyaki. But their strength is their original fried chicken. It usually comes with the yangnyum sauce on the side, so you can get a bit of both worlds. It holds well for take out and delivery, so if you’re not in the mood for the Cass on tap in the restaurant, you can get some better beers to drink with it at home. It’s also one of those chickens that’s good after some chill time in the fridge.