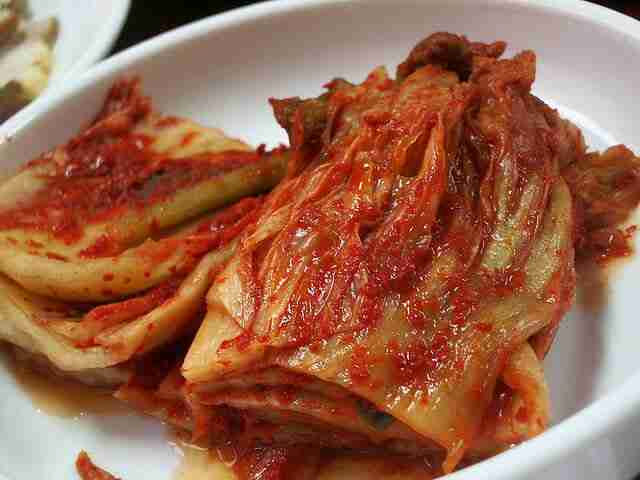 The Food Journal is over a year old now. It’s about time I start talking about kimchi. I’ve learned a good bit during my few years in Korea, and it helps that I eat it almost every day. I ask a lot of questions, and I research when possible.

Since I’m a history buff, especially when it comes to food history, let’s talk about kimchi’s, um, history.

The Beginning — Pure Survival
Korea is in northeast Asia. I know from personal experience that the winters are cold, cold, cold. The BBC says that Korea has some of the coldest weather in its latitude.

Korea is also mountainous with a few fertile plains. This makes food preservation during cold months a high priority. When early Koreans started an agricultural lifestyle, they ate salted vegetables to aid in the digestion of grains. The grains back then consisted of barley and millet. Rice was introduced much later.

This salting of vegetables turned into a preservation art. It was not only used to make pickles. Koreans started preserving soybeans, making them into a paste (doenjang) and into a sauce (ganjang, soy sauce). 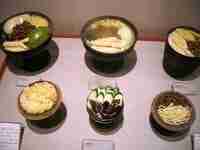 The Chinese history book Sanguozhi (Records of the Three Kingdoms), written in the 3rd century C.E., says the following, “The people of Koguryeo are very good at making fermented foods such as wine, soybean paste, and chotkal (salted and fermented fish).” 1

The early kimchis were a lot different than they are now. There was no red pepper (as no one had gone to the Americas to retrieve it), and cabbage was not used often. Early kimchis were mainly radishes dipped in paste or salted in brine. 2 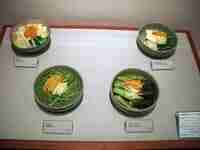 During this period, more vegetables were being brought in, including pine mushrooms, large radishes, and the famous Chinese cabbage.

The first known written record about kimchi itself was in the middle of the Koryeo Dynasty. Poet Lee Kyu-bo wrote the following:

Preserved in soybean paste, kimchi tastes good in the summer. Whereas kimchi pickled in brine is served as a good side dish during the winter. When the root of the Chinese cabbage grows larger in the ground, it tastes like a pear, especially after the first frost in the autumn harvest season.

The types of vegetables used in kimchi diversified during the Koryeo Dynasty. Cucumbers, wild leeks, Indian mustard leaf, and bamboo shoots found their way into kimchi pots. The “juicy” style of kimchis also came into being.

This is also the time that garlic and spices were introduced. 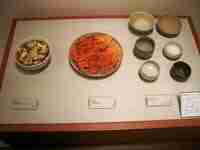 Kimchi diversified more during Korea’s longest and most stable dynasty. Salt was no longer the sole preservative. Kimchis were also being preserved in soy sauce.

It was around this time that chile peppers were introduced into kimchi.

Japan’s Toyotomi Hideyoshi attempted a few failed invasions of Korea from 1592-1598. It is at this time, I believe, that both Japan and Korea went through major culinary changes.

Korea, at the time, was closed off to the world except China. It had little to do with Japan and absolutely nothing to do with European traders. Yet Japan had been doing trade with the Portuguese. The Portuguese introduced foods from the Americas, including potatoes, sweet potatoes, corn, and chile peppers.

The Japanese didn’t take too well to the chile peppers, but they did like the sweet potatoes. Some special varieties of sweet potato are sold as souvenirs in Japan today.

Despite the horrors of the Hideyoshi invasions, including Hideyoshi bringing home his own souvenirs of 38,000 Korean ears (and I don’t mean corn), some major cultural exchanges took place.

Korea was introduced to New World ingredients such as sweet potatoes 3 and chile peppers. 4 Even though it is still debated that the Hideyoshi invasions themselves introduced chile peppers or that they were brought in from China, red chile peppers were heavily used within a hundred years of the invasions. This totally changed the fermentation methods and appearance of kimchi.

Clever kimchi makers were adding animal proteins to their kimchis. Pheasant was mentioned in a book in 1670. In 1803, the Gyuhab Cheongseo, an encyclopedia for women, recommended using fermented fish in kimchi.

Tongbaechu Kimchi, the whole cabbage kimchi everyone is familiar with, was first invented after 1800 C.E. It became the most popular style of kimchi, replacing the radish, cucumber, and eggplant. 5 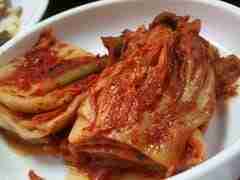