Our tour business came from a point of frustration.

I’d gotten into Korean history at university in the 1990s. When I moved to Korea in 2004, I was disappointed at how sterilized the historic sites were. They rarely told stories. They’d give accurate yet useless information–a building’s dimensions, how many columns it has, what its district used to be called.

The guided tours I went on infantalized foreign guests. They were full of propaganda. The food they offered was dull. Like I said, they treated foreigners as if they were children who couldn’t handle the real Korea.

I started Korea’s first food blog to share the amazing foods I was having and learning to cook. Soon after, I was interviewed in The New York Times about Korean fried chicken, and it all launched from there. Our team has been the consultants, fixers, and on-camera guests on TV shows such as “Parts Unknown with Anthony Bourdain”, “Bizarre Food with Andrew Zimmern”, and “John Torode’s Korean Food Tour.” 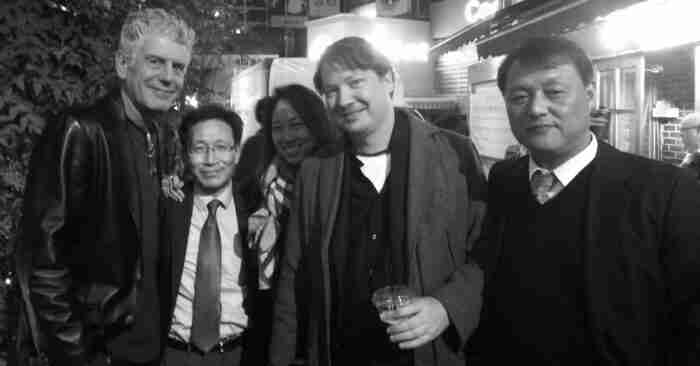 We still consult for the media industry, but we want to use our superpowers for YOU.

In 2010, we officially launched our tour business. But these aren’t tours. They’re experiences. Our food tours don’t take you down streets full of tourists, sampling the same old same old. We want you to feel like you’re part of the culture. Our food experiences are more like hanging out with old friends in a hidden Seoul haunt. Our hiking treks aren’t just humping it over a hill. Our guide fills the stroll with tales of folklore.

We are excited to launch our exclusive unique Black Label private and corporate experiences and our Excursions, where  we pile into a (nice clean) van and go on a road trip. These aren’t the usual trips to Korean tourist traps like Nami Island, Petit France, and Nike outlets. I mean, why would anyone travel halfway around the world for a fake French village? Our road trips take you to forgotten hidden treasures that you won’t find even on the most influential Instagram influencers.