Winter’s here, and you know what that means?

At my local K-Mart (the small Korean grocery store, not the Rosie O’Donnel chain) I saw the 50% off ice cream sign over the two freezers almost overflowing with mysterious ice cream bars. I had seen flavors in there in the past that had made me do a double take. This could be my chance to try them. Besides, Eun Jeong had asked me to pick her up a red bean ice cream bar on my way home from work.

He comes out of the wrapper in a shell that I assume is intended to be crunchy. Yeah, right.

Yet Mr. Goguma’s makers went all out and tried to make him in the shape of a sweet potato. At least, I hope that’s what the shape is. 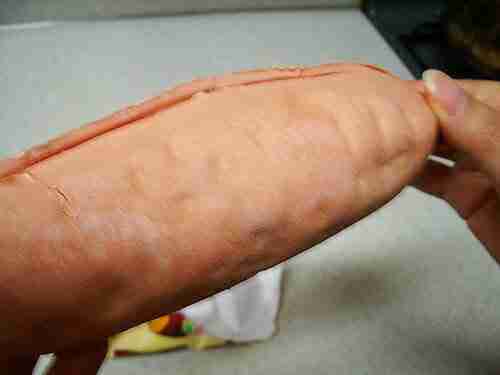 Eun Jeong broke him open so we could share. It looked like vanilla ice cream with a little chocolate coating. We both had a bite. 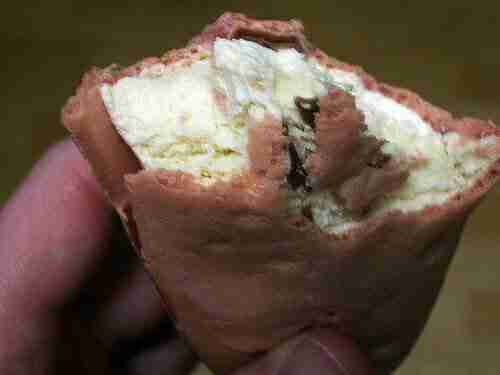 There were no chunks of sweet potato, but there was a definite hint of sweet potato flavor in there. And it wasn’t a bad flavor. On closer inspection (the second bite), the flavor was quite pleasant. It was like a roasted sweet potato or sweet potato mixed with toasted marshmallow.

Mr. Sweet Potato Ice Cream, you surprised me. Now, if Eun Jeong can put up with all the other weird ice cream I bought.