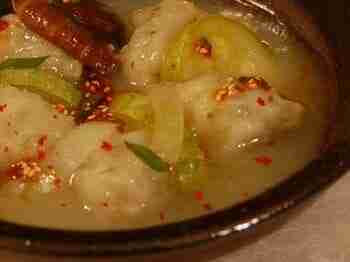 Sujebi is one of the most popular, simple dishes all year round in Korea, especially on rainy days and cold days.  I consider it a cousin of kalguksu (칼국수; knife-cut noodles), but its quick dough of white flour and water is torn with hands and dropped right into boiling broth.  Basic sujebi broth is made with dried anchovies and dried kelp, which are also basic pantry items in Korea.  Add sliced onion, potato and aehobak (애호박; similar to zucchini, but lighter in color and sweeter in taste), and you have a simple bowl of sujebi.  From this basic bowl of sujebi to popular variations of kimchi sujebi and haemul (해물; seafood) sujebi, you can easily create your own sujebi by playing with dough (chewy or soft?  Plumpy thick or wide-noodle thin?), ingredients or broth.

This potato (감자; gam ja) sujebi comes from my sister whose version has become the standard sujebi for us.  Potato sujebi usually calls for a small amount of grated potato, which extends the chewy-starchy texture, folded into the flour dough.  Sometimes you will even see gamja sujebi that has just lots of potato slices in the soup with your regular flour sujebi.  My sister’s potato sujebi is mostly grated potato with just enough flour to keep it together.  It’s a nice compromise between sujebi and gamja (감자) ong sim i (옹심이), soup with potato balls made only with potato starch which is a regional specialty of Gangwon Province, famous for its potatoes in addition to beautiful beaches and mountains.

If you consider the usual sujebi on the chewy-elastic side in the whole texture spectrum, this potato sujebi recipe will show you a softer side of sujebi, maybe even remind you of Italian gnocchi.  Garlic chive specks in sujebi is optional, but good for brightening up the dish from its mostly white-beige background.  The natural starch from potato will thicken the soup just about right, and makes it a bit heartier without any meat in the soup.  It’s still simple and easy to make with the same rustic warmth in a bowl. 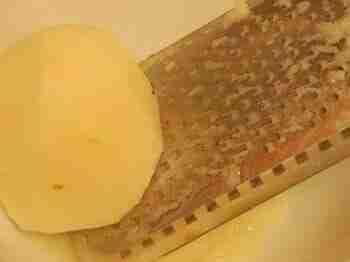 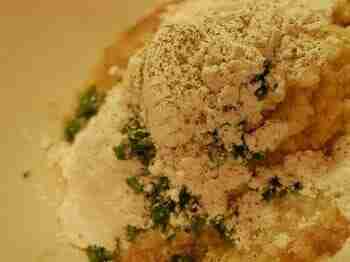 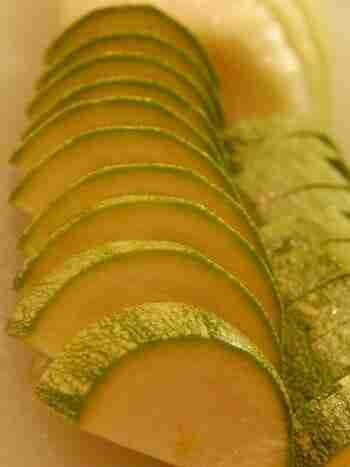 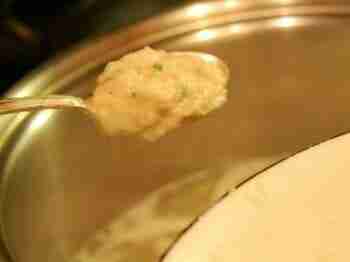 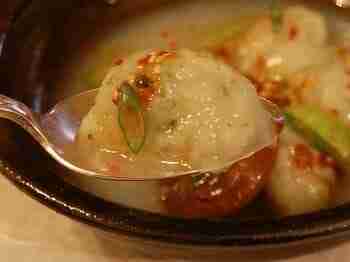 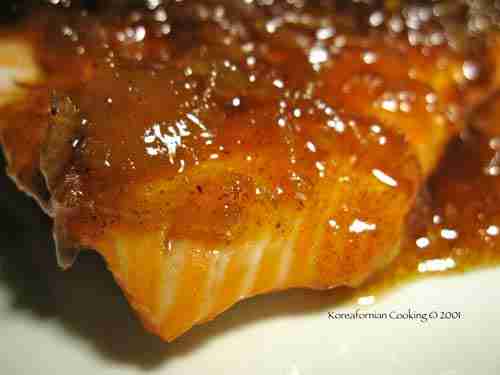 * Dried anchovies (ë©¸ì¹˜; myeol chi) that are about 2 inches are commonly used to flavor broth for soups and stews whereas tiny ones are toasted and mixed in soy sauce and honey for banchan (ë°˜ì°¬; side dish).