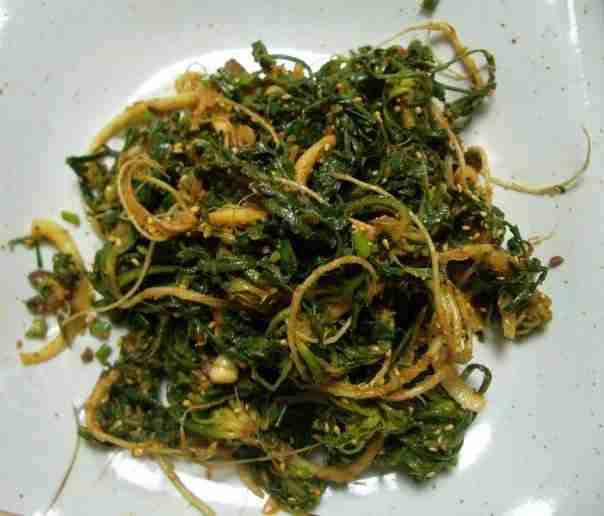 I’ve tasted a new flavor this winter. Eun Jeong was making dinner and asked me to go to the store to get some naengi 냉이. I’d never heard of it before nor noticed it at the store.

“It only comes in winter,” Eun Jeong said, “It’s on the fields after all the vegetables are gone.”

I went to the store, and there was a sign that said “Naengi” among other signs above masses of different greens. The sign was no help in indicating which one was which. I asked the vegetable lady, and she showed me.

I truly had never seen these before. 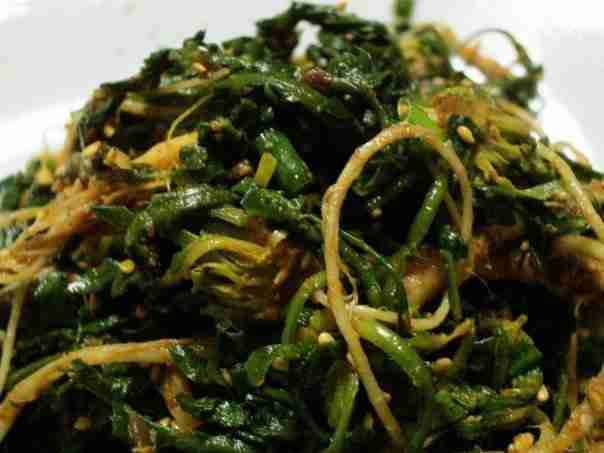 Eun Jeong washed them thoroughly and added them to some Doenjang Jjigae. They totally changed the flavor. How to describe it?

Imagine walking in the country and smelling the smoke coming out of a fireplace during a crisp winter morning. That’s what Naengi tastes like. It’s smoky and peppery. It tastes like winter. 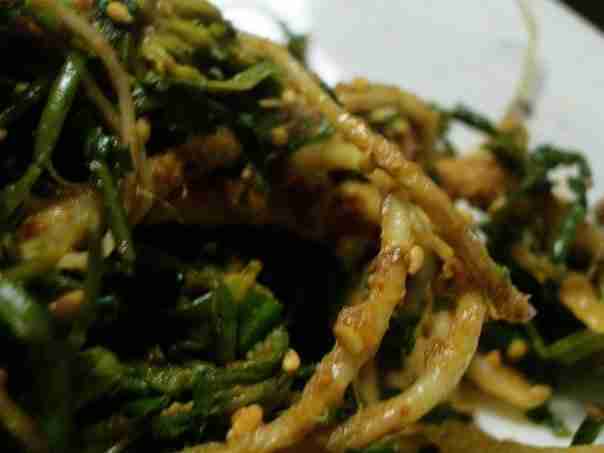 Researching Naengi on the web, in dictionaries, and in cookbooks, I’ve found that it belongs in the capsella family. It’s commonly translated as “Shepherd’s Purse.” Yet the Naengi we’re eating doesn’t quite look like the pictures on the Internet.

I’m no horticulturalist, but check out these pictures and help me out here. Here is a picture of Shepherd’s Purse from Down Garden Services. 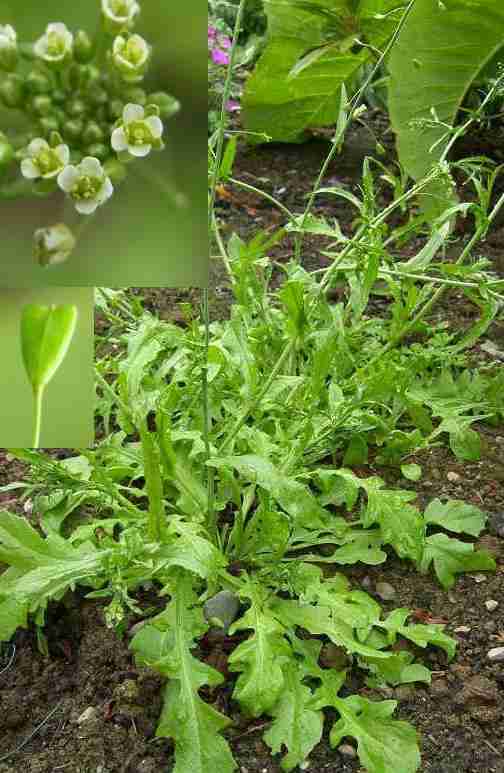 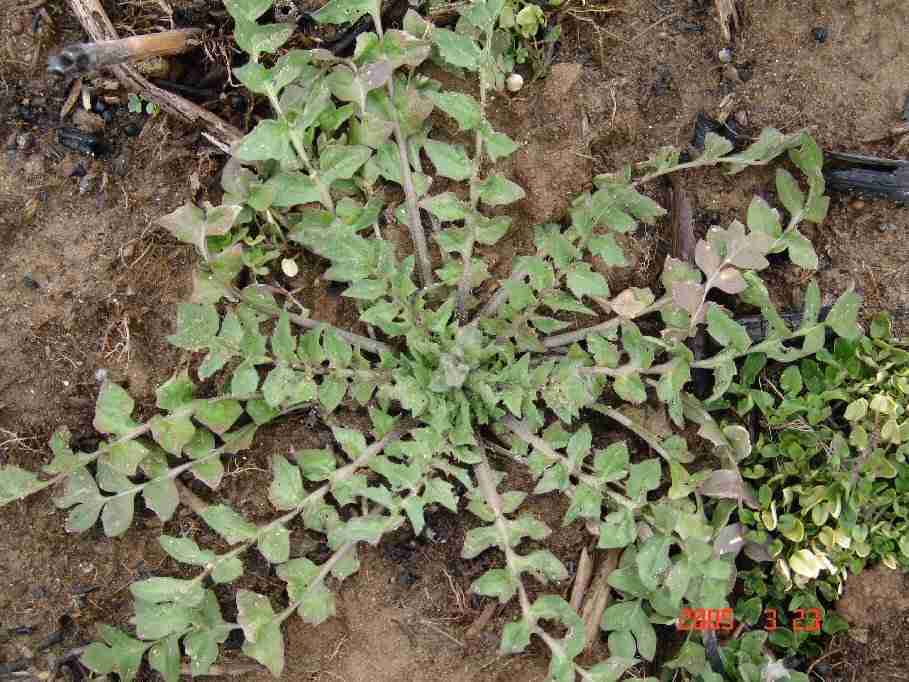 The bottom picture looks like the plant we have been eating. Notice between the two that they look similar but are distinctly different. My guess is that it is in the capsella genus but isn’t specifically capsella bursa-pastoris, which is Shepherd’s Purse. Either that or the leaves on the picture at the bottom look more like the picture at the top when it becomes older.

If this is so then, yes, I have seen this before. It’s all over the world in your average back yard. Take a look outside.

We Can All Rest Easy Now

4 thoughts on “Naengi – A Mysterious Herb”