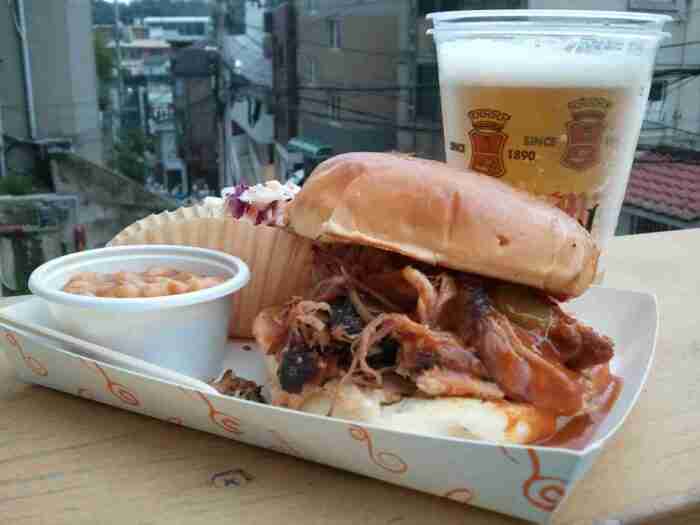 Back when Sarah Lee and I were putting ideas together for our first pop-up restaurant, our friend Linus gave me a call.

“Joe, it’s interesting y’all are doing a pop-up because I’m working on a secret project myself. I’m doing barbecue.”

Over some drinks a while back, Linus and I got to talking about ideas for future restaurants, and I mentioned that I wanted to eventually bring Alabama style barbecue to Korea. Or at least I wanted someone to. It looks like Linus already had that plan.

He held his first small pop-up in early summer. He was cooking ribs. I liked them. The smoke flavors were there. The sauce was almost there but not quite. Linus was really critical of himself, but we all had a great time.

Then late last month, he held another pop-up restaurant in east Itaewon trying out his pulled pork sandwiches and his improved sauce. I didn’t have a chance to go, but I heard it was crowded, and there was a line.

Yesterday, though, I made sure to make it over there for his third pop-up. There was an assembly line going, butter toasting buns, laying on sauce, portioning pulled pork–oh, the aroma! 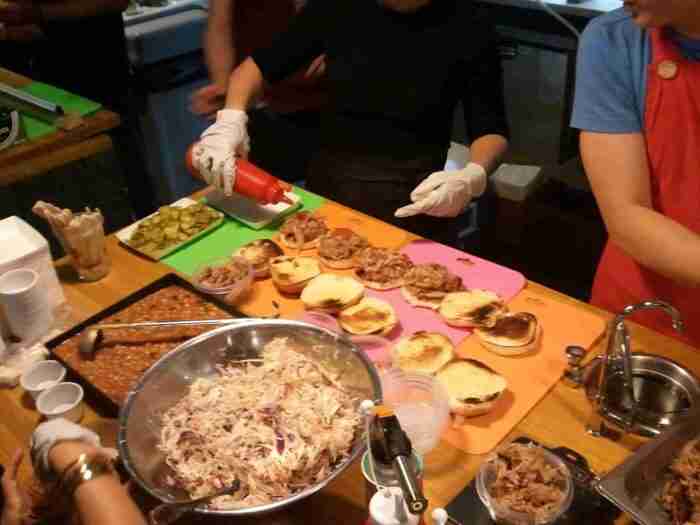 A plate with sandwich, beans, and slaw was W10,000. I bought two. Good thing napkins were free. One of my guidelines is the messier the food the better it tastes. 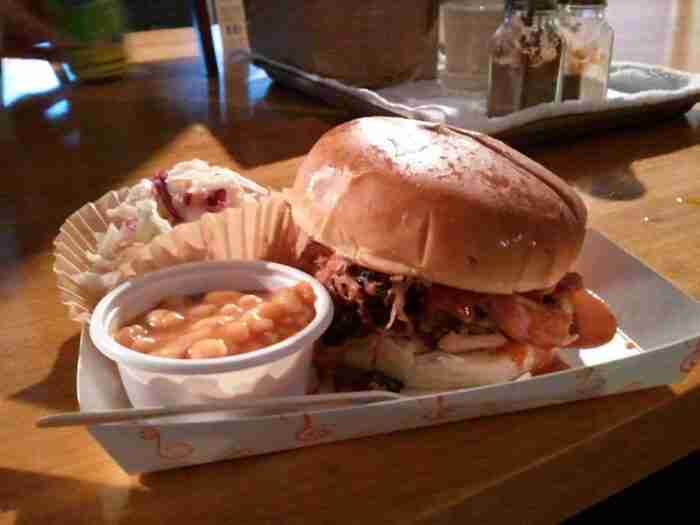 The pork itself was very much like North Alabama, specifically the Decatur style popularized by Big Bob Gibson. I spent my first thirteen years of life in Decatur, so I knew that. The sauce for pork in Decatur, if ever used, is just white vinegar and cayenne pepper. Linus instead used a thicker vinegar-tomato sauce that pretty much nailed the taste of the famous Dreamland Bar-B-Que in Tuscaloosa. 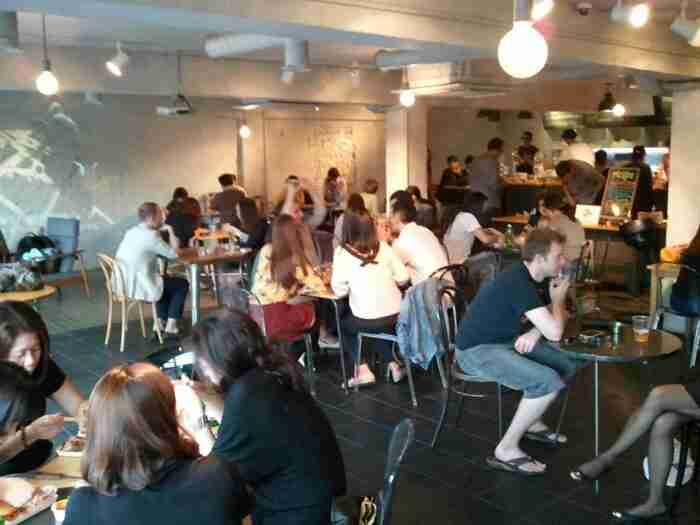 By the end of the evening, I’d eaten three whole sandwiches. Right before the “Sold Out” sign went up, I made sure to get one more for the road. 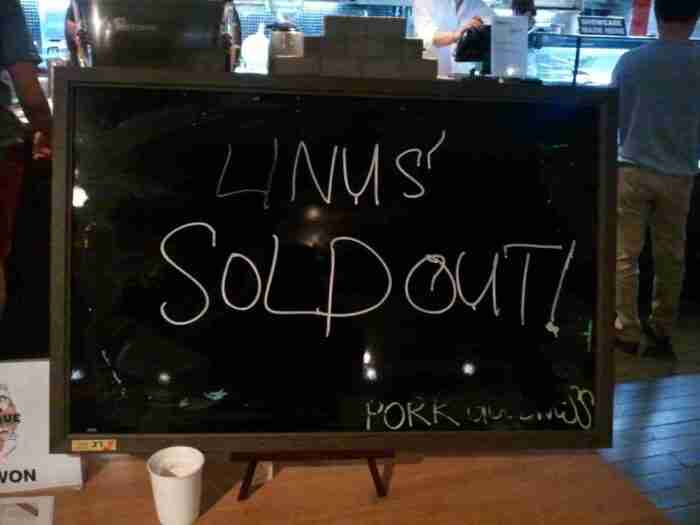 I had to get one more for my baby girl. 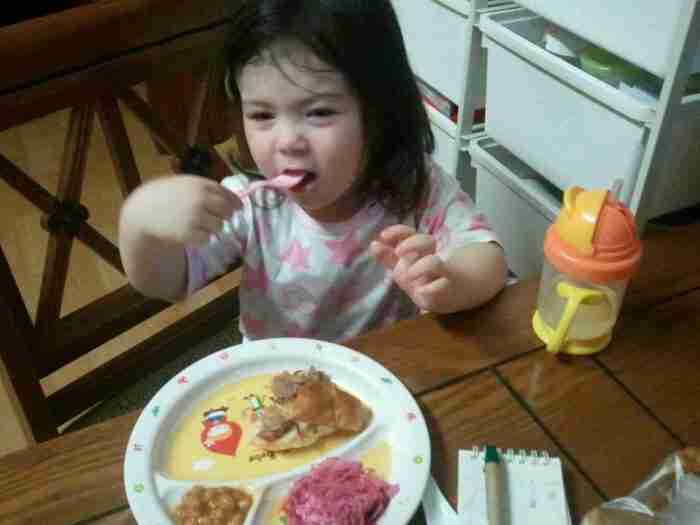 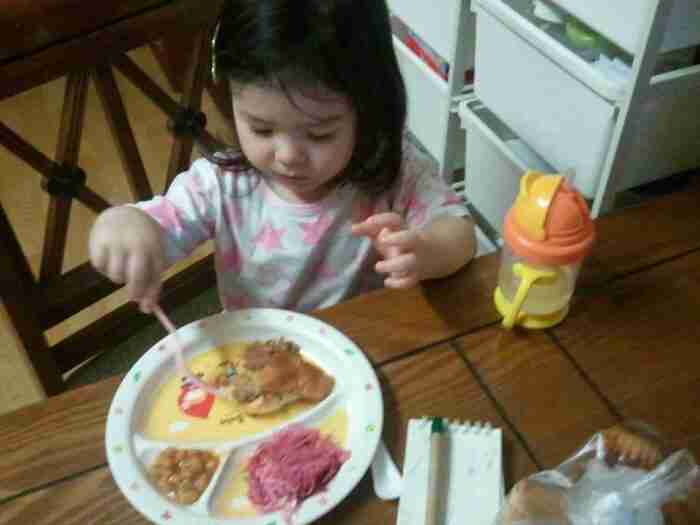 And she downed all the meat and beans on her plate!

If you want to try Linus’ BBQ, he is getting a lot of requests. This weekend, he’ll be at Platoon in Gangnam, along with the cocktail stylings of Southern Sons.