Jump to recipe
Korean carrot salad, pronounced Koreyscha Sabzili Salat in the Uzbek language, is ubiquitous throughout the former Soviet Union. The dish was invented by Korean immigrants to Russia’s Far East and the recipe would have stayed there if Stalin hadn’t forcibly deported the Soviet Koreans further west to the Central Asian republics of Uzbekistan and Kazakstan. Stalin’s fear that Japanese spies were infiltrating the USSR via these Korean immigrants spread Korean cuisine into the Soviet Union’s interior.

This is a recipe that begs to be made a day in advance so the ingredients have a chance to get to know each other better. 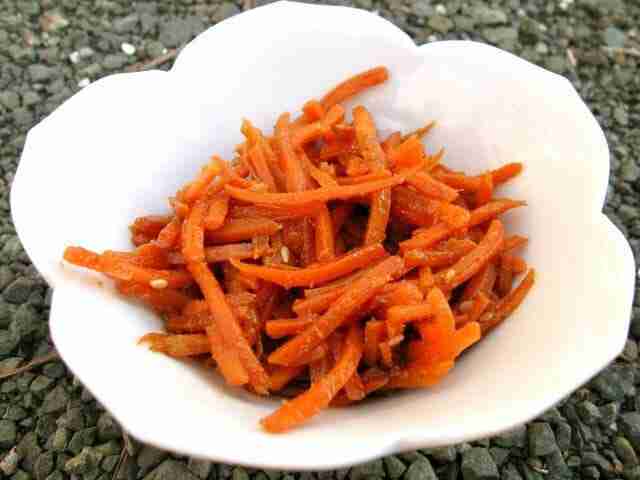