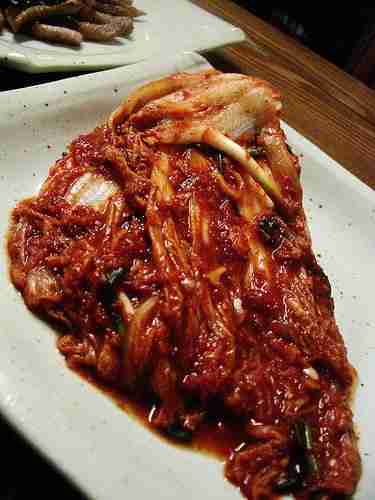 Can you believe that this was Eun Jeong’s first time making kimchi?

I’ve already made kimchi three times in the past couple of years.  Back when I made my Zen’s Signature Kimchi two years ago, she discouraged me from doing so because it was a lot of work.

So, I don’t know where she got this bug to make it this year.  And, no, we’re not expecting.  It’s now Kimjang, the kimchi making season.  We were supposed to do it together this weekend, but brining the cabbage took a lot longer than anticipated.  She ended up making it while I was at work on Monday.

Before leaving for work, I told her the flavors I liked in kimchi, ginger, jeotgal (that fishy stuff) and fruitiness (preferably from Korean pears).  She incorporated some of my requests and ended up with a damn fine kimchi.  She was so proud of herself and said it was so easy that I have a feeling that we won’t be shopping for E-Mart kimchi anymore.  Good idea in this economy. 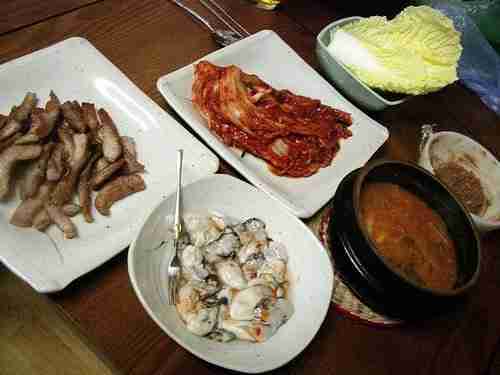 Monday evening, we had a little kimchi celebration feast with the foods that we each love during winter.  She made a Doenjang Jjigae with Naengi. 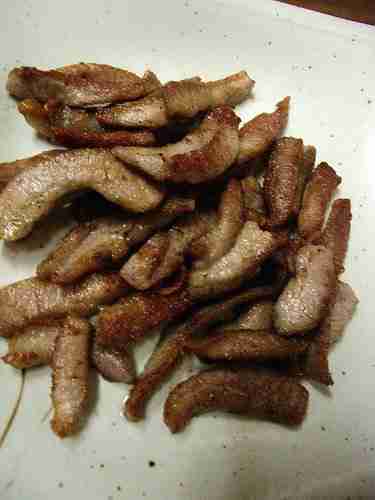 Pork and kimchi are always great together.  The things that look like French fries are a batch of Hangjeongsal.  Only the best. 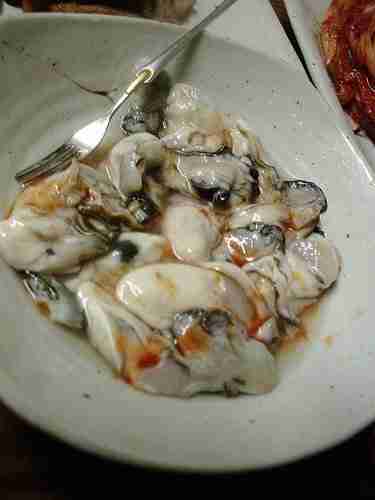 I mentioned that I also love oysters in my kimchi, so she got them separately.  I dressed them with a lot of fresh lemon juice (almost a ceviche) and Alabama Sunshine hot sauce.  Eun Jeong’s never been a fan of shellfish, but this has converted her.  She bought more oysters last night so I could make it again.  And I’ve said before, the oysters in Korea are the best I’ve ever had, and I come from near the oyster rich region of Appalachicola. 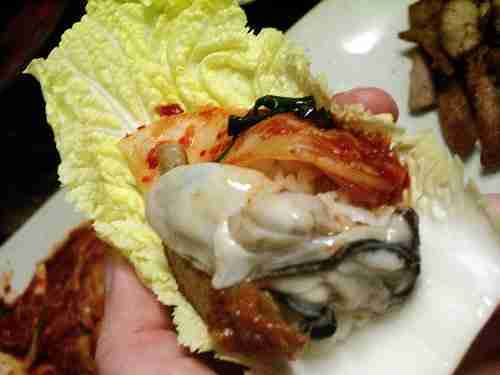 Needless to say that meals like Monday night make me feel privileged to live in Korea.  You can’t eat like this anywhere else–especially on our current budget.