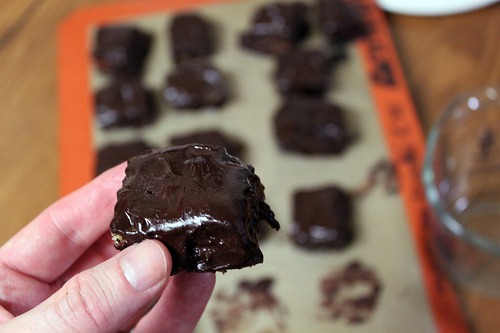 Trying to get into baking. I have an oven–something that is not too common in Korean households. So I should take advantage of it. I made a successful Coconut Rum Raisin Pound Cake a few weeks ago. Then I tried my hand at a Coffee Angel Food Cake, which ended up in the trash. Then I got cocky and thought I could make Petit Fours.

I hadn’t had Petit Fours since I was a kid, sneaking them out of my grandparents’ refrigerator. They’re delicate cakes filled with jam and/or cream covered in chocolate, bon-bon size. I thought I’d try to make some simple ones with Korean flavors. 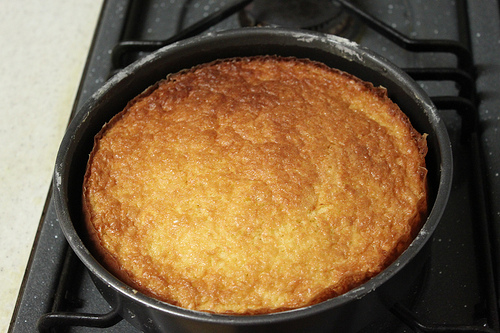 I started with the Hot Milk Sponge Cake recipe from Joy of Cooking. 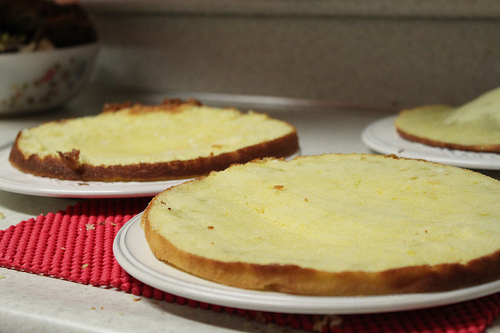 I sliced off the top and then sliced the cake in half. 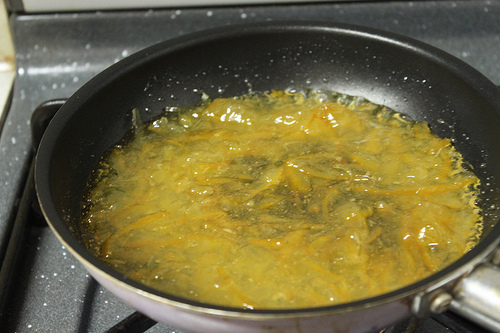 Warmed up a little Yuja Cha. You knew I was going to do this, did you? We love Yuja Cha at ZenKimchi. 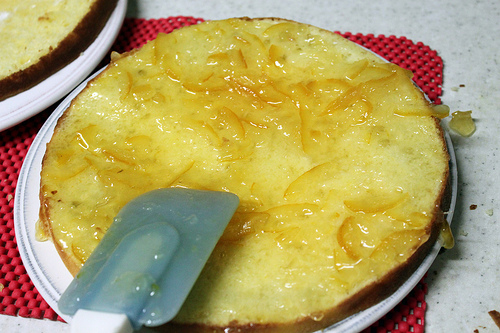 Spread the Yuja Cha thinly over the bottom half. 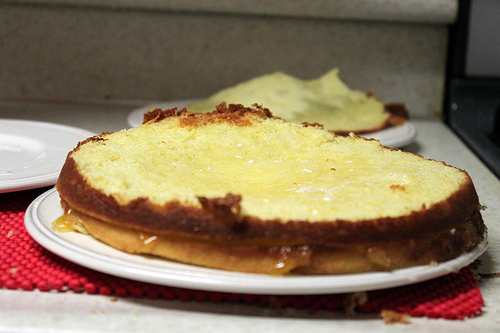 Placed the other half on top. 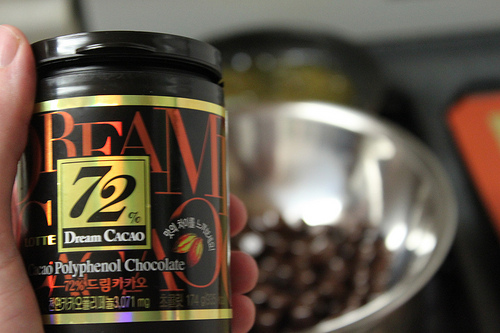 Then I got my favorite bittersweet chocolate and started melting it in a stainless steel bowl over boiling water. 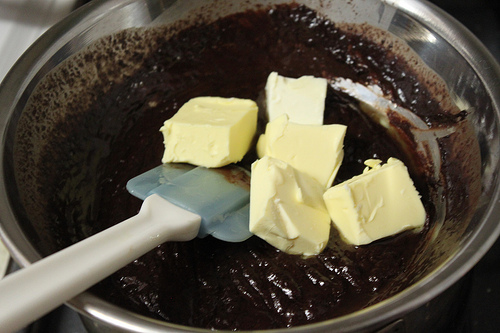 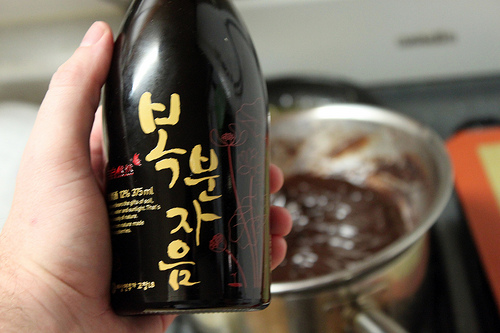 Threw in a few tablespoons of Bokbunja Raspberry Liqueur and turned off the heat. 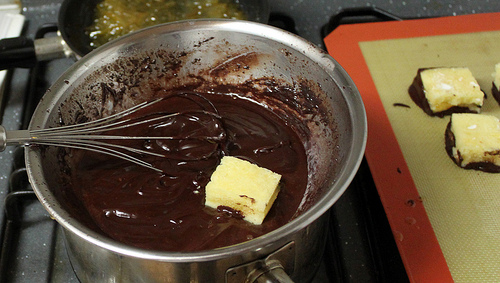 I cut the cakes into cubes, quickly dipped the bottoms in the chocolate and set them on a Silpat. 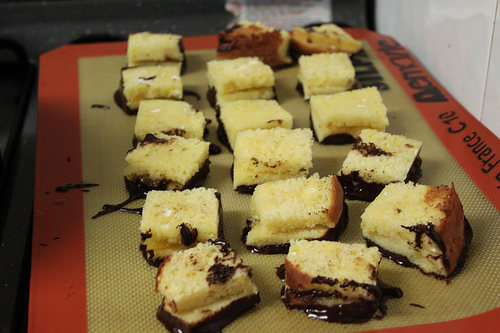 I think there’s a lot I can learn in the delicacy department. 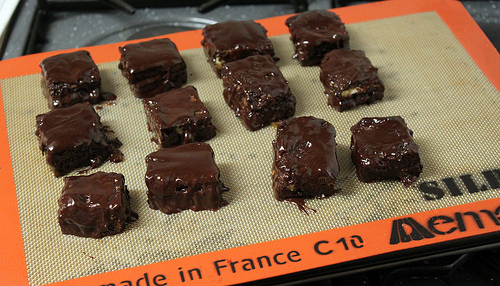 I then covered the rest of them with chocolate and chilled them. 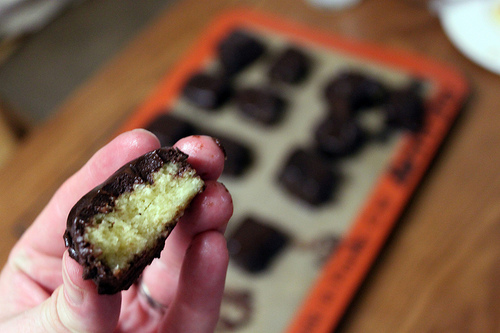 Didn’t turn out too bad, despite appearances. The chocolate was still very gooey, so next time I’ll put in less butter. The Yuja Cha gives them a Christmas-y flavor. We ate these with our morning coffee for the next few days.

Any other interesting baking ideas?