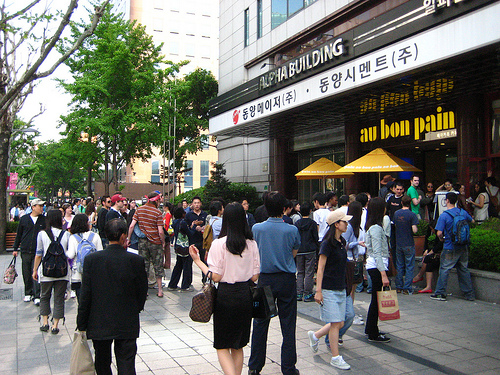 Chalk it up to efficient Facebook advertising and the cravings of expats for cheap Mexican food.  Tomatillo’s first annual Cinco de Mayo party was a success–too much so.  I don’t think they were expecting this type of turn out.  I wasn’t either, even though I knew a good many people would be there.  If Immigration wanted to perform a sweep that was an opportunity wasted.

I think many people felt cranky about having to wait two-and-a-half hours in line for burritos and about the party closing down at 5 p.m. because the food ran out.  Congratulations to the staff.  They busted their asses for hours on end, and I hope they were compensated well.

I know that feeling.  I’ve been slammed while working a restaurant on a Mardi Gras parade route.  I’ve also dealt with surprise over-success, like when the restaurant’s owner decided to have a special that gave out free margaritas with double fajita orders on Valentine’s Day and only scheduling two cooks (his brother and me).  The owner and his wife spent Valentine’s Day at the sink scrubbing cast iron fajita pans so we would have some available for the orders that were stacking up.  In both cases, we were rewarded with little cash bonuses and drinks, which was all good.

Dude, I’m in the wrong business.  I know the restaurant industry is a money loser–but yesterday showed that the time is perfect for more Mexican restaurants in Korea.

Now, I had been following Tomatillo’s planning for the event.  My friend Steve was part of it.  They put updates on Facebook.  Yet I think they were approaching it from a restaurant perspective and not a catering perspective.

The Cinco de Mayo party was a catering event.

In catering large events, the priority moves from personal service to feeding masses as quickly as possible.  You can’t accomplish both. 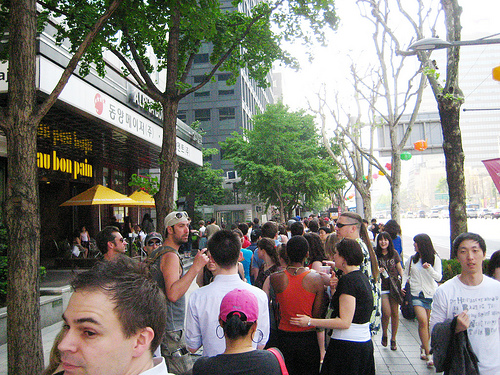 I know it’s easy to Monday-morning-quarterback events after they’ve happened.  Yet from actual experience and many errors in the past, I suggest that next year Tomatillo take this approach to the party:

And really, kudos for everyone.  Despite the heat (by Korea standards), booze, hunger and waiting, everyone was well behaved.  As far as I know, there was little cutting in line, no arguments, no fights.  People had a good time.

I personally didn’t have a chance to eat any of the food.  I love Tex-Mex, but I’m not standing in line for two hours for something that I can easily make at home.  So I just hung out with friends.  Stafford and Jen enjoyed their food and shared their booze with the rest of us. 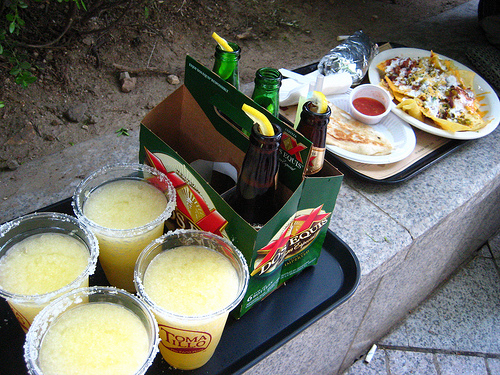 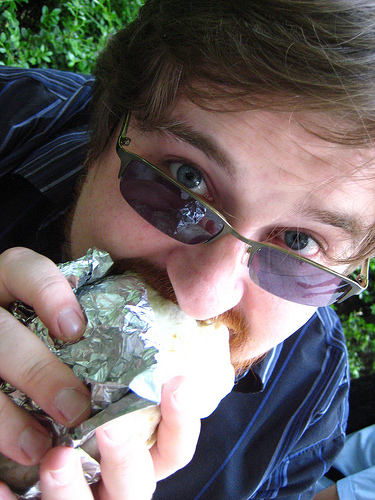 Now, here was the magic of the party.  Everyone came out for it.  It started out as Jen and Stafford from the SeoulPodcast, along with Roboseyo and Joy.  Then Sara Kim showed up, “Evil” Jennifer Flinn… 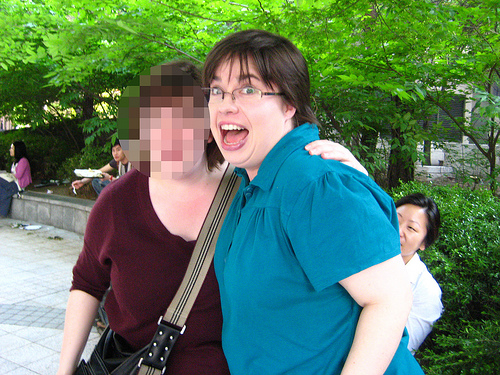 Oh yeah, historical moment.  Good Jennifer and Evil Jennifer meet at last.  As you can see, Evil Jennifer’s evil is so evil that her face pixelated itself on the camera. 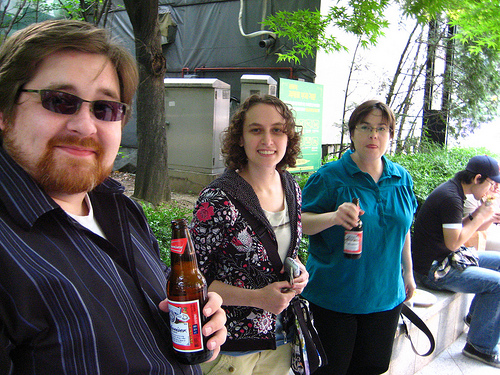 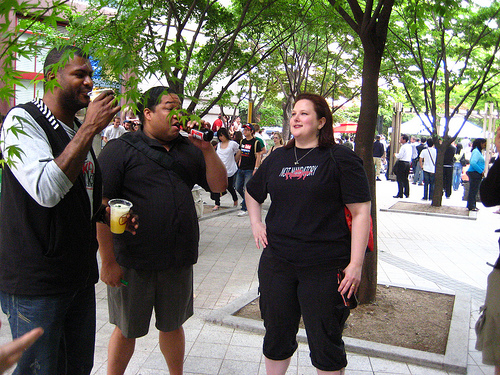 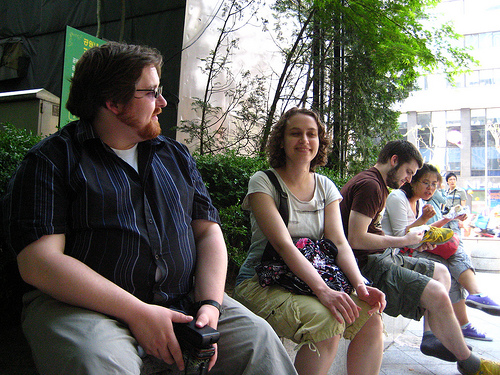 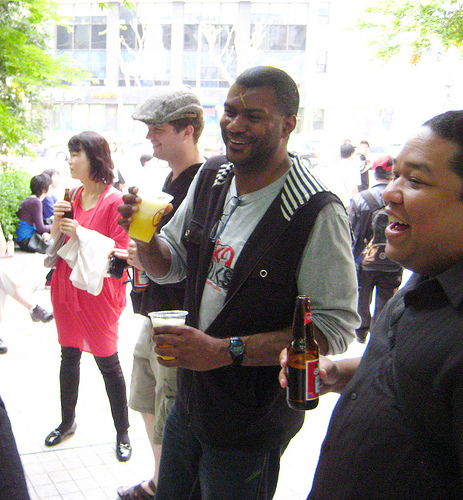 Michael Hurt, Brian from Kiss My Kimchi, Robyn, the virgin-eating tree branch… lotsa folks.  When we decided to leave the party (some of us had not eaten all day), our group lost some people and more attached to us as we walked.  Fun day.

Serious Eater in Seoul. Give her a call.