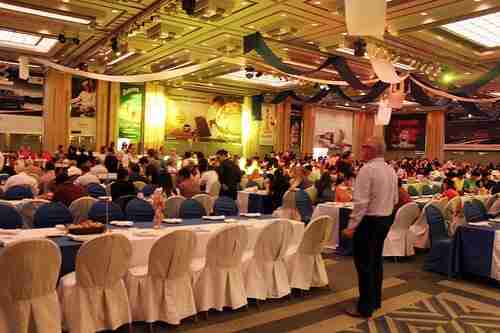 For years, the Grand Hilton Seoul has been hosting a full-on Oktoberfest. Each year I had been meaning to go. Usually I’ve missed it because I didn’t find out about it in time and had other plans. The steep price tag (W140,000) also kept me away. This year, I was determined to go. I signed up early, earning me a small discount. I then went about my business. Then I saw a post on Facebook from Hilton GM (the legendary) Ashley Cheeseman saying that he was picking the Oktoberfest band up at the airport.

On Saturday, I made my way up to the Grand Hilton. It was my first time there. It’s in northwest Seoul and a bit out of the way. Not Walkerhill out of the way. The trick is to make your way to Seoul Station and grab the 7021 bus. It’s the fastest public transportation route.

With my ticket, I got a large gingerbread heart that you can wear around your neck like the Tin Man. I also got a pair of Oktoberfest beer stein sunglasses. I was assigned table 10, where a couple of my friends were sitting. They have been doing this for a while. I sat down. Said HI. Oooh! Pretzels! 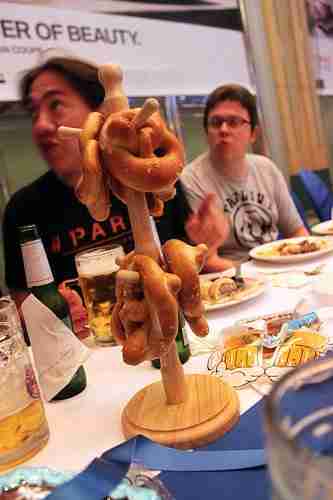 STARVING! Got up to get my food and beer. The strap on my camera broke for the first time ever, so I was flustered. A lot of my pics of the buffet didn’t turn out. But as I’ve said before, buffet pics never turn out well. 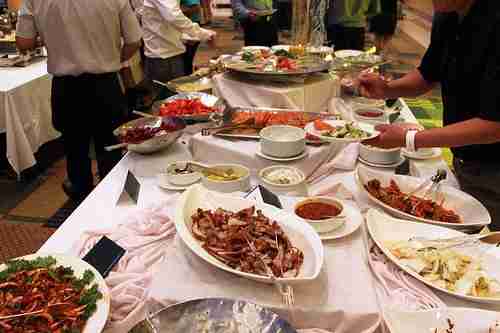 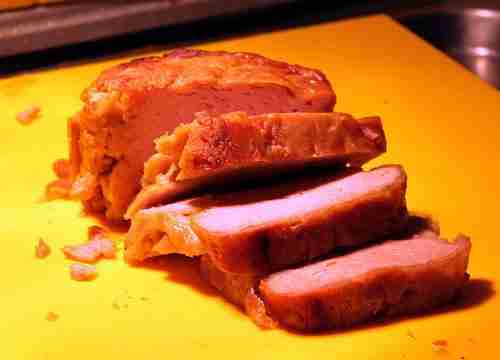 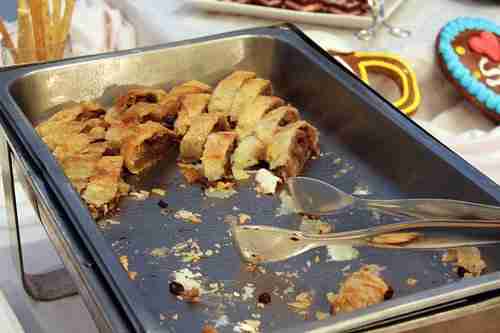 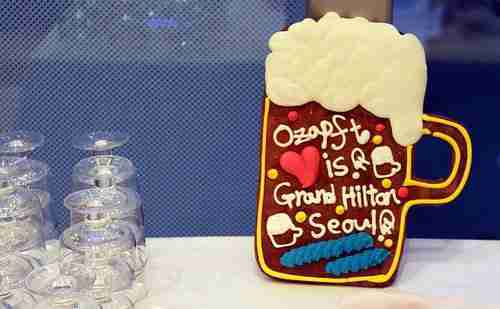 The buffet was way, way, way better than the pictures show. I lived in Germany in the early ’90s, and I dare say that I miss the food. Korean food has some similarities in the fermentation department. But it isn’t a match for German food’s heft. This is food designed for beer. Huge tracts of roast beef (not common in Korea), pork, Sauerkraut, my beloved Spätzle, Wurst, a large variety of what we would call cold cuts, tangy beet salad, creamy mushroom gravy, pigs’ feet braised in beer, buttery bread dumplings, and the desserts–STRUDEL!! 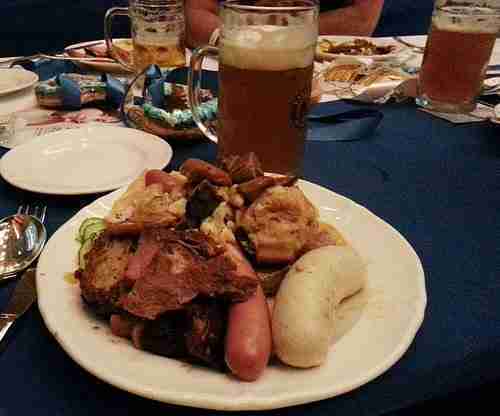 I knew I could just pace myself and come back for more at any time. Aber ich habe Hunger! The plate was heavy. Besides, German food lends itself to the Thanksgiving treatment of throwing everything together on a plate and smothering it in gravy. G-r-r-r-a-a-a-a-vy!

I ate two full plates like that plus a plate of desserts. There wasn’t much room left for the beer. 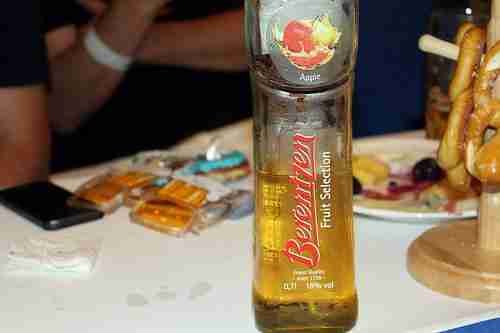 There were a few choices for beverages. Paulaner had a Heffeweizen and an Oktoberfest on tap. Beck’s had some bottles. Jäger made an appearance. There was also an Apple Schnapps I’d never tried called Berentzen. One of the guys from the company gave us a complimentary chilled bottle. This was the smoothest Schnapps I’ve ever had. Hardly any detection of alcohol. As my German friend Dirk said, “It’s apple juice.”

Things started picking up. The band paraded in. Speeches were given. A keg was tapped. And Oktoberfest was officially on.

I should note that despite what many of you would say in the comments is a steep price, I didn’t see any empty seats in the great hall. 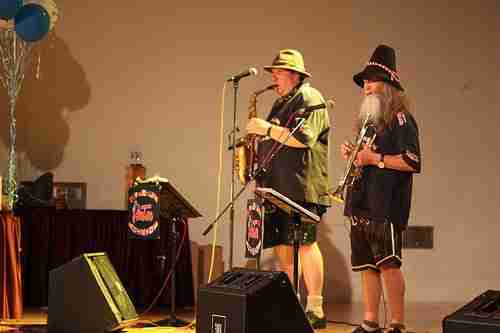 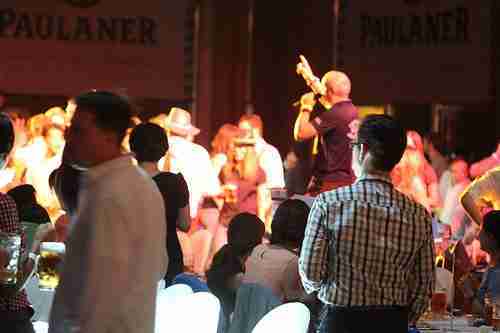 The singer energizing the crowd

As with my memories of Bier and Wein Fests in Germany, the band kept the spirits going. Beer makes polka sound metal.

Games ensued, including “feats of strength.” It started with an arm wrestling competition. Then a hammer and nail competition. Then a beer drinking competition. There were men’s and women’s contests for each. There was also a raffle that offered some stellar prizes (tickets on Lufthansa to Germany). At one point, the German ambassador joined the band on stage and played some tunes on his accordion.

Then the dance floor got crowded and jumpin’. 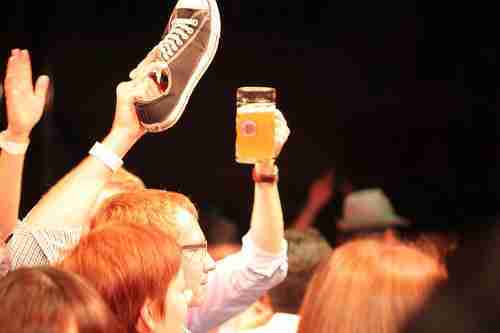 I think this song involved shoes 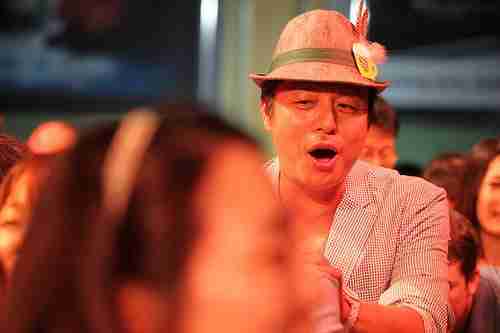 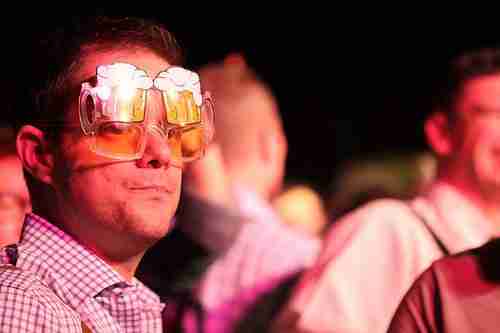 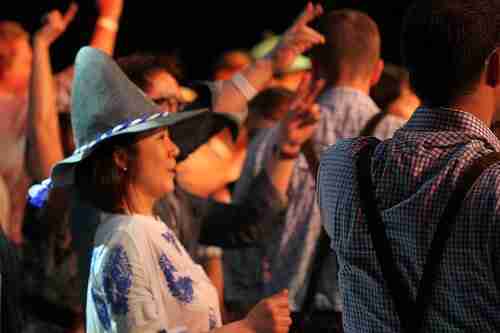 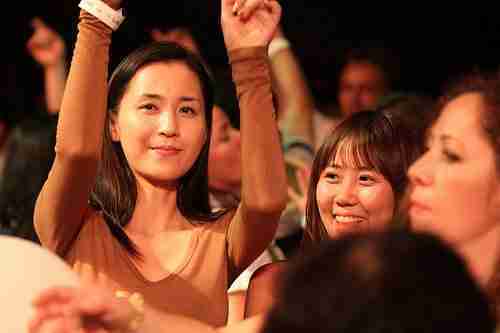 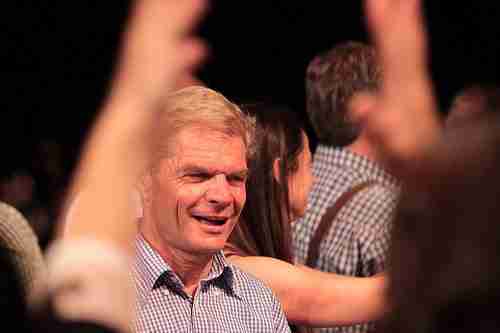 I don’t know about you, but I had a great time. All that starchy, protein-laden food with beer was making me sleepy. I overdid the food. Kept it down this time, which is better than I could say for when I did this at 18 years old. 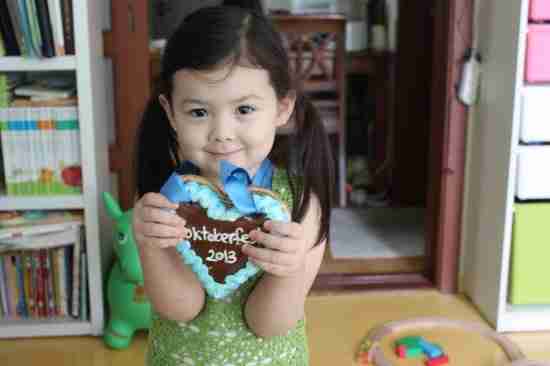