Sanchon is legendary among vegetarians and for good reason.  This restaurant serves Buddhist temple cuisine--what the monks eat.  This means no meat and no artificial do-whatsees.  They do stray from strict Buddhist codes by including garlic and some chili pepper in the dishes, but you can request the more authentic versions a day ahead.  The interior, in the heart of touristy Insa-dong, transport the diner away from the city into a secluded forest temple.  It's quiet here.  The food is the point of controversy amongst diners.  Either it's the most divine vegetarian dinner you've ever had or it's an hour of torture eating bowl of grass after bowl of grass.  It depends on one's personal taste for green vegetables, of which there are plenty.  If you do appreciate your greens, Sanchon switches on the volume with its natural rustic preparations with refined presentations.  Nothing there is al a carte.  There's a dinner set (39,600 won per person) and a lunch set (22,000 won per person).  I suggest trying the lunch set to see if this is up your alley.  Then go all out for the dinner, which includes a performance. 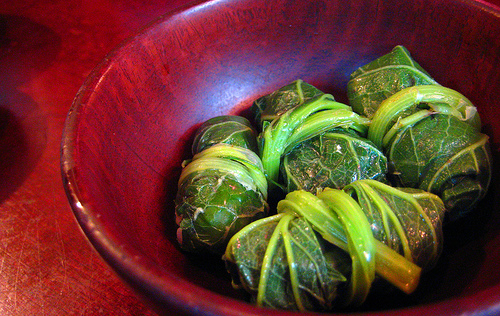 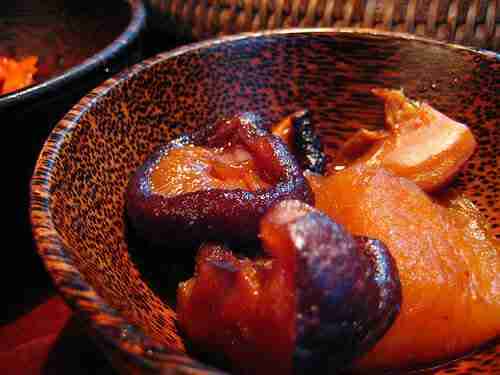 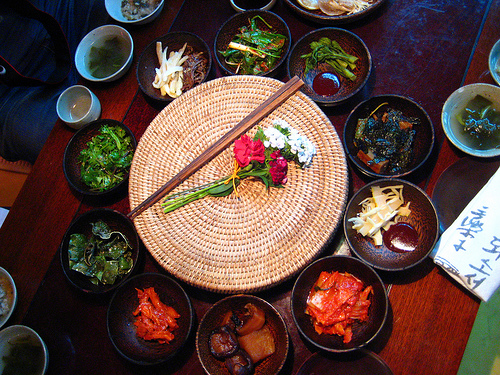