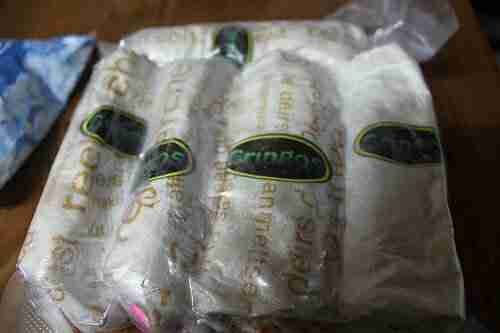 Gringos Burritos was kind enough to send over a sampler pack of their delivered frozen burritos. They're a couple of, well, gringos, Mike and Mark. And they put together this business of delivering frozen burritos around Korea. They emphasize that they make most everything from scratch.

It took me a while to get through all of them, but it was good to come home hungry and have some burritos available to pop into the microwave. 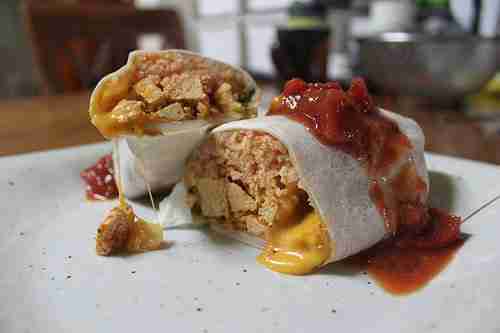 I wasn't paying attention to the labels at first, so the first one I tried was the Vegetarian Tofu Burrito. I'd never had a tofu burrito, but I surprisingly enjoyed it. The Gringos guys gave me the the tip that I should zap the burrito for one minute and remove the wrapper. Then put it in for another four or five minutes. We have one of those domed covers in the zapper to help with even heating. The salsa in the images is a jarred corn and black bean kind that I got from E-Mart. The tofu is well seasoned. There was a lot of rice, so if you like rice this is your burrito. The cheese was nice and gooey. 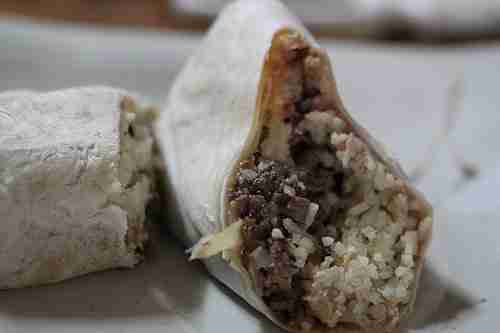 Here's the Carne Asada (Steak) Burrito, which includes seasoned steak, refried beans, cilantro lime rice, and cheddar. Again, it was nice. I would have preferred more meat and beans and less rice. I'll get to that later. But I did appreciate the cilantro. The meat itself was chopped finely, not ground or thrown in a food processor. So its texture was satisfying. 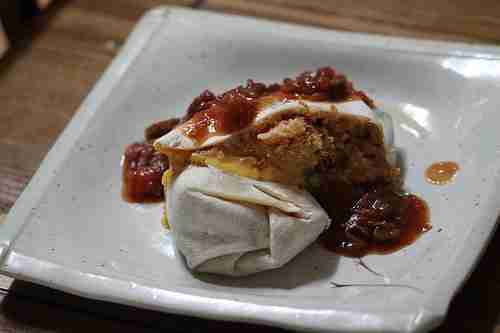 Gringos Chicken Burrito. This is the original one they started with. Slow cooked pulled chicken, refried beans, cheddar, and Mexican rice. This was my favorite of the non-breakfast burritos. Can't see well? 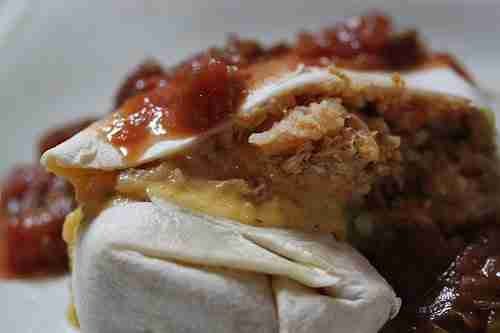 You can see that the chicken isn't chopped up but pulled. That can only be accomplished by cooking it low and slow.

Now for the breakfast burritos. 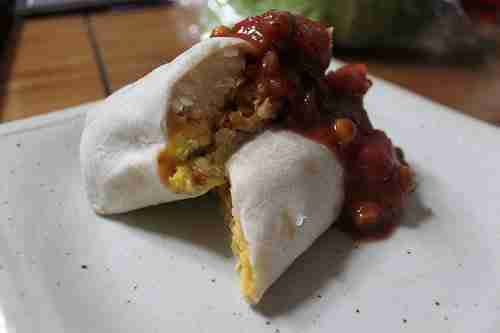 The Bacon Breakfast Burrito comes with bacon, scrambled eggs, hashbrown potatoes, cheese, and salsa. I'll come out and say that I tended to like the breakfast burritos better than the lunch-dinner ones. The bacon and potatoes were what did it with this one. The bacon was not crispy, but that's hard to accomplish in a frozen burrito. But it lent its flavor throughout the entire wrap. The potatoes acted as a lightly earthy balance. 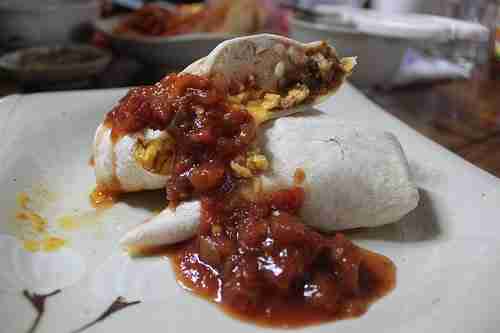 The Chorizo Breakfast Burrito was by far my favorite of all of them. The chorizo sausage itself was loose in texture and punchy with peppery garlicky flavor. It had the same accompanying ingredients as the bacon burrito. I wish they made a version of this as a lunch-dinner option.

All-in-all I'd recommend Gringos Burritos for your frozen burrito fix. I asked around online and did some research on other boards and found that rice in burritos is a regional preference in both America and Mexico. Where I come from, I'd never heard of rice in burritos until Taco Bell started throwing it in there in the '90s. I like it a little, but my logic goes that there's enough starch in the tortilla. Packing rice in there can go from subduing the spicy ingredients to just acting as cheap filler. I'm a person who misses sloppy bean burritos from the gas station and supermarket. You know, the ones that were just a dollar a pop? Yet I'm fine that others prefer rice over beans, or that they even despise beans.

As you can see from the pics, Gringos is in the rice camp. I would definitely order from them again, especially the Chorizo Burritos. I don't know if they take special requests, but if they gave the option to replace the rice with more refried beans, I'd order twenty at a time.

Go to gringoskorea.com to order.

UPDATE: Gringos has written me that they do accept alterations to orders for extra beans and no rice.