I’ll admit, despite how it looks or tastes, it’s pretty hard to mess up Korean BBQ. Let’s call it Korean grilled meat, to be more accurate. The Korean meat marinade is not that difficult to make, either. The real art is in the type of meat and its preparation. Of course, there is the grilling aspect of the experience. You see, the table side grilling at home can be quite cumbersome. If you cook the meat with a frying pan or in an oven the experience is not quite the same. Then there is the ventilation factor and fire hazard.

So, to get an authentic Korean grilled meat experience most of us will venture out to our favorite Korean BBQ restaurants. There are two flavors of Korean grills, all-you-can-eat (AYCE) and the regular pay-as-much-as-you-eat fare. In this posting, I will talk about the AYCE stuff. The more people in your party, you should more favor the AYCE restaurants… just trust me.

In the San Francisco Bay Area, there are a couple of decent AYCE joints in the Oakland/Richmond area and a very popular ‘Palace BBQ Buffet’ on the ‘K-Town El Camino Real’ in Sunnyvale, CA, but it is hard to find one in the city of San Francisco. So what to do when you’re in the City? You should check out YakiniQ in Japantown SF. 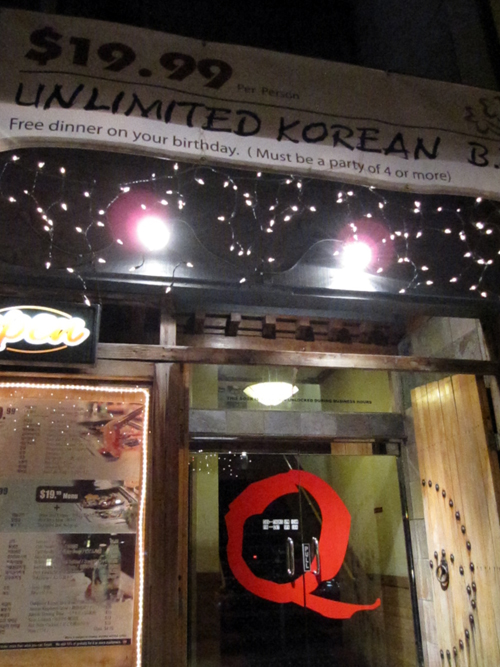 What’s the deal with a Japanese sounding name? ‘Yakiniku’ means grilled meat in Japanese. You figure out the rest. Despite the name of the place or the location in Japantown, make no mistake, this is a Korean restaurant. At YakiniQ, they offer two AYCE menus. At $19.99 you get chadolbagi (beef brisket), LA style galbi (Korean short ribs), samgyeopsal (pork belly), dalkgalbi (spicy chicken), butter garlic chicken, daejibulgogi (spicy pork), and some beef and pork internals. Add $3 more and you get bulgogi and some more various beef and pork internals. 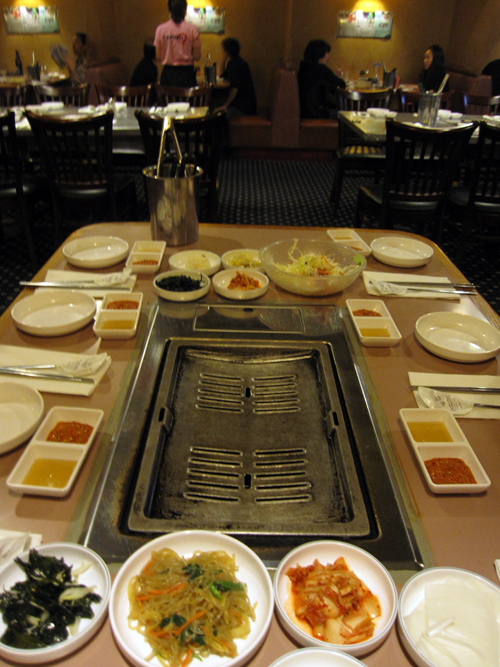 Then you have the add-ons, not unlike buying a car with optional equipment packages, such as kimchi jjigae, lettuce for your ssam, naengmyeon, bibim naengmyeon, etc… at very low additional charges. However, ddeokssamji (rice cake wrap skins) and gyeranjjim (steamed eggs) are free, as much as you want. 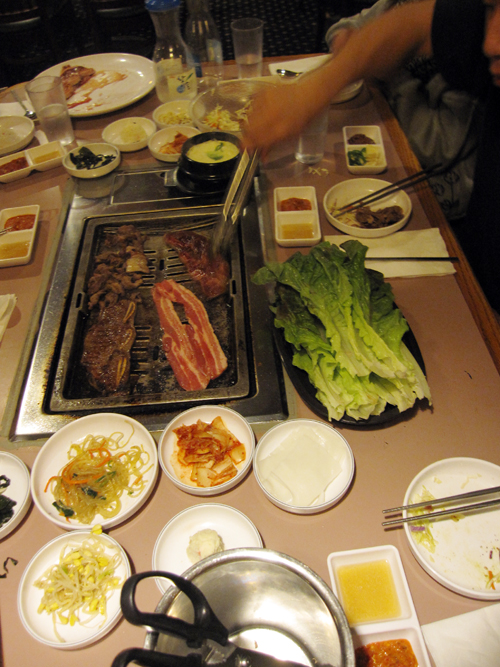 There were six of us in the party and we called ahead for reservation, so the seating wasn’t a problem. But you might want to get reservations on the weekends, this place does get packed.

First of all, the service is top notch. There are plenty of waiters and waitresses that walk around and tend to your needs–heck, sometimes they even cook the meat for you. If they are busy, there is a convenient push button at every table side to alert them, like paging for a flight attendant in an airplane. 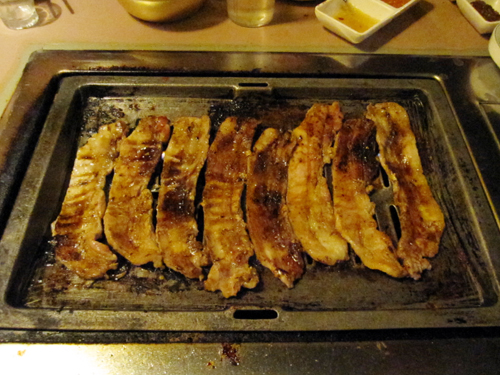 Call me cheap, we did the $19.99 menu. I cannot comment on the bulgogi, but the rest of the meat offerings were very good. The daejibulgogi and dalkgalbi were neither too sweet nor too spicy, the samgyeopsal had some thickness but still could have been a little thicker, in my opinion. The banchan they served was pretty average, but you’re not going there to eat banchan.

I almost forgot to mention that YakiniQ is an ‘order-as-you-go’ AYCE, not the buffet style. 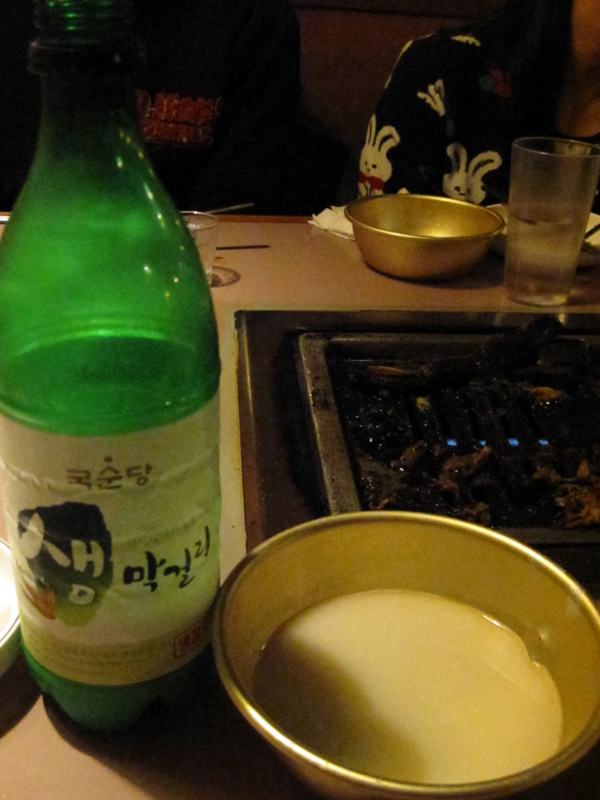 To complete our experience, we ordered some saeng makgeolli and some soju. There’s just something magical about soju and makgeolli with bulgogi… ahhhhh!