Petra: Home of the Hubbly Bubbly 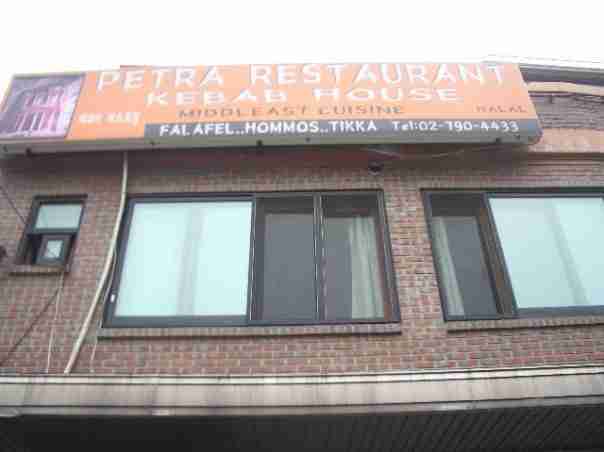 I’ve had a little Middle Eastern food in Korea, all of it in Itaewon. It’s been okay. I did get served a plate of tabouleh without any bulghur.

So I’ve been looking for some good authentic Middle Eastern fare.

So that brings me to why we were tagging along behind a Jordanian general the other day after prayer at the mosque in Itaewon. He loves the restaurant Petra, perched atop the hill behind Itaewon. It’s actually most easily reached from exit 3 of Noksapyeong Subway Station. Go over the pedestrian bridge and head right.

It’s on the second floor of a building overlooking the busy road, and there’s no sign on the door itself. Just slide it open and walk in. 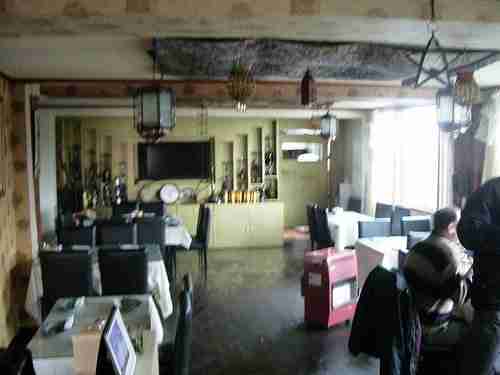 The interior is cozy and unassuming. The menu is greatly affordable. The most expensive item is 20,000 won. 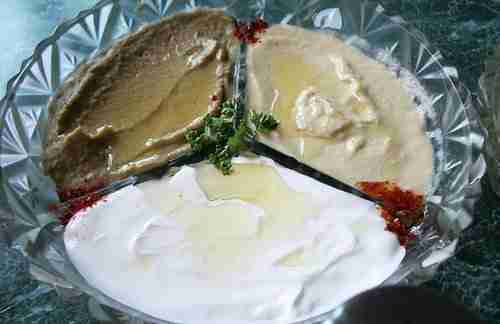 For an appetizer, we ordered the Miza, which was a combination of three dips, hummus, laban (a strained yogurt cheese), and a nut-based dip I think was muhammara. The most popular in our group was the hummus. It came out with steaming hot pita bread.

Also recommended are the Turkish coffee and the yogurt drink. Both come sweetened or unsweetened. 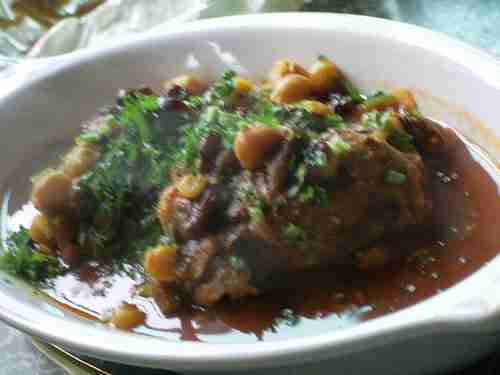 The most ordered dish at our table was the Sultan Lamb, stewed with tomatoes and chickpeas. Our Jordanian friend told us the proper way back at home was to pour everything over your rice. And the rice was greatly aromatic. 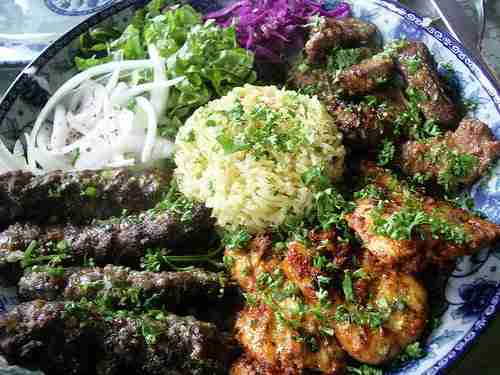 I ordered the most expensive item on the menu (again, at only 20,000 won), which was the big combination kebab set. 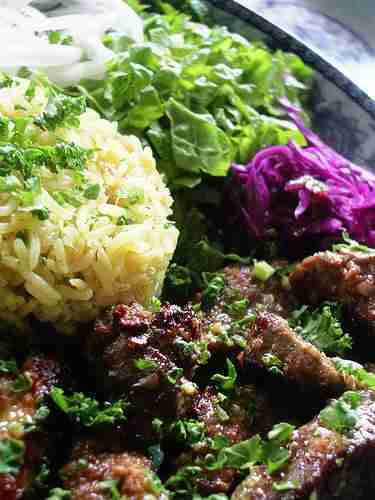 It was excellent, especially with the leftover yogurt cheese from our appetizers. 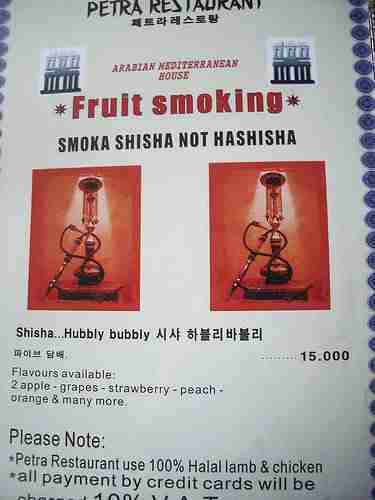 One of the specialties of Petra is the hooka, or the hubbly bubbly, as they say in Jordan. They have a variety of flavors to choose from.

That day we chose strawberry, even though the consensus was that apple was the favorite. If you haven’t figured the group I was with included a couple of regulars of the place. 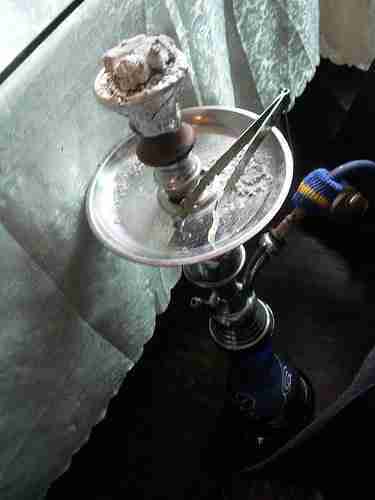 The hubbly bubbly was perfumey, not stinky like cigars and other tobacco products. More like a mild incense in the room.

Smoking it was intense. I’m not a smoker. I can’t inhale anything into my lungs, even though our Jordanian friend kept telling me it was the proper way to smoke it. 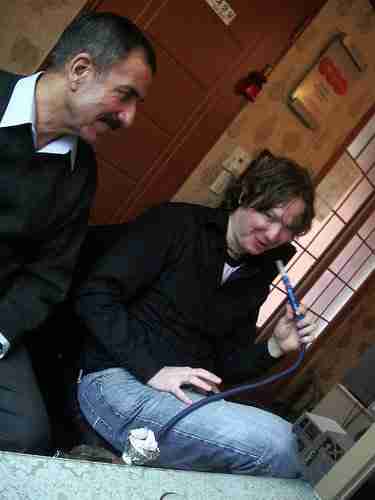 There’s me coughing up my attempt to inhale deeply against a lingering case of pollution-induced bronchitis.

One of our friends took some video of my stupidness. I’ll post it here when he gets a chance to post it.

Oh, keep in mind that Petra also has a little sister shop, Petra Shwarma Palace, down the street from the Hamilton Hotel, across from the fire station. It’s also good, I hear, but it’s more of a fast food stop and not like the original restaurant.