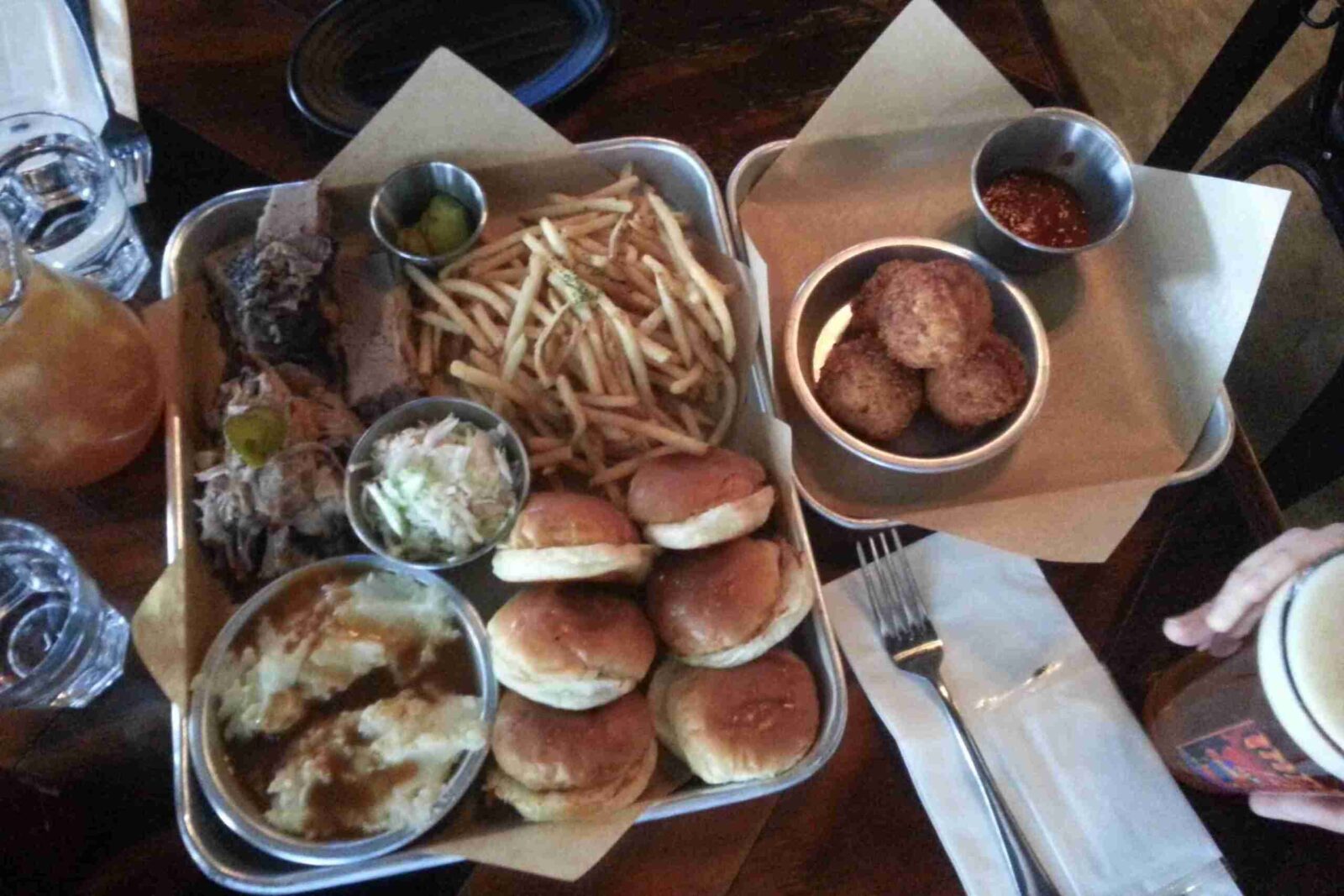 Location: Itaewon
Cuisine: American BBQ
Reservations: Taken
Suggested Items: Pork, Brisket, Ribs, Fried Mac & Cheese Balls, Skinny Fries… EVERYTHING
Birmingham, Alabama, native Linus Kim started making his mark in Seoul by holding BBQ pop-up restaurants for a few years. He then went to America to learn from the best. He returned and opened this permanent location. Since he started his popular pop-ups, an American BBQ trend has taken root in Seoul. But most of the copycats take shortcuts, like boiling their ribs or cooking their brisket at too high of heat.

Linus cooks his meat slowly. The result is tender Q that is perfectly seasoned. It comes with a tangy spicy pork sauce and a sweeter brisket sauce, but the mark of a good BBQ is that it doesn’t need the sauce. As an Alabama native who grew up in Decatur (home of multi-award winning champion Big Bob Gibson BBQ) I’d say that the pork resembles Decatur style while the pork sauce is very similar to Dreamland in Tuscaloosa. A perfect combination.

The sides are Southern soul food standards with a few playful surprises. The Mac & Cheese Balls have a touch of jalapeno and come with a marinara dipping sauce. The Mashed Potatoes and Gravy have just the right amount of lumps. There’s a fried rib on the menu that you just need to try. The cole slaw is vinegary and bright, which is perfect on the pork. The Skinny Fries are best slathered in the pork sauce. They even have the elusive Fried Okra.

The decor is whimsical. A marquee hangs up top with ribald jokes about meat. During the winter a tent covers the patio that resembles a tent from the TV series M*A*S*H.

Speaking of which, the joint is popular with American army personnel, expats, and Koreans equally. That’s also a sign of greatness.

* Please help complete this review by adding information in the comments