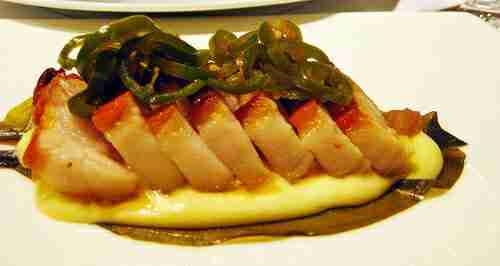 Jung Sik Dang is the pioneer of Korea's "New Korean" cuisine, marked by new techniques and a playful attitude.  The name of the restaurant itself is a joke on the chef owner's name, Yim Jung Sik and the name for a basic Korean restaurant, "sikdang." It's a small restaurant with a clean atmosphere that emphasizes the food.  They use two set menus, a lunch menu (40,000 won per person) and a dinner menu (100,000 won per person).  They are expensive, but they come with many courses of sublime food.  The menu changes every two months, and the CIA-trained chef uses his experience from working in New York and Europe to produce locally grown food using techniques that have never before been seen on the peninsula.  And it tastes good, too.  Many of the dishes harken back to familiar flavors with puckish surprises.  I should also note that the service is the best I've seen in Korea.  It's professional without being pretentious.  The servers put you at ease. 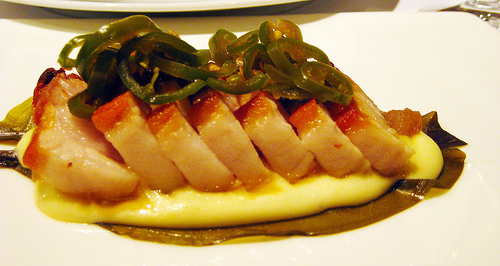 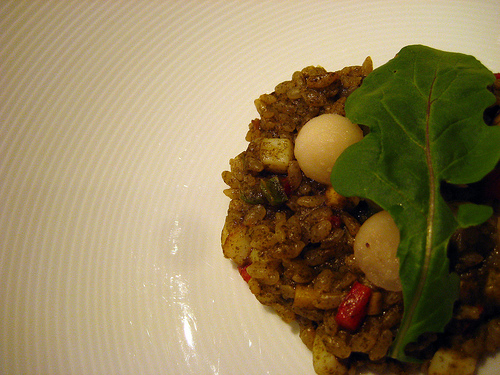 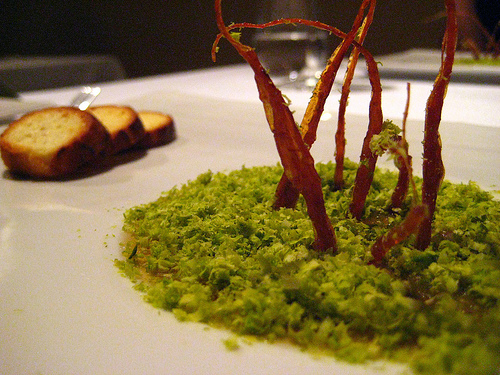