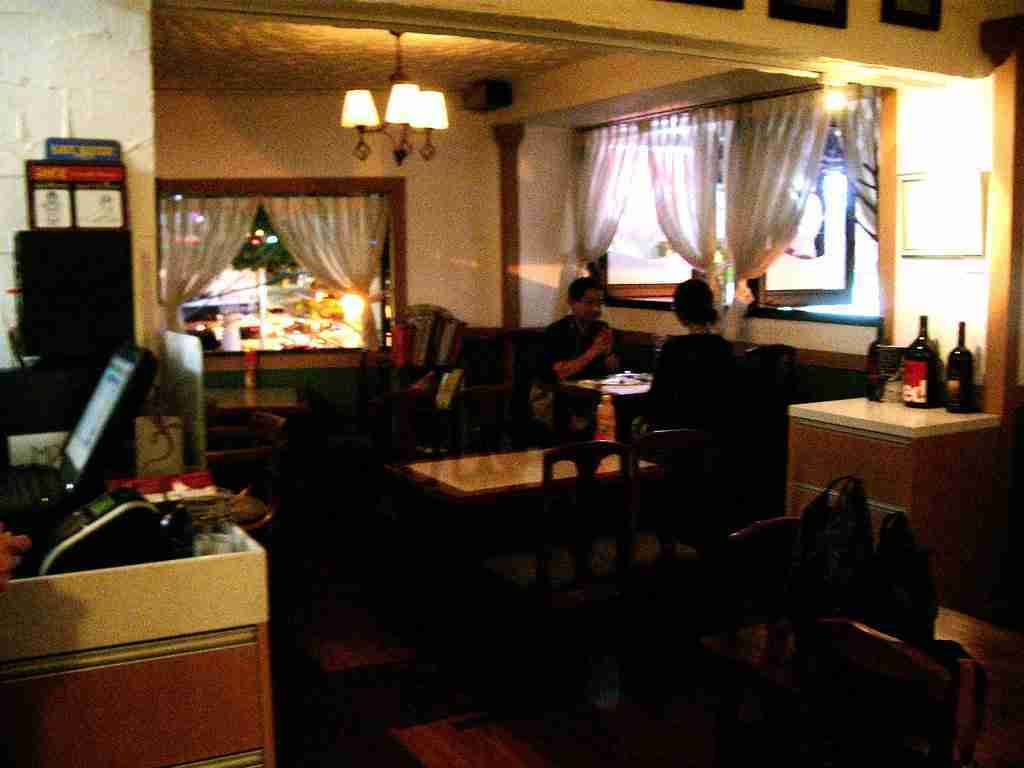 It looks like Chef Meili is getting respect from the Seoul foodie crowd. I had featured the Chef Meili Delicatessen in Itaewon earlier (now located under the restaurant). Yet I didn’t feel like I could do a good piece on the main Chef Meili restaurant itself without going there a couple of times.

Chef Meili, named after the owner and Head Chef Christian Meilinger, is an Austrian restaurant in Itaewon, located behind Gecko’s and across the street from the popular Sultan Turkish Kebab House, “my brother.” 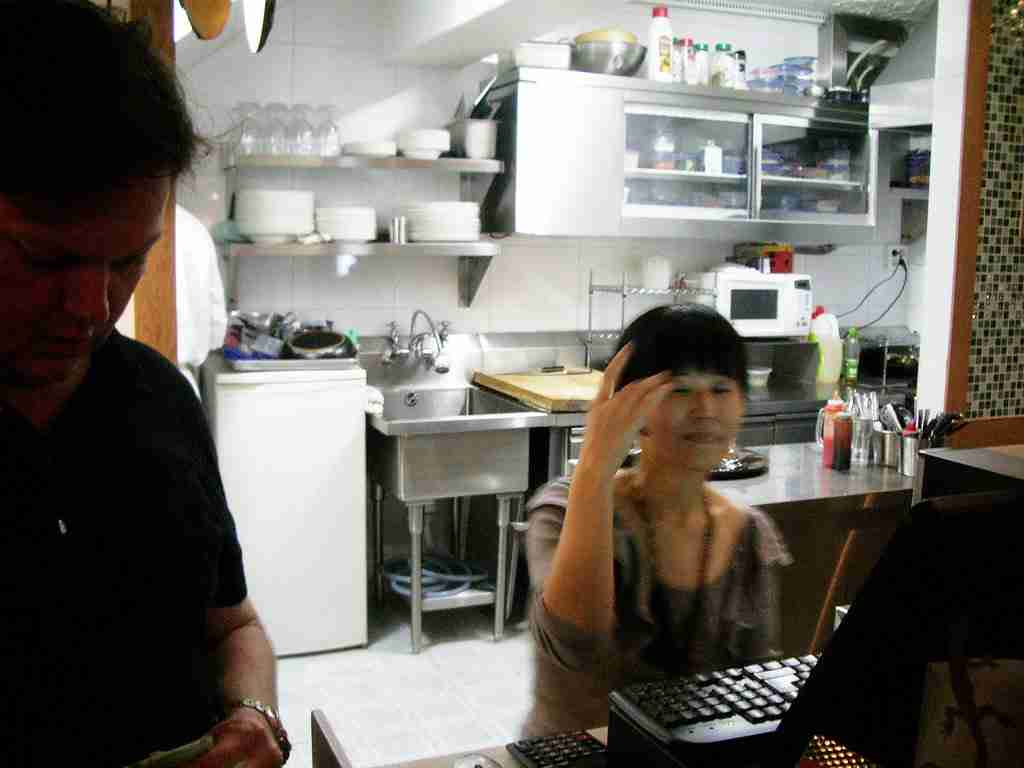 It has taken the space previously occupied by the drab and depressing German restaurant Memories. I have heard some complaints about Meili’s interior, but it is a drastic change from the previous tenant. The kitchen has opened up. There are lighter tones and more daylight in the dining room. They have also opened the rooftop balcony, which gives a nice view of Seoul, even though I’m pretty sure it’s not open during these cold winter days. 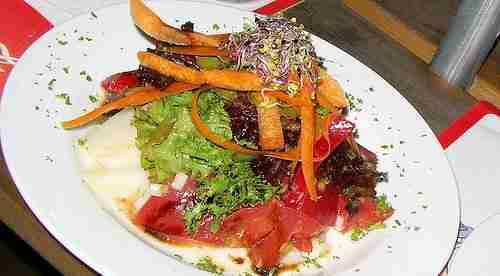 Meili specializes in good hearty Austrian food–Schnitzel, grilled meats, sausages, Eisbein. Yet he tarts it up a bit. He’s classically trained and knows his stuff. He held a stint teaching at a culinary school in Seoul, too. 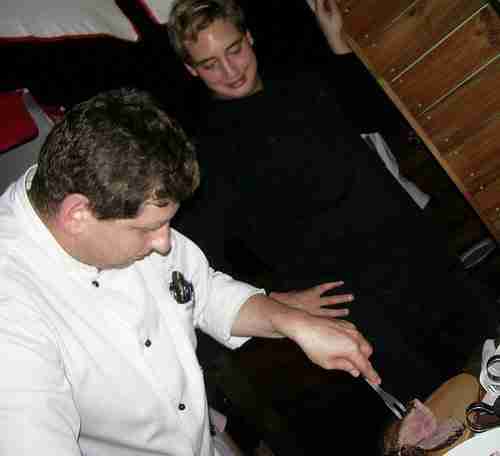 Beyond the good hearty bistro fare, he serves up a mean Chateaubriand–a perfectly cooked beef tenderloin carved tableside by Chef Meilinger himself with nice vegetables, potatoes and two sauces. 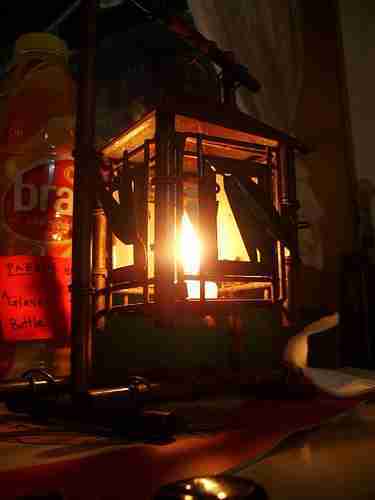 To bring in a personal story, I made reservations for my anniversary dinner with Eun Jeong. Chef Meilinger made sure that we had a nice windowside table with a candle lit to make it more romantic. 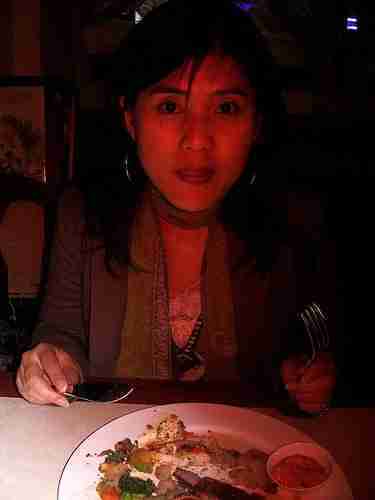 Eun Jeong is very picky about Western cuisine, especially one that’s heavy on meats. Yet she loved it. She especially liked the grilled chicken salad and the sausage. 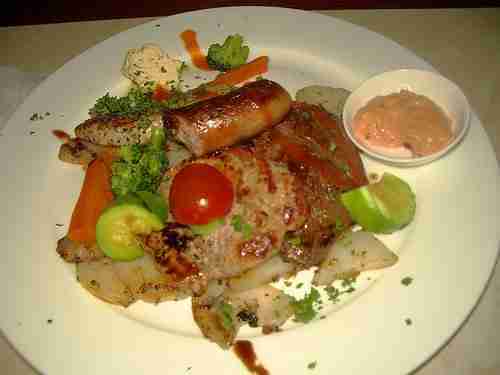 On that evening we ordered the mixed grill from the couple menu. It was a great, um, mix of meats grilled to perfection, firm vegetables, sauteed potatoes, herbed butter and Meilinger’s trademark roumelade.

Yet the other big draw for Chef Meili is the desserts. 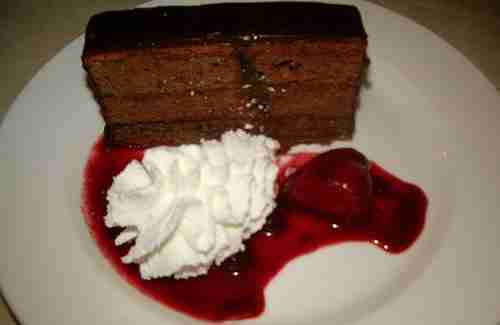 DUDE! It’s a freakin’ Austrian restaurant! Of course you gotta go there for the desserts!

In fact, a good bit of their business seems to be from people walking in for a slice of Viennese sweet and a soothing coffee.

I don’t remember the names of all of them, but the desserts are all made from scratch. And there are usually special desserts off menu. Make sure to ask. 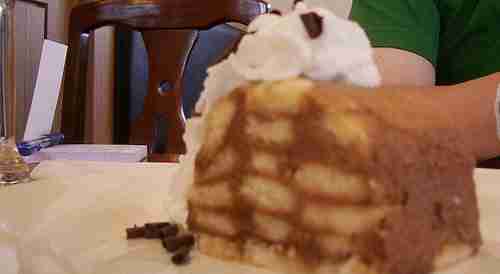 Don't remember the name, but it was soaked in alcohol--thus--GOOD 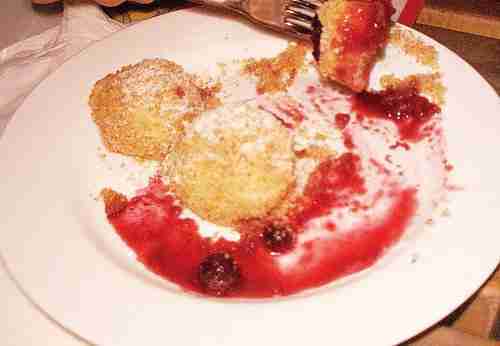 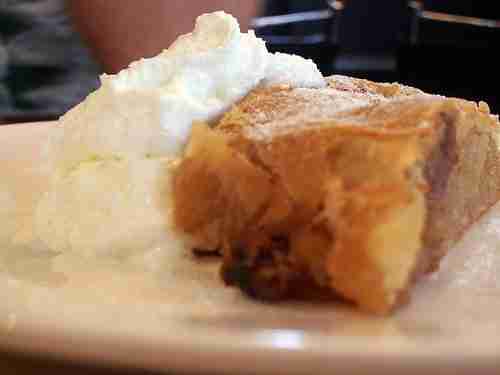 Chef Meilinger brings a passion for food that is missing in many establishments in Seoul. Get the guy started talking about food, and his eyes light up as he goes into enthusiastic prose over the most humble of ingredients. He makes what he can in house or in the deli, including the sausages, sauerkraut, bread and desserts. Recently, he invited a Michelin-starred chef to have a guest menu at the restaurant for a weekend. That’s the type of gourmet event Seoul needs these days–usually reserved for the fancy pants hotels. Miss Koco went to that event and loved it, as did Epicourageous Dan.

There is also word that Chef Meili is planning to have a nice European Christmas banquet with roasted goose (note that this entry was written in December 2007).

Chef Meilinger is so hands on that he sometimes serves and buses the tables himself, just so he can interact with his customers.

In a time of new wealth in Seoul, a lot of upscale restaurants still don’t have it right. They associate only money with class. They substitute pretension for quality. I had recently gone to a very expensive fine dining Korean restaurant in Apgujeong (will write an entry for it at a later date), and they had all the right fancy tableware, tablecloths and inflated prices–yet the food and service were mediocre. They actually had the gall to take our food, make us feel unwelcome and pressure us out the door when 10 o’clock rolled around.

This is not the experience at Chef Meili. Chef Meilinger, his wife, his sous chef Christoph and the rest of the staff make you feel like you’re at home. You feel welcome there.